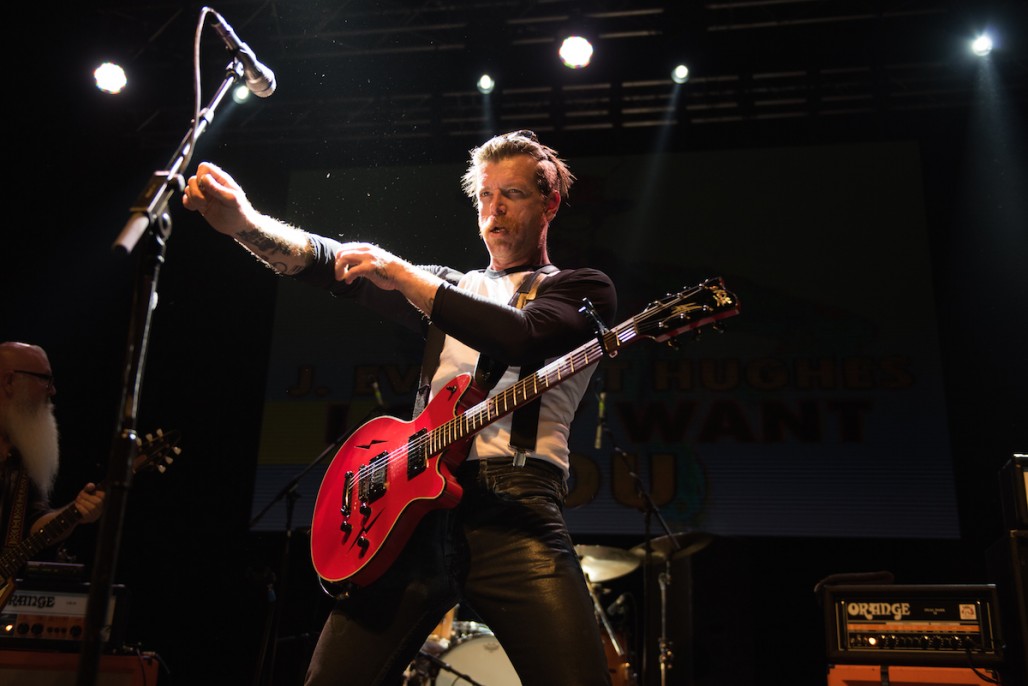 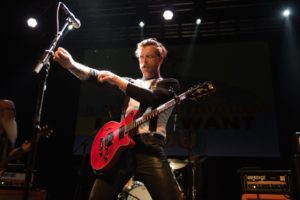 The nightmare Nov 13th slaughter of innocent fans at the Bataclan has left an open emotional wound in the survivors and beyond. Recent comments from the singer of the headline band that night, Eagles Of Death Metal have caused controversy and seen the band removed from a couple of French festival bills. They are also deeply offensive to his fans, as Bataclan survivor Tony Scott, who also wrote this brilliant article on surviving the massacre points out.

Noel Gallagher once wrote “Please don’t put your life in the hands of a rock ‘n roll band.” In light of recent comments by Jesse Hughes, front man of the Eagles of Death Metal this would appear to carry some weight as his words anger other survivors of the ill fated concert at Le Bataclan on November 13th 2015 and ultimately have him ousted from two major festival appearances.

Hughes band were on stage at Le Bataclan, Paris last November when terrorists stormed the venue leaving 89 dead and countless more injured. Like the rest of us who escaped that night, Hughes is another survivor having to deal with the same terror and ordeal as the rest of us. The effects of that night on each of us is a personal thing and manifests itself in different ways. Many have gathered together on the internet to show each other support and a community, Life for Paris, has grown from it. When one of our own throws accusations and insults in front of the media it tears deep in a community still coming to terms with the events of that night.

This isn’t the first time that Hughes has aired is views since the attacks. Earlier in the year he was interviewed accusing security guards at Le Bataclan of having knowledge of the attack and it being an inside job. Security guards that night saved peoples live and there was outrage within the community at his comments. In March he apologised for his comments saying they were absurd and admitted he was suffering from post-traumatic stress disorder.

In his recent interview, six months on from the attack, he describes those shot as falling “like wheat in the wind—the way you would before a god” and one woman he describes “surrendered to death in front of my very eyes.” Language like that is deeply upsetting to those who escaped amid the carnage and those who lost loved ones. Jesse Hughes was on stage, his freedom of movement gave him an edge when getting out of there. The audience were packed in, a capacity crowd. Those in the pit were hemmed in, getting out was never going to be that easy. To say they “surrendered to death” is an insult to their memory. He goes on to accuse staff at Le Bataclan of being involved once more. His remarks are racist in nature as he generalises Muslims for committing the attack. It’s similar language that we hear Donald Trump use in his attacks on the Muslim community. He advocates the use of guns in the hands of civilians to counter terrorism, yet statistics bear out that there are more people killed in the US each year by guns than terrorist attacks.

If you dig a little into Hughes back story you’ll see he’s an ordained minister of the ‘Universal Life Church’, a vocal member of America’s gun lobby the NRA, a Republican and supporter of Donald Trump. He also has a degree in journalism.

Before the attack on Le Bataclan, Hughes limelight only spread as far as those with an interest in the band. The attack on the 13th November has catapulted him into the global spotlight. Like Trump, Hughes words are divisive and he’s using the media to garner publicity for his outspoken views.

It’s hard to see who his views are directed at given the channels he’s using for his outbursts. The latest is an Canadian self proclaimed right wing magazine. Perhaps he believes he is supporting Trumps campaign by doing so? Whatever his intentions, political or otherwise his comments are upsetting the online community that came together to show support to him and each other.

It’s easy to see why his comments are causing so much hurt. Unlike a politician, his fans have invested time and emotion into a band whose music they buy and gigs they attend. There is a rapport between a band and its fans, some of which are dedicated followers. They already feel like they know him. This rapport is strengthened still as Hughes is a fellow survivor and the compassion extended in the community of survivors is also extended to him. Comments in the media like his are a stomach punch to those fans, especially when they are still dealing with their own trauma. He is alienating the very people who helped him get where he is. At his return gig at L’Olympia he expressed his love for the people of Paris yet his words bite into still raw wounds and he doesn’t appear to see the hurt they cause.

His words are also causing division within the community when we should be supporting each other. There are some that staunchly defend Jesse Hughes and lambast other survivors for voicing their anguish at his comments citing that he too is a victim and entitled to his express his view. This kind of crosstalk is only exasperating peoples upset as it suggests that Jesse’s hurt is more valid than any other victim. The fact of the matter is that Hughes celebrity status puts him in the media lens and anything he says is amplified across the community. He is no more a spokesman for the events in Paris than any other survivor.

His comments have also caused promoters to remove his band from the bill at two French festivals, Rock en Seine in Paris and Cabaret Vert in Charleville-Mézières. Rock en Seine would have been an important gig for the band given their solidarity with Paris but now that solidarity falls in tatters.

It is clear that Jesse Hughes has issues that he needs to deal with and I hope that he gets the support he needs and, following these cancellations, takes time out to address his feelings and the impact it has on his fans, the other survivors and families of those that lost their lives in the Paris attacks.