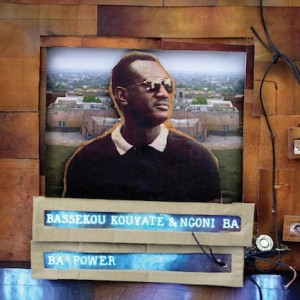 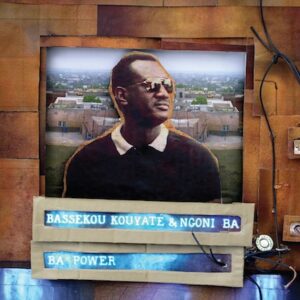 There can be no doubt that Bassekou Kouyate means business on his new album. Moving on from Afro-funk to Afro-rock, Ba Power (literally meaning Great Power) is by his own admission the hardest sounding album he’s made.

His playing seems to have taken on new forces and new meaning and opening track Siran Fen is a powerhouse from the opening seconds. The manic playing is controlled yet frenzied and really does take the man up to a new level. Already one of Africa’s premier global artists his CV is impressive with award upon award bestowed his way. His last album, Jama Ko, was named Best World Music album of 2013 and Ba Power can do little but emulate that success.

With guest appearances from Samba Toure (who plays lead guitar on Fama Magni), Dave Smith (current drummer with Robert Plant) and avant-garde jazz legend Jon Hassell, Kouyate seems to have extracted the finest musicianship from himself and everyone involved.

Amy Sacko provides quite stunning vocals, not least on Abe Sumaya where her tones are as commanding as any other instrument that plays alongside, grasping the song by the scruffs and forcing it to reach even higher. Aye Sira Bla beautifully exhibits the sound of the ngoni as it skips then screeches through a traditional sounding song and Borongoli Ma Kununban slowly ascends from a subtle intro to a gargantuan cacophony of guitar sounds.

Recorded in late 2014, Ba Power is a family affair featuring sons, brothers, nephews and spouses at the original sessions. Kouyate’s also looked beyond Mali for musicians and influences using the trumpet, drum kit and electric guitar extensively for the first time.

On album closer. Bassekouni, we are treated to three and a half minutes of instrumental blues which seems to perfectly end the collection of rock, jazz and Afro. Ba Power is a great album and probably Kouyate’s finest to date and deserving of all the accolades that it will surely attract.