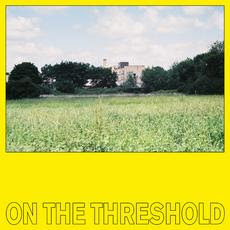 Basic Rhythm: On The Threshold

Anthoney Hart (who last appeared on Planet Mu as East Man) returns under his Basic Rhythm alias with a new album ‘On The Threshold’. Simon Tucker reviews.

It’s around a minute in to On The Threshold’s third track ‘I Want You’ where it suddenly dawns on you that what you are listening to it isn’t just the work of a producer creating music for DJ’s. Instead, this is an album that is wonderfully intimate in nature where the sonic landscape in which it is set is close around your shoulders. I Want You is the sound of chrome-soul where the bass and synths bubble and melt away whilst a female vocal taps straight into the heart of acid-house culture. Yet it doesn’t sit still. It never settles as Hart allows for a changing of the path for a few seconds in the middle of the track which is a trend that is carried throughout the album.

‘On The Threshold’ is an album where Hart has created his own mini-verse and in there he births tracks that have their own distinct character which in turn helps make the album less “concept” in feel (where each track flows in to the next one) and more like a series of individual tracks that, whilst the have a slight sense of being related in some way, feel more like singular statements. Missives from within.

Throughout its running time ‘On The Threshold’ manages to feel familiar in tone yet wholly unique. Tracks like St Fabian Tower and Edge of Darkness manage to tap into the deeper sounds of bass music with the latter in particular being a growling and unsettling trip. The Light manages to walk a thin line between the upbeat and the gritty playing out like a distorted Cronenberg managed disco whilst Slice Neck seduces you in before unleashing scattershot rhythm’s and off-kilter bass patterns.

Whilst ‘On The Threshold’ will be gleefully dissected and cut apart by DJ’s it is only when you sit and listen from start to finish do you fully appreciate Hart’s skill at balancing the single with the whole and his wonderful composition skills.  Highly recommended.