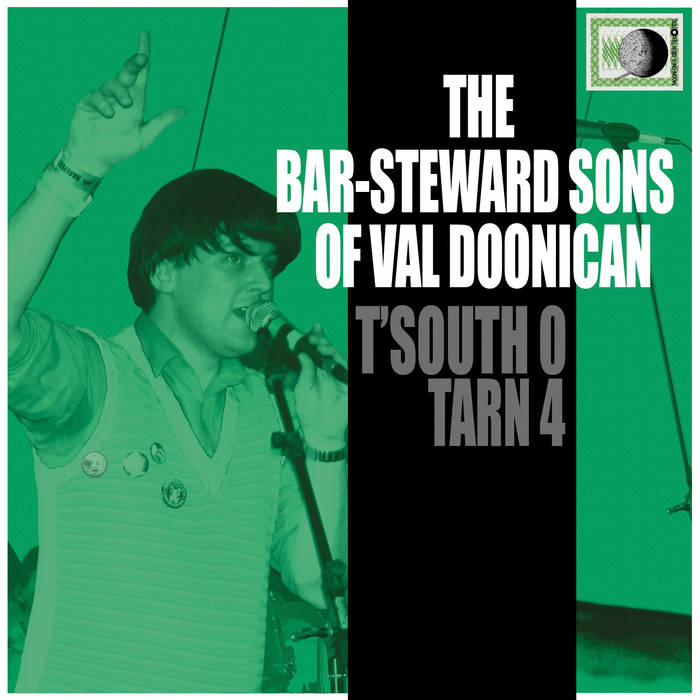 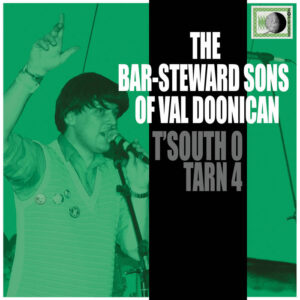 Let’s get this one out in the open before we start.  It is a difficult task when you are asked to review an album such as the Barsteward Sons of Val Doonican’s latest offering.  It’s fair to say that not everyone is a fan of parody records.  It is all too easy to write this sort of thing off as a gimmick and pass on to the next thing in your inbox. That would be doing hardworking bands a disservice, especially when the band in question have become a real favourite with festival crowds across the country.

The Barsteward Sons Of Val Doonican have spent years perfecting their act and their madcap antics have endeared them to an ever growing following.  Crowd surfing in a rubber dinghy anyone?

That said, the worry is always that songs that are hilariously funny when you are sat in a festival field with cider don’t translate to the recorded format.  The question is do the Barsteward Sons manage to pull off that transition?  The answer probably lies in whether or not you are up for a laugh or not and for most of us that means “it depends.”

The Barsteward Sons do not try to make out that they are anything other than a bit of good old-fashioned fun and as anyone who is a fan of their song “Lady In Gregg’s” will know they take having fun very seriously. 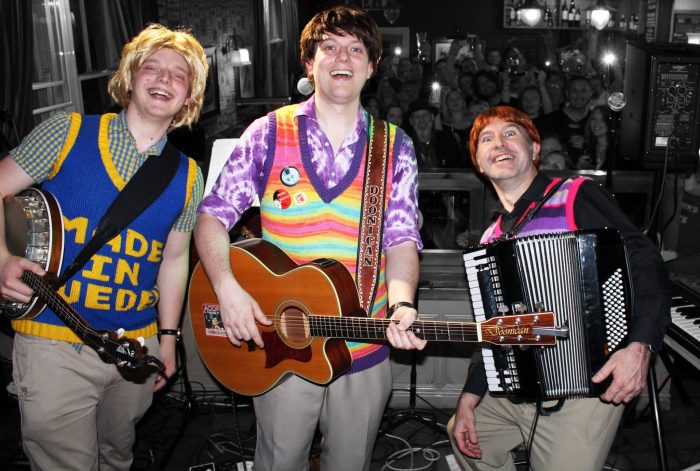 Lets point out that the Barsteward Sons can actually play, there is no backing track overdubs here.  The songs don’t take the usual route of adding a disparagingly rewritten chorus line either.  The songs are totally rewritten in amusing ways and bear only a passing resemblance to the original songs.  Whether or not you like the original will to a degree determine how much you enjoy the parody.

For my part Crappy Flowers (Housemartin’s Happy Hour) is a great opener, it had me giggling along with the visions of the 3 Am drunk taking home the last bunch of flowers from the garage as a peace offering to their significant other.  “It’s Only Man-Flu” (Crowded House – It’s Only Natural) probably takes my gong for the best tune on the album.

Festival Heroes (Bonnie Tyler- I Need A Hero) is another standout.  It is really cleverly rewritten and anyone who shares my obsession with the UK festival scene will recognise many a character from the song.

To be fair not everything on the album worked for me Walking In Man-Piss (Marc Cohn’s Walking in Memphis) didn’t translate for me.  It is probably the nature of an album like this that some songs will tickle you whilst others will touch a nerve.  If you are a fan of the Barsteward Sons then undoubtably you will enjoy this latest offering, it is fun and you can’t help but laugh out loud at most of the songs

Whether or not the songs make the leap from stage to disc will of course be matter of opinion.  My opinion is that in most cases the answer is yes.

The Barsteward Sons Of Val Doonican are on the internet, on Facebook and they tweet as @barstewardsons.