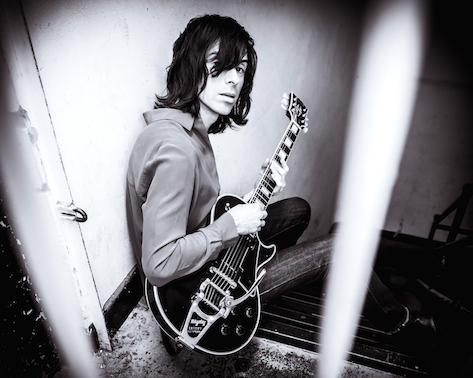 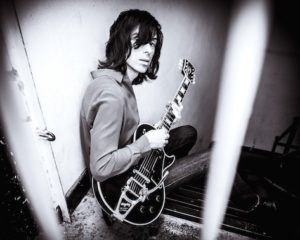 Barrie Cadogan has fronted Nottingham’s inspired garage-surf-soul outfit Little Barrie since 1999, and, after moving to London in 2000 to work in a Denmark Street guitar-shop, has developed a reputation as the premier go-to alt-rock guitar wing-man for the likes of Primal Scream, Johnny Marr, Morrissey, Edwyn Collins, Damo Suzuki, Paul Weller (Little Barrie were the backing band on his ’22 Dreams’ album), Spiritualized, Anton Newcombe and The Chemical Brothers, amongst many others. The Cobra Lamps is Barrie’s first solo project and the self-titled EP will be released on 1st July via Anton Newcombe’s A Recordings.

Listen to lead track ‘Known To All’: https://soundcloud.com/a-records-6/the-cobra-lamps-known-to-all/s-ccmKj

This album started it all, inspiring me to pick up the guitar. I owe that to my older sister who was at college by 1989, buying records and going to gigs every week whilst I was still at school. She must have bought the album around the time it was released and it was on constantly in the house. The songs just kind of crept up on me and stuck in my head. I started playing the album on my own when my sister was out, just looking at the black and white photos of the band. I didn’t know anything about them, the liner notes didn’t give much away, but that drove the imagination. I thought it was was the coolest thing I’d heard and that the band looked way cooler than any pop band or what anyone at school was wearing. I became fascinated by the songs, the sound they were making and who they were, especially John Squire’s playing and the look of that semi acoustic Gretsch guitar. We wore that record out. Shoot You Down was the first song that grabbed me, when my dad heard it he played me his original 45 of The Wind Cries Mary and also suggested I listen to The Byrds. From there this album took me from one record to another, absorbing more and more music as you go. The outtro on ‘Resurrection sealed it, I asked for a cheap acoustic guitar that Christmas. It was that key point when a movement in music or a record and a band changes everything. Playing guitar was all I wanted to do after that. To then get to play with Mani years later in the Scream was unreal. We were lucky enough to open for the ‘Roses in 2013 at La Cigale in Paris. They played an incredible show, the energy in the room was off the scale. I could have never imagined anything like that ever happening back in 1989. It’s a brilliantly written and performed record, all the songs are belters.