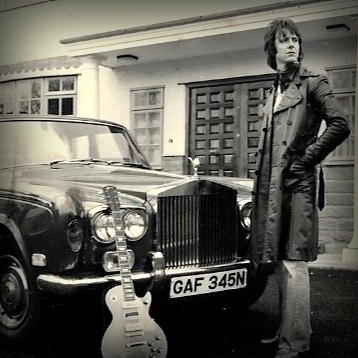 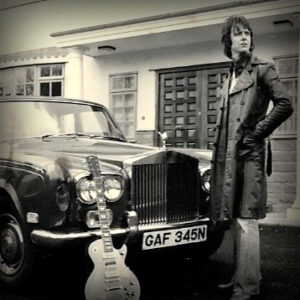 Twenty-five years after Barry Blood’s premature death in December 1989 at the age of 45, his master recordings are being restored and re-mastered for the digital age by his son Steve Blood (Bad Dads Club, The Hollow).

Barry Blood was a leading light in the Manchester music scene from the late 60’s onwards when his band The Trixons supported The Beatles at the Pavilion Gardens in Buxton in 1963. He also worked as a session guitarist for Shane Fenton/Alvin Stardust, and writing, recording and touring Europe with The Blood Band.

In 1985 his song ‘Killing Time’ was chosen by producer Malcolm Gerrie to feature in BBC’s EastEnders to support the story line of the on/off love between Den and Angie.

She’s the Queen of My Rock and Roll World was released as a 7″ single on Barry’s Wrechord Records label in 1982 and is currently attracting high prices by collector’s for its rarity and it’s classic blues-rock performance.

Safari (1975) is an early instrumental recording from 1975 whilst Casino, from 1985, shows the development of Barry’s writing and production technique fusing rock solos over a pop production more akin to Trevor Horn (spot similarities to Frankie’s Two Tribes).

Steve will be releasing a full studio and live album of his Fathers re-masters later this year.