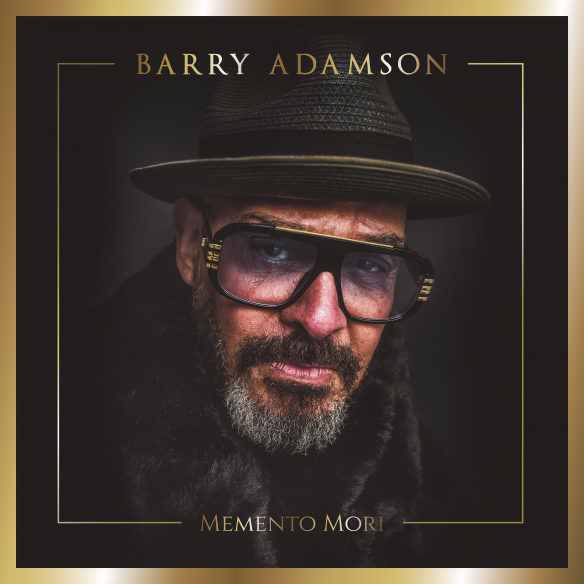 There is cool. There are kings and queens of cool and then there is Barry Adamson.

The king of the post punk sidemen who took his bass round the planet in the coolest bands and still found time to carve out his own distinctive niche.

His CV drips with the essence of the kool stuff. There were the decades on bass guitar duty with some of the greats like Nick Cave, Howard Devoto and many other shape shifting culture changers and yet he was never in their mighty and dark shadows.

Tonight, though is a celebration of his own back pages. His own crafted catalogue. An endless cycle of songs that remind you of his own innate greatness on the recently released career retrospective,  Memento Mori (Anthology 1978-2018), a 40th-anniversary release charting his writing and recording career.

You feel guilty for forgetting just how much great music BA has been dealing since his flirtation with fame and those Mercury Awards for his soundtracks to films that hadn’t been made.

The set is seamless as it swerves from smokey jazz, big soul, deft dark pop, lounge noir, Issac Hayes ambition, soundtrack soundscapes, jazz skronk, lush melodic workouts, post punk noise skree and the finger clicking big beat guru in the middle getting the lap of honour his rich and diverse work has deserved for decades. Adamson stands centre stage with his cracked crooning vocals holding court backed by a killer band, a string section and a brass section. There is brave ambition here. He has gone kitchen sink for this ambitious and stunning evening, there is so many musical textures, so much adeptness at so many styles that somehow thread into their own whole.

Louche, lothario, lounge lizard – the charismatic Barry Adamson is perhaps the coolest man on the planet. He oozes his debonair velvet charm as MC to his own greatest hits show. His innate sense of style and swing fills the room in a witches brew of spellbinding maverick spirit and ambitious music.

The inter-song banter is also pure gold. With shaggy dog stories, witty one liners and hilarious audience banter delivered in his lived-in voice for a homecoming gig for one of Manchester’s finest who was plucked from streets and into the ranks of post punk local heroes Magazine where as a 17 year old kid he held his own in that finest of bands.

Dressed like the last of the soul singers with flash jacket and oozing pizazz and talking pizza and a voice to match, this is his night as he croons and swoons his way through a set that is full of ambition and ideas and a celebration of one of those back catalogues that sound like solid gold standards and yet somehow remains entombed in cult status.

In our world, though, this sacred parallel parallel universe, Barry is the king of soul. A northern soul. There is not a dry thigh in the house as he redefines swagger and a back catalogue to match. It’s crafted, melodic and brilliant and a reaffirmation of a true original.