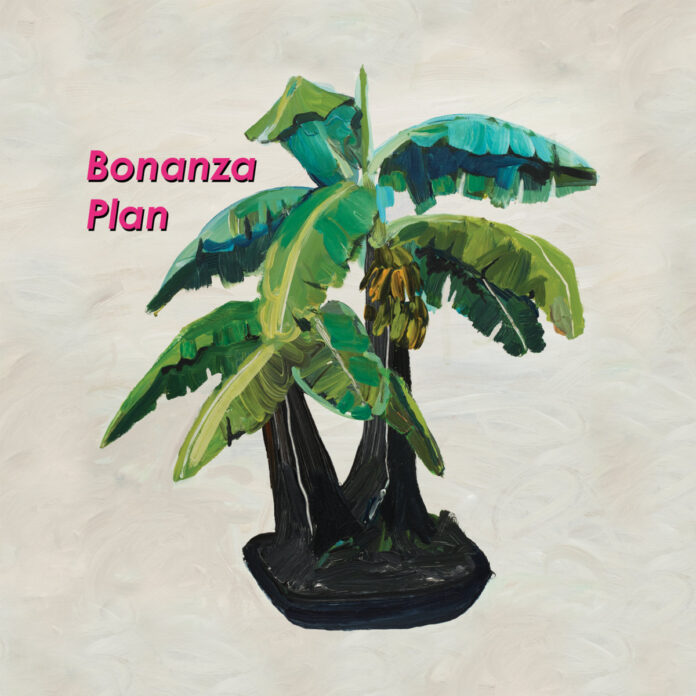 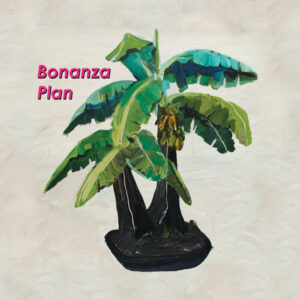 ‘Bonanza Plan’ is the debut album from Barringtone, a London based four piece who a deliciously difficult to genre tag.

The nine tracks have a lineage back to the discordant tones of perhaps Wire, but then chuck in a dollop of Eno era Roxy Music glam inventiveness, whilst keeping a twisted pop sensibility that suggests a deep understanding of the late Prince.

Opener ‘Foxes and Brimstone’ is a joyous, tautly angular almost three-part composition that switch-backs from propulsive rhythms, to drop out, to shimmering guitar over almost drone effects all held together by some off-kilter harmonies.

‘Gold Medal Vision’ initially is almost conventional in structure, built around a motoric beat, a clanging guitar riff, before messing with timings and creating a twisted yet engaging arrangement devoid of vocals before petering out into birdsong ahead of the somewhat Hi-NRG titled ‘Dreamboyz’ which retains the ADHD funk but sets it to a warmer pop infused vibe.
‘Into The Woods’ as befits the title includes woodland field recordings, playfully setting up a Can(ish) prog rock romp structured around a deeply distorted keyboard and more shards of guitar as it ascends, ever forward before coalescing then dissolving into ambience and woodland sounds as it runs seamlessly into ‘The New New’ – so familiar are you with the bands switches in pace and direction you need to keep an eye on the CD screen to even know they have taken you to another track!

‘Emily Smallhands’… “where did you get that name” is particularly ear-grabbing, yet again the beats skitter across uneven ground, competing with the acid frazzled vocal, and some Parliament colliding with Zappa guitar; the track writhes like a demented hydra snapping in an array of bewildering directions, the non-perfect entrée for ‘Feverhead’ which sounds like someone has nicked a whirring Goldfrapp synth line; perhaps the most accessible track on the album and certainly the one with a sharp eye on the mainstream pop market.

Barringtone have crammed so much into this album, a trait that often results in a turgid mess, yet ‘Bonanza Plan’ is far from this – it’s a work of surprises, the weird time patterns, the subtle use of vocals, its bright, breezy but in no way is it disposable.

Its clear Barringtone occupy an eccentric landscape, I would like to see them live – sadly Covid 19 has put paid to that for now, however ‘Bonanza Plan’ will pique your interest until those days return.