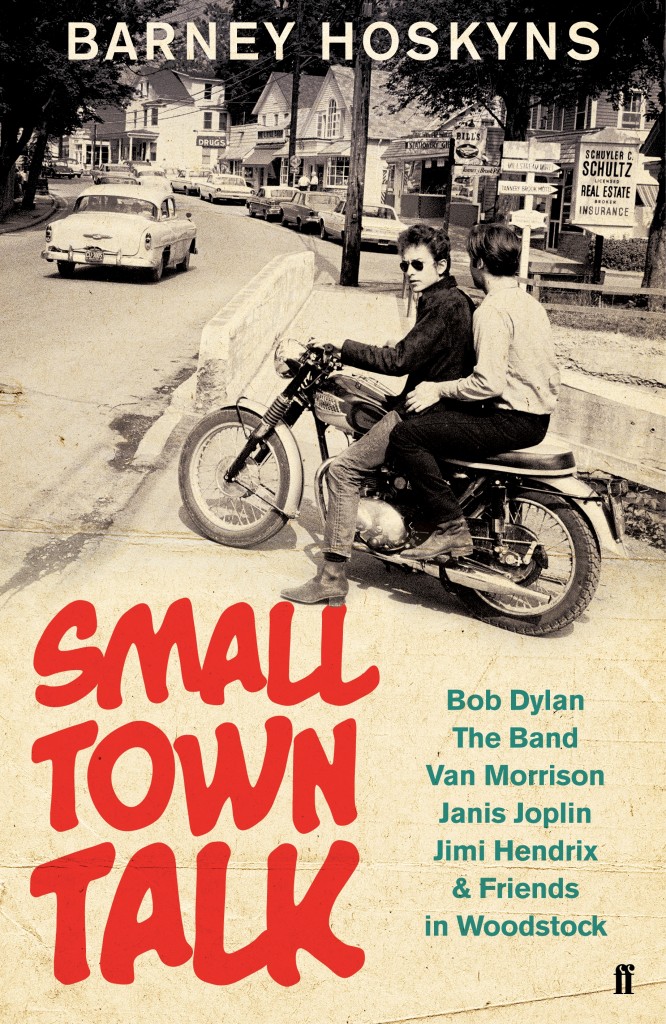 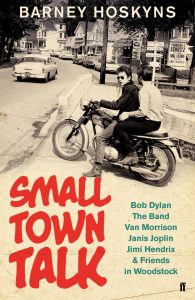 A fine chronicle of Woodstock’s ascension from a quiet country town to a counter-culture and music mecca. Louder Than War’s Craig Chaligne reviews.

Barney Hoskyns is probably the British rock writer that has investigated the American rock scene of the late sixties and the early seventies in the most depth. His biography of The Band “Across The Great Divide” and his much revered book on the Californian country rock scene “Hotel California” have positioned him as one of the best rock biographers. Hoskyns is renowned for avoiding the trappings of the “academic rock-writing”, his style is fluent and engaging and he refrains from trying to find hidden meanings to the works of the artists he writes about.

His latest magnum opus “Small Town Talk” is centred around the famous town of Woodstock located in upstate New York that was originally put on map by Bob Dylan and his manager Albert Grossman when they both moved there. Hoskyns uses Dylan and Grossman as anchors for his story without shying away from the city’s long history as an artists down (going back to 1902) and its relative decline that followed its seventies heyday. From a rather disparate set of musicians coming to this enchanting place to escape the distractions of New York City, Hoskyns manages to paint a hugely entertaining account of the early seventies american roots rock scene. The book features a lot of stories on The Band and Bob Dylan but there is also chapters devoted to Van Morrison and Jimi Hendrix. Woodstock was of course dominated by one man: Albert Grossman, the shadow of Bob Dylan’s former manager is omnipresent on the city with his Bearsville empire (studio, record label, restaurants). The book doesn’t paint an engaging portrait of the music mogul (not by malice but because it simply is impossible to describe him without giving accounts of his legendary ruthlessness) but one thing that you cannot fault him on his his ability to discover musical talent (Bob Dylan, Janis Joplin, The Band, Todd Rundgren, Paul Butterfield). However as the seventies progressed, Grossman dedicated more and more time to extra musical activities which resulted in his Bearsville label finally closing down in the early eighties.

Hoskyns jumps back and forth between the dozen main players and inserts vignettes on some lesser known figures such as Karen Dalton or Tim Hardin. There’s also an appearance by British pub-rocker Graham Parker who was a resident in the area for numerous years and even managed to get Garth Hudson (The Band’s keyboard wizard) to play on his 1991 LP “Struck By Lightning”. Don’t expect a lengthy account on the Woodstock Rock Festival (that actually happened in Bethel, more than 40 miles away from Woodstock), it is mentioned but mostly due to the uneasy the town has with it (it brings tourists and money to the area). Throughout the book Hoskyns writing remains eminently readable and he manages to unearth every musical aspect of the town (including its lesser known Jazz community) to come up with what is probably the definitive account of Woodstock as a musical community.