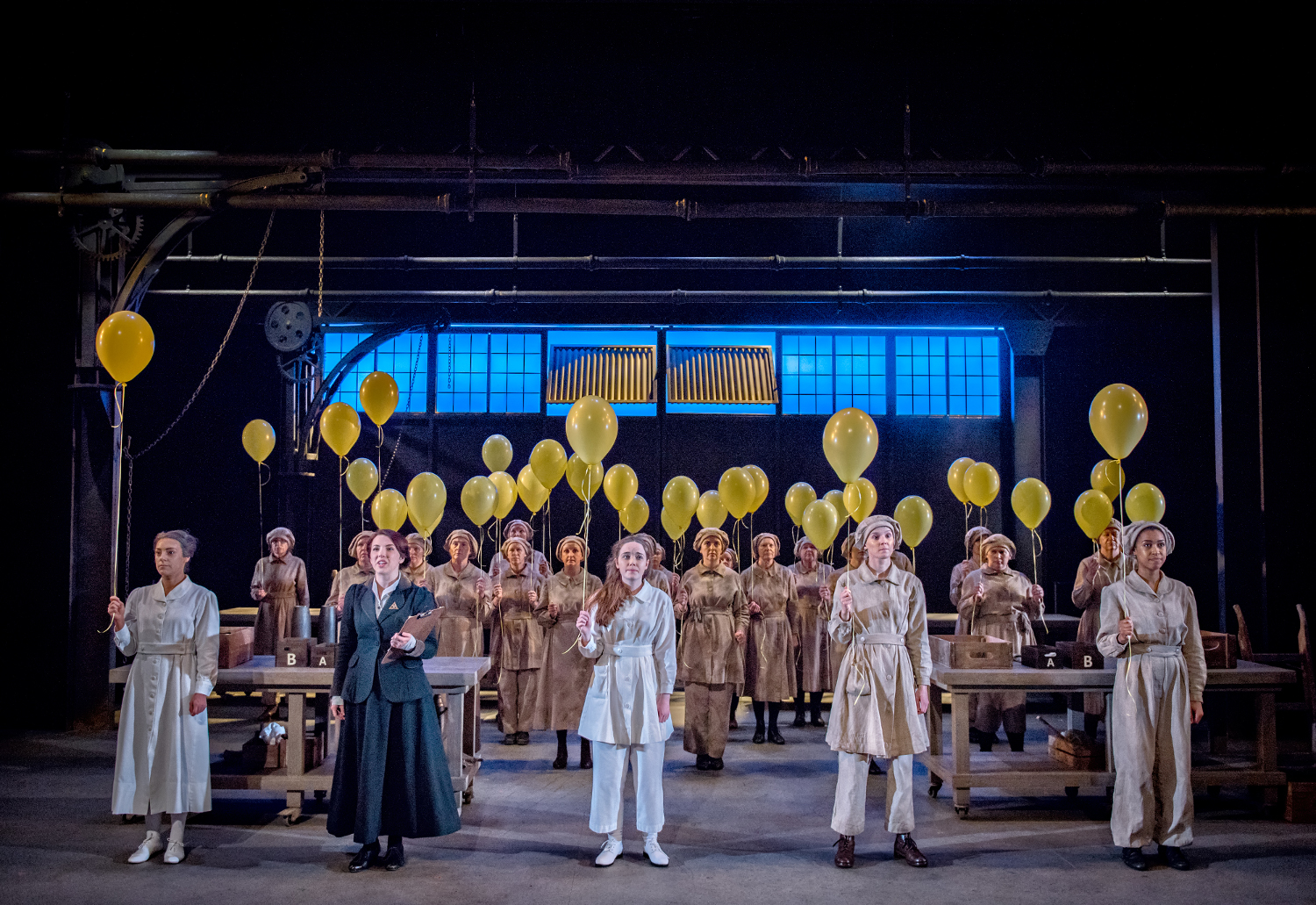 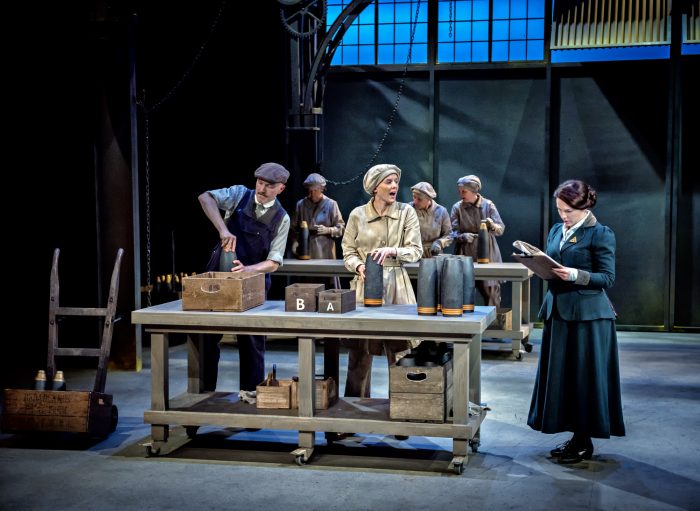 Alice Nutter used to be Chumbawamba but now she is  a respected playwright. Paul Clarke enjoyed her new play Barnbow Canaries telling the tale of a forgotten group of Leeds women.

One hundred years ago 35 women were killed in a massive explosion as they packed shells in the massive Barnbow munitions factory on the outskirts of Leeds.

Never heard of the biggest single loss of life in the city’s history? That’s not surprising as their ultimate sacrifice remained shrouded in secrecy for most of that time, and now Alice Nutter steps up to tell their story.

Nutter was a key member of anarchist pop stars Chumbawamba for two decades, so it must have been very tempting for her just to wrote a polemic railing against this injustice, but instead she used some of the real names of those who died to weave a fictional account of women at war on the homefront.

Barnbow Canaries is the tale of Hunslet ragamuffin Agnes Sykes (Colette O’Rourke) and her naïve, but smart, younger sister Edith (Tilly Steele) who both sign up to join in the war effort in the factory, and put some decent brass in their pockets replacing the men gone to the front – but on half their wages

They are joined by happy-go-lucky Swifty (Jade Ogugua) looking for love as the menfolk are mown down in France, and straight-laced Florrie (Jo Mousley) who just wants to stop her son Victor (Peter McGovern) from joining the slaughter.

Nutter’s last work here, My Generation, was hamstring by trying to ram a very personal account of thirty years  of activism into two hours, but here being able to focus on a single incident she is able to give her characters far more depth. The rhythm of the woman’s banter feels natural as Nutter deftly deploys any playwright’s secret weapon – humour – so there are plenty of laughs as we hurtle towards the explosion.

Mark Bailey’s cunning set moves the sometimes episodic action along before a huge bang and dry ice replicates – in part – the shock of the blast closing the first act as the women are blown up and maimed. Playhouse regular Dominic Gately turns in a typically nuanced performance as the gruff foreman Parkin, who is not some kindly working class stereotype usually played by the late Bob Hoskins. 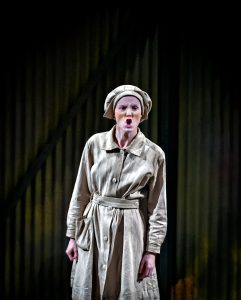 O’Rouke’s Agnes is a glorious mix of working class sass, finding her niche in the factory before it is snatched away when the men come home, but with a fierce love for her irritating sister which makes her sense of loss authentic, and Nutter has clearly drawn on own experience of losing a sister. Newcomer Steel skilfully traces Edith’s journey to womanhood, and her interplay with love interest McGovern is nicely handled by two promising young actors.

Nutter has also recruited an amateur community chorus who really own the stage and belt out the Barnbow Girls anthem with great gusto.

Although occasionally some scenes feel a bit undercooked, it is a mark of Nutter’s development as a writer that she tackles complex issues like patriarchy, worker’s rights as the women suffer TNT poisoning, class politics, women wrestling with their new found freedom and – yes- plain old every day sexism with subtly and hard won wisdom.

The final moments when the 35 dead women finally take their place in history as their names are read out -with yellow balloons released one by one – is made even more poignant as the community choir, standing in mute tribute, contains direct descendants of the women who worked at Barnbow carrying the spirit of the dead and injured down through the generations.