Barnaby is a volunteer led festival of contemporary arts, culture and fun celebrating Macclesfield’s rich cultural and creative heritage. This year Louder Than War photographer Elspeth Moore popped over to catch one day of it – her pictorial review and words are follow.

SO it’s a sunny afternoon and the big tent up in the grounds of Christ Church is full to busting.

Tim Burgess is sat on the stage facing Joy Division / New Order’s Stephen Morris, both with mics. They chatted about times gone by … Stephen, honest and cheerful answering anything Tim threw at him. Tim’s giggles and obvious delight gave the interview a wonderful friendly feel, we all felt part of a private conversation that they could’ve been having in a living room somewhere.

Gillian sat stageside left, and kept being brought into the chat with equal happy vibes.

Following the interview were Hot Vestry, a 4 piece band who are currently working on an EP. The audience were dancing and one person was overheard saying “chuff, these are great”.

The evening brought a special bunch of performances, starting with Jake Evans … his clear voice sat perfectly in the tall roofed church.

Mike Garry bounded onto the stage with his cheeky way of making you feel like he was just talking to you … each performance this evening was accompanied by Joe Duddell’s string quartet. Mike told everyone to NOT be upset but to celebrate those that had left us, smile at their time on the earth … but I cried, I sobbed, the music, his words, the atmosphere … was simply so moving.

Then on Tim came again, his big beam seen under his blonde bob haircut … he started with his poem, the church was silent as he stood there … the stained glass window still, lit from the dusk light. He sang some new stuff and old, and Stephen Morris joined them on stage. Before you knew it Gillian and Stephen, the string quartet and percussion filled the stage … on the 35th anniversary of “Unknown Pleasures” they performed “Love Will Tear Us Apart” and it was brilliant. They made Tim’s dream come true by finishing with the encore of “World in Motion” … and Mike came on to do the rap, making up for making me cry earlier by now making me laugh my head off!

A VERY special day and well worth the long journey from Yorkshire to be there. 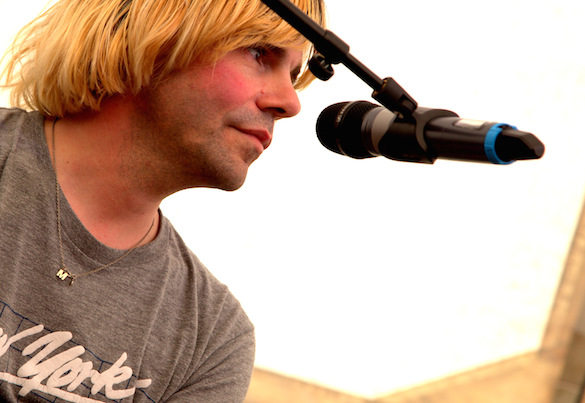 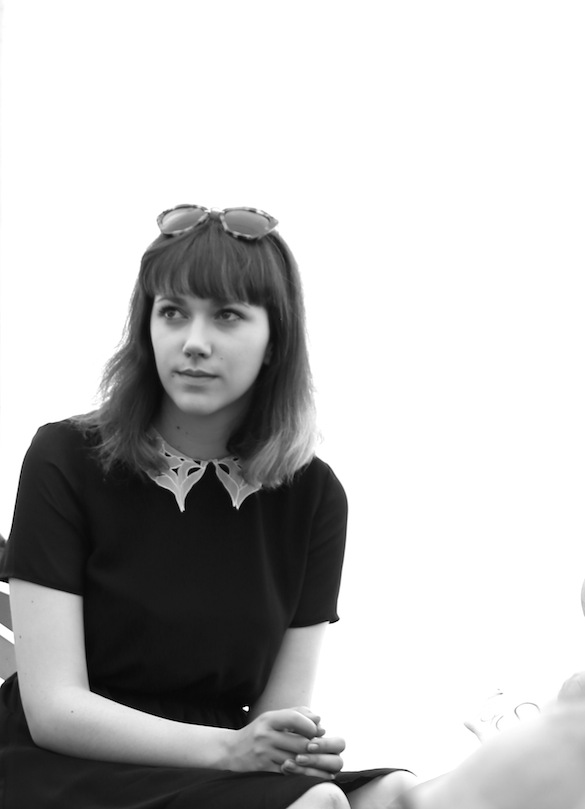 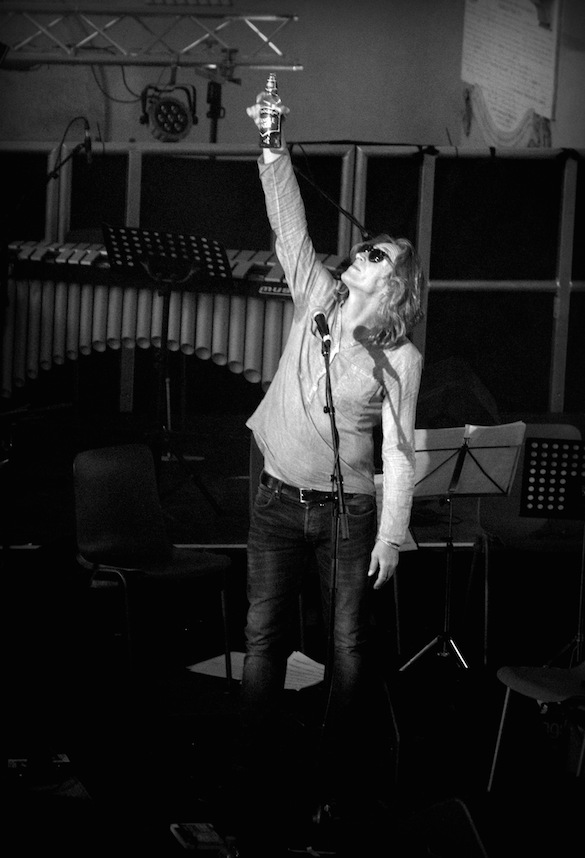 All words and photos © Elspeth Moore. More photos by Elspeth on Louder Than War can be found at her author’s archive, whereas her personal website for more great photos is here.