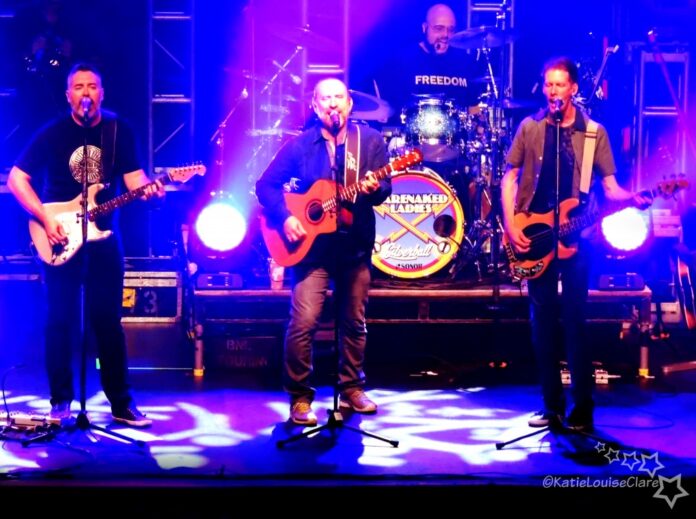 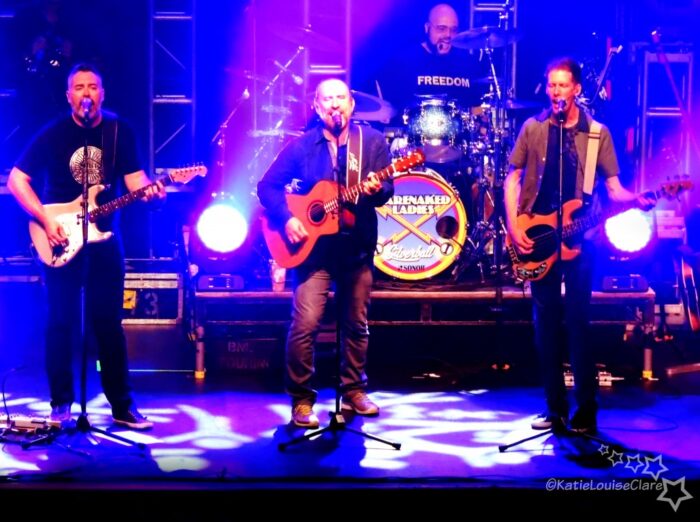 Canada’s Barenaked Ladies have been together 27, sold over 14 million albums and this year – Ed Robertson (guitar, vocals), Jim Creeggan (bass, vocals), Kevin Hearn (keyboard, guitar, vocals) and Tyler Stewart (drums, vocals) have delivered Silverball their fourteenth studio album and are currently touring the UK when Katie Clare caught up with them at Manchester’s Ritz. 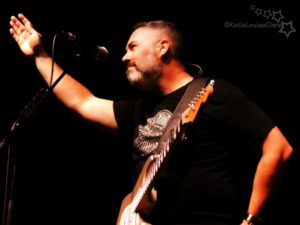 Barenaked Ladies concerts are more than just about their talent for music as they band liberally add locally flavour comedic banter between songs which has certainly proved to be wildly successful both over the past three decades and certainly at Manchester Ritz tonight; where they’ve excellently summarised their 14 albums into a brilliant 20 track set that encompasses the old favorites, new creations and a energetic fizzy mash up’s.

Only the second song in and one of the bands most poignant tracks fills the room: The Old Apartment is a full throttled demand for relationship nostalgia and it has everyone singing along and dancing. “It is lovely to be back folks” shares Robertson “We were reminiscing about 15 or so years ago we went to a club and it was FOAM NIGHT and tonight we’ll be doing that so get ready” adds Stewart “Shaun Ryders going to come out and roll around it too!” You get that the band have genuinely enjoyed the city their in and have taken the very short amount of time they have to get to know as much as possible about it.

Masterly playing through Odds Are and Gonna Walk from Grinning Streak and Matter of Time from Silverball the audience are very much ready for what would be in most fan’s top tracks – Brain Wilson. A more than slightly embitter tribute that takes on mania, despair, and creative loss seemingly reflecting a tone of introspection as much as it does about the troubles of the Beach Boys’ main man: providing another of the many Barenaked Ladies layers.

“I took a run along the canals today” reveals Creeggan “I liked he Castlefield area – a wild space in the middle of the city that is just left to be wild … is Morrissey running around in there? … his shirt off?” The band welcome Colin Hay (who opened tonight) to join them band on stage for a version of Men at Work’s Who Can It Be Now? and a joyous version of Pinch Me later in the set: starting off a jubilant final third of the night.

Hearn taking on superbly the task of being everything, everywhere at times; keyboards, sax and accordion and much more demonstrating just what solid foundations this band were built on. Teasing the audience a little they storm into the Big Bang Theory Theme, which seems hugely popular with the young audience members the band maintaining the highly levels of merriness by delivering One Week and all inclusive sing along version of If I Had $1,000,000 that had the walls vibrating. Stewart, Hearn and Robertson then metaphorically bringing the walls down with a truly brilliantly styled covers mash up that included: Sam Smith, Taylor Swift, Outkast, Bruno Marrs, Queen and Idina Menzel.

Stewart starting of the night’s final encore had him charging through an excellent Drawing: this band really knows how to provide one outstanding show and as they conclude with an excellent version of Blister in the Sun they take in the applause that just rolls on and on finally having to leave the stage as the packed Ritz continued to stamp for more till eventually the house lights came on.

Silverball (CD, DL, LP Raisin’ Records) is available now from all the usual retailer’s. News, information about and from the Barenaked Ladies can be found via their official website, Facebook page or Twitter on which they tweet as @barenakedladies.

The bands Silverball UK tour continues on the dates and venues below: Ticket details can be found on the official website or from the venues directly.

All words and photos by Katie Clare. More writing by Katie on Louder Than War can be found at her author’s archive. She can also be found on Twitter where she tweets as @tokyo_katie.