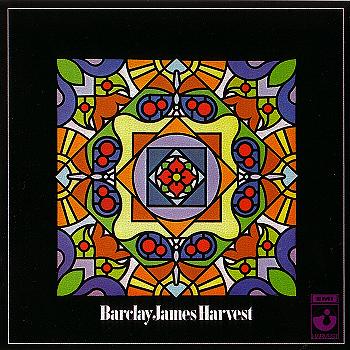 Back in the hazy days of 1970, Barclay James Harvest released their first album. The music lives on as we speak with the band’s two surviving members, John Lees and Les Holroyd, perpetuating the legacy. However, here’s a chance to reassess their fledgling efforts.

Cut very much from the same cloth as The Moody Blues, although possibly being from the Lancashire cotton area, a cloth that’s tougher and certainly hard wearing and long lasting, the BJH sound was built on a strong base of lush orchestrations and gentle melodies. Later on in life, whether or not the Poor Man’s Moody Blues track on the 1977 Gone To Earth album was a tribute, a touch of tongue in cheekiness or a hint of sarcasm – probably a mix of all three.

Both bands have survived into the twenty first century, both currently touring in some form or other, developing into friendly soft rock outfits, yet casting a glance back some forty eight years to their first album – one which at the time gained positive reviews but poor sales – how has time treated it? We get a remastered original stereo mix plus nine bonus tracks which include the A & B sides of the first single from 1968 and some further interesting sixties/pre-album release recordings.

First impressions may be confused as a folk rock inspired intro takes Taking Some Time On in the direction of a heavily percussive and vaguely psychedelic vibe. The more recognisable trademark sound of BJH appears with Mother Dear and The Sun Will Never Shine, the latter evoking those late sixties days of the Moodies, The Beatles and Barrett era Floyd all making their moves out of the swinging sixties.

It’s Good Love Child that sees a real break from the extended and orchestrated pop songs, the delicious stabs of organ and a chance to cut a groovy jive would have made the perfect single, the band all decked out in frilly shirts and velvet on Top Of The Pops, the ideal look for the era and a song that wouldn’t have BJH so closely associated with the Moodies although the apple doesn’t fall far from the tree and you can clearly see their guiding light, perhaps most interestingly on the brief The Iron Maiden.

While we may confess to not being so sure about the brass on When The World Was Broken – suffice to say that it’s a song that shows its age – the twelve minutes classical meets rock sweep of Dark Now My Sky with its grand orchestral intro and dramatic flowing piano passages soon evolves into a typically lush and pastoral toned piece. A brief delicate vocal provides a minor interlude before the ambition again takes over for a mighty crescendo. No real kitchen sink seem to have been incorporated, but the metaphorical ones are out in force.

Added extras come in the form of a bunch of 1968/9 recordings that fill in some gaps in the band’s recorded history plus the Brother Thrush/Poor Wages single. It’s maybe an indication of the quality and standard of the tracks recorded prior to the first album, didn’t make the cut when it came to the album stakes. Curios for sure and in the case of Pools Of Blue (of which there are two stabs) you can see they’re not far off hitting their marks.

For those who crave a little indulgence, the album also comes in deluxe form in a 3CD/1DVD package that includes the obligatory 5.1 mix, an new stereo mix and a disc packed with BBC Top Gear/John Peel sessions including some unreleased and a shedload of paper ephemera that fans will love to pore over and handle.

Here’s a listen to When The World Was Woken from the album: