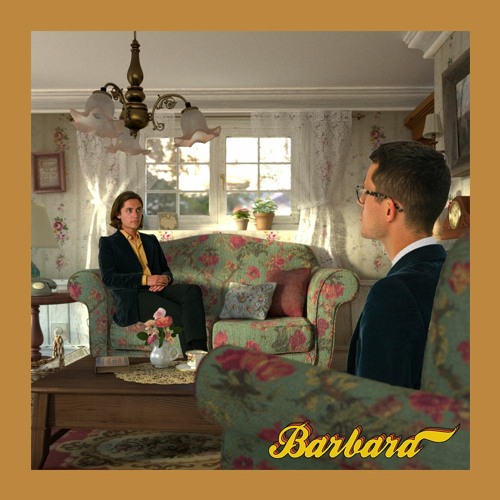 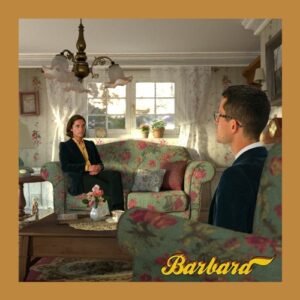 We get a lot of requests to review new releases at Louder Than War and one of the advantages of presenting the radio show is that I need to find new stuff to play. Stumbling across great new music is one of the great joys of doing this job! I get a lot of Scandinavian death metal for some reason which I ignore, but every so often a track jumps out that is so good that not only does it have to be played at the next available opportunity, I feel inclined, with little provocation to write about it as well.

One such track is BRB by a duo from Brighton called Barbara. Two brothers Henry & John Tydeman, who have clearly been hiding their light under a bushel for sometimes, have recorded what for me is the track of the year so far!

Imagine for a moment The Turtles jamming together with The Small Faces – lay on a bit of  Music Hall and overlay with a touch of English whimsy and you’ll begin, (hopefully!) to understand a little of where this gem of a song sits on the musical spectrum.

BRB opens with the brothers harmonising Beach Boys style to a twangly (yeh! I just made it up!) acoustic guitar over an old 78 rpm style crackle and hiss, before launching into pure psychedelic pop perfection.

It’s all here – the different time signatures, shifting waves of sound and nuance and it climaxes in the most exquisite chorus you’ll hear this year. The brothers’ voices, like most siblings, intertwine perfectly and the song finishes with some backwards beats and slide, which could have been lifted straight off the The Beatles’ Tomorrow Never Knows. It’s a heady concoction and I want to hear more!

When times are tough, we Brits have a habit of ignoring the turmoil and swimming in the opposite direction. BRB is like a beacon of light, a solid slice of unashamed fun on an otherwise bleak horizon. It makes me smile – I hope it makes you smile too!

“As if found in a dusty crate of vinyl reserved for true progressive pop pioneers, Barbara… appears in your life unannounced, out of nowhere, bursting with colour, and all of a suddenly they’re your favourite new band…”

“Their lyrics.. are unquestionably British. Infused with the inquisitive, satirical spirit of Harold Pinter, George Orwell and ray Davies, they consider these fractious, political times, address the technological revolution we’re living through, and tell unsettling tales reminiscent of their childhood hero, Rould Dahl”.

The track is out now – listen here: