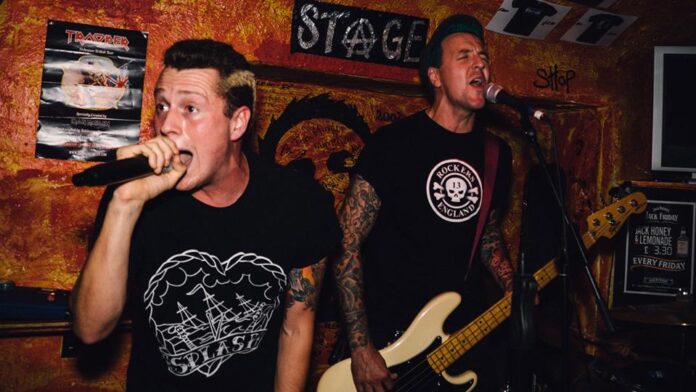 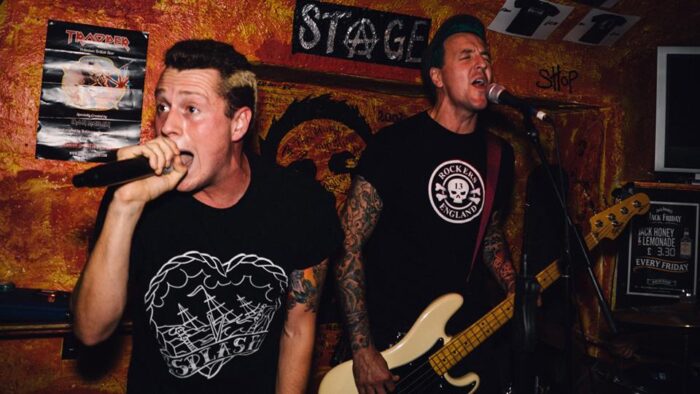 The Bar Stool Preachers bring their own brand of upbeat ska to Nottingham, with solid support from Static Kill. Photo provided by Riot Photography.

It’s an unusually bright day for September, with the eyes of the UK largely on Brighton for the excitement of possibly the most anticipated Labour conference of my lifetime, but here at Foremans tonight Brighton is ready to showcase its own bright young things, ska-infused quintet The Bar Stool Preachers. Having played to a packed-to-the-rafters tiny pub in the Derbyshire town of Ilkeston the night before, the band find much of the previous nights audience returning for a second round at this early doors (5:30, sunshine still pouring in) Nottingham gig – clearly, they have won over something of a devoted following.

Opening for the Bar Stool Preachers are the ever-reliable Static Kill, who regular readers will know I have been championing for a long time, but now I have more than ever to back it after their successful Rebellion performance and the release of their excellent mini-album “We All Bleed The Same,” a collection of six well-crafted songs unafraid to tackle the big issues (definitive examples “Green, and Gold and Black” on the abhorrent narrow minds of the EDL, “Band of Brothers” a kind “Dulce Et Decorum Est” for the twenty-first century, and “Timothy”, an infectious melody belying a bleak story of a heavily drug-addicted homeless man the band met in San Francisco). Static Kill’s Michael Loveridge and Jason Whittle don’t just have a wealth of varied influences, but a wonderfully special 50/50 writing relationship in which they spark so naturally off of each other that it makes for some fantastic results. Their support set tonight is, as to be expected, solid stuff. By the time the Bar Stool Preachers arrive on stage, spirits are already high, and I quickly learn that if there’s one band to keep them that way it’s these guys, launching into their modern take on the inclusive and barrier-breaking ska sound. Let’s not forget just what a huge cultural moment the genre originally was, with its international influences, blending of previous genres making it a shared love of various subcultures, and knocking down of racial barriers in a way little had previously. While updating the sound to something fresh and more contemporary, BSP keep every inch of the original spirit with a warm inclusiveness to their music. “Never look down on anyone/unless you’re giving them a hand up,” sings charismatic singer Tom McFaull on bouncy slice of pop-punk “One Fool Down.” A very human, honest message which should be easy to adopt. McFaull is a born star and a great frontman; charismatic, enthusiastic and has a great rapport with his up-close-and-personal audience, and so adorable I start itching to sign some adoption papers.

The whole band are impressive; with a knack for making music which is absolutely not easy to play look absolutely effortless; the mark of good musicians, and they pull together incredibly well, with a great energy and chemistry between them. On a more superficial level, there’s something refreshing about seeing a band who look like a gang; an increasing rarity, with their Sailor Jerry inspired aesthetic. Everything about them hints that they are set for big things; particularly the instant nature of their attention-grabbingly melodic songs. Their debut and no doubt what will become ingrained as their personal anthem, “Bar Stool Preacher,” has a catchy enough chorus to stay in my head the entire next day, and rightly so – it’s a real gem of a track , marked out also by some witty lyricism about the kind of person we’ve all met at some point.
Tonight is a night of “first” – the first time I’ve ever been at a gig and been home for 8:30, (good stuff on a “school night”) the first night I’ve ever seen spoon-playing on stage here (absolutely marvellous stuff) and the first night I’ve ever, ever found a flaw with the tiny, wonderfully intimate space of Foremans that tends to work so well – I could have really used more skank room!
I predict it won’t be long before bigger venues are falling over themselves to snap up the Bar Stool Preachers. I can’t recommend getting to see them now, at this stage, while you can, before they get massive. Oh, and buy a copy of Static Kill’s album while you’re at it. Right, all this high quality music is starting to make me bossy so I think we’ll leave it there…

Many thanks to Dave Frobisher for making this gig possible, and to Phil Tooze for photography – find him on twitter as @RiotPhotography.