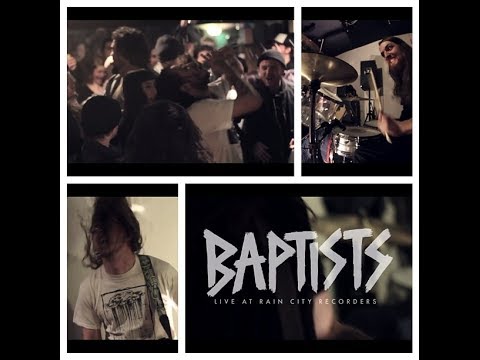 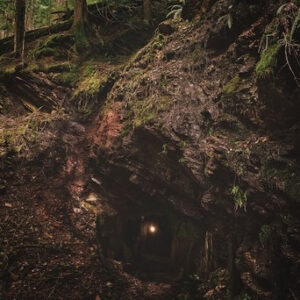 As the Southern Lord hardcore juggernaut charges into us with its latest release, Louder Than War’s Stuart Estell listens to the fierce new album from Baptists.

Bloodmines, the second LP for Southern Lord from Vancouver’s hardcore/crust-punk outfit Baptists, opens with that cruellest of tricks – lulling the listener into a false sense of security. Opening instrumental “Chamber” fades in with a carpet of foreboding noise, but gives no indication of just how hard you’re going to be slapped around the head when first track proper “Wanting” kicks in. The majority of the songs on offer here rage, and rage hard, driven by impressive drumming and the filthiest bass tone this side of Electric Wizard. At 26 minutes’ running time, there’s no room for filler.

The album is a natural progression from their impressive debut “Bushcraft“; Kurt Ballou has returned for production duties, and Brad Boatright’s mastering is excellent as ever, their combined efforts presenting the band in an intimidatingly forthright fashion. It sounds huge, spiky, ugly and incredibly angry.

Whereas the slower numbers on “Bushcraft” were the album’s weaker moments, disrupting its momentum, on “Bloodmines” they’re the highlights – focused, heavy, and full of purpose. “Vistas”, in particular, is downright groovy, and suggests that if Baptists chose to explore some sort of doom/crust hybrid direction, it’s something they would do very well indeed.

All words by Stuart Estell. More of Stuart’s writing for Louder Than War can be found here. You can follow him on Twitter as @5357311 and hear his music at lachenaliamusic.bandcamp.com