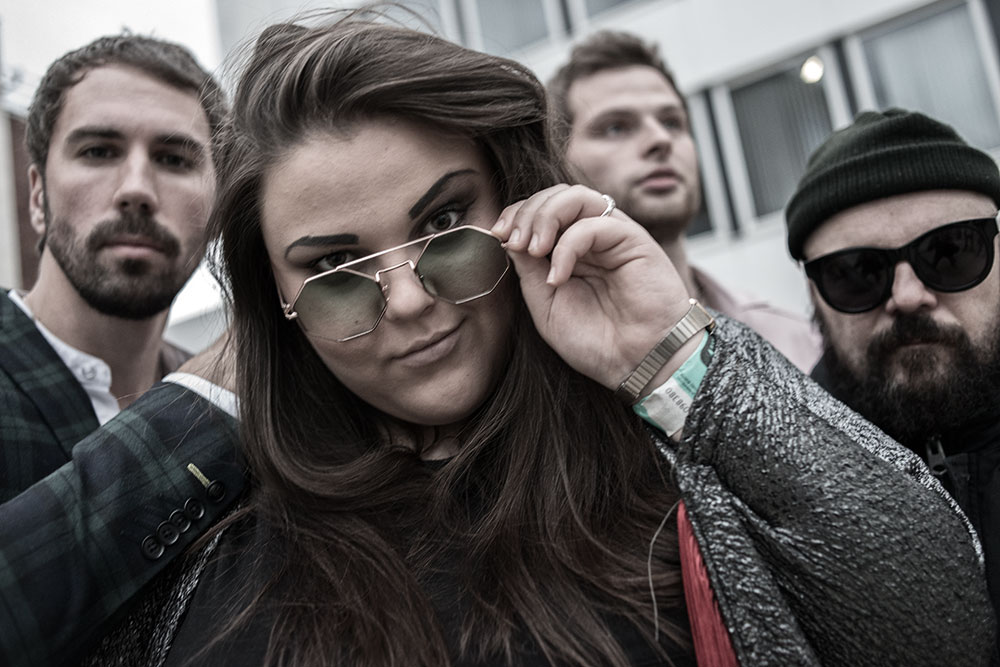 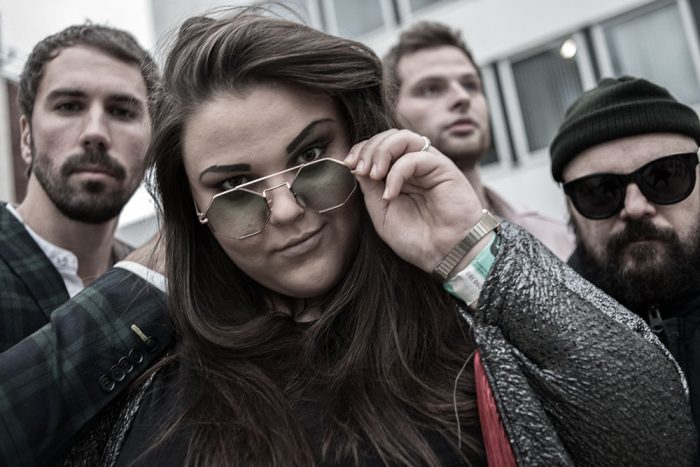 Louder Than War grabbed a quick chat with Doncaster’s Bang Bang Romeo before their gig at Manchester’s Club Academy on Sunday night. Nigel Carr reports back while David Gleave took the photos!

Hailing from the same city as LTW faves The Blinders Bang Bang Romeo play expansive, emotional rock. Lead singer Anastasia Walker explains: “Our music is atmospheric, rock n roll, pop. Songs to take you on a journey, really emotional and quite powerful. Theatrical 100%. We’ve been inspired by loads of different bands from Radiohead to Queen.

Louder Than War: How do you come up with the songs; lyrics and melodies?

Ross Cameron (Lead Guitar): “We come up with ideas and jam them together.”

Anastasia: “The way we write the lyrics, Ross writes and I write the songs, we do it together. Then we take them to the rehearsal room. Lyrically it’s love and death!”

Richard Gartland (Drums): Were big into Tarantino, the ‘Bang Bang’ and then the Romeo thing.

Anastasia: “If anyone asks me to describe the music it’s Bang Bang Romeo!”

Do you have any political message that you channel through the music?

Anastasia: “On a personal note we really care but don’t really write politically, we kind of leave the politics offstage. We get on stage and transport someone to a different pace on a completely different journey.”

Richard: “We’ve got a track that’s going to be on the new album called Beautiful World, it’s kind of about the state of the world, it’s not so much about political things but it’s how fucked the world is basically.”

Anastasia: “I think we dress how we feel when we’re on stage. As soon as you walk on stage you’re this persona and I think that you leave it on stage, otherwise your head can blow up and you become this person you don’t want to be.”

Anastasia: “We’ve been to Cardiff, Bristol Birmingham, York & Glasgow, Shimmer band got the headline but we’re from Doncaster and no one’s from our neck of the woods. We’ve got Sheffield Leeds and Nottingham which are our fanbase if you like, Sheffield Plug Is gonna be the biggie!”

Anastasia: “We’ve turned down a couple of majors, but we’re currently in talks with ‘somebody’. Ross: It’s about finding the right deal for us.”
LTW: Any new releases?

Anastasia: Single Natural Born Astronaut is being played tonight – that’s out now with a music video

Bang Bang Romeo open with Anastasia very much in charge; centre stage, silver glitter cape flying, she has a huge Janis Joplin voice which she hurls at this Manchester crowd.
Very much a progressive pop band, the sound sits squarely in the Fleetwood Mac meets Muse arena and the comparison with Stevie Nicks is more than just a look. There are elements of Jim Steinman’s huge productions for the likes of Bonnie Tyler woven through anthems like Chemical and Natural Born Astronaut. The latter, a bombastic bass heavy eighties juggernaut, with swirling electronic wash and Ross’s lead shimmering through it.

This Is proper stadium rock, Anastasia twirling around the stage, grabbing the mic and dropping down on one knee. She couldn’t put more into the performance; chest beating, drawing the crowd to the front as she climbs onto the barrier. “Now I’ve got half of the audience’s attention, the song doesn’t continue until I’ve got all of you over her! And I’ve got all fucking night! 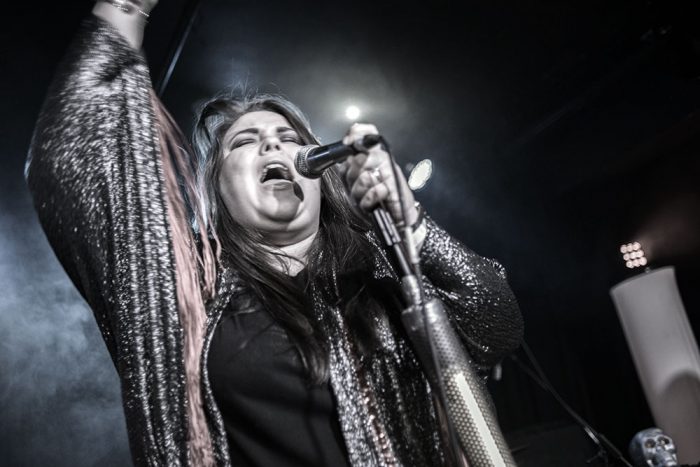 A hugely confident delivery from all involved, including stand-in bass man Ray who has a ball of a time underpinning these songs with his low slung rumble. The set closes with Invitation, another riff fuelled epic that sees the crowd joining in, dancing along as Anastasia punches the air to another thunderous, theatrical close.