Band of Skulls recently rolled into the big smoke and Paul Grace was there to capture the action.

Southampton’s Band of Skulls’ By Default tour stopped by Camden’s Roundhouse last week and I was asked to photograph the performance. During the exhilarating show, the band’s trademark blues-rock effortlessly filled the Roundhouse with Russell Marsden and Emma Richardson’s vocals working perfectly in both unison and independently of one another, and the crowd showed them big (and loud!) love. Several stained glass windows had been erected to the rear of the stage and the intense spotlights added to the drama. Definitely a band to watch – I can see these guys quickly grow into the bigger venues such as Brixton Academy or similar. Here’s what I saw… 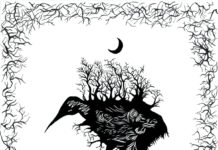 April 19, 2019
We use cookies to ensure that we give you the best experience on our website. If you continue to use this site we will assume that you are happy with it.Ok