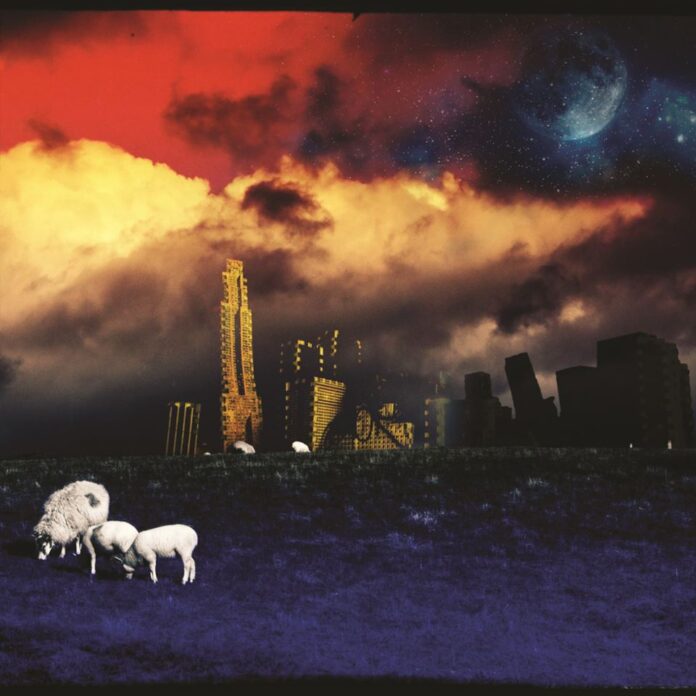 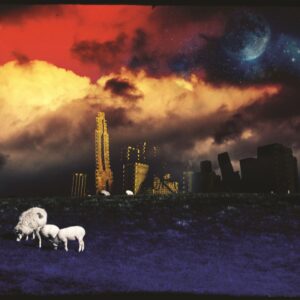 More bittersweet tales of hope and humanity from Band Of Holy Joy on their nineteenth long player. Glenn Airey likes the lay of the land.

The need to make human connections in a life we didn’t ask for, in an indifferent and often hostile world. It’s always been at the heart of storytelling, across the disciplines. Filmmaker Mike Leigh, for example, nailed it in his mid-period pomp with classics like High Hopes and Naked. Consider, in a novel, how much more vivid and affecting is the portrayal of a character who’s been tested by circumstances we’d rather not contemplate ourselves: in Trainspotting, perhaps, or Love On The Dole. When it comes to music, nobody engages with these weighty themes to greater effect than the Band Of Holy Joy. And don’t ask me how they keep doing it, but their new album The Land Of Holy Joy arguably represents a new benchmark even for them in their search for warmth in the wilderness.

Lyricist Johny Brown displays the same instinct for empathy and eye for detail that have characterised his work since the 1980s. Just as importantly, he continues to capture that unquenchable urge to live, love and laugh that has motivated the inhabitants of his songs since those early days. Perhaps what makes this new collection so especially coherent, powerful and at times intensely cathartic, though, is the very climate in which we find ourselves listening to it: the same climate, broadly speaking, in which Brown’s stories unfold as, ever the contemporary chronicler, he leads us on a sightseeing tour around Cameron’s Britain.

For sightseeing, you might wish to substitute eye opening. And for Britain, you can generally substitute Brown’s adopted London, or any other anonymising urban vortex of your preference. As we are not allowed to forget in the anthemic title track, there is ‘no escape from sleaze and scandal in the provinces’ where ‘gangs of men prey on children in care.’ The Land of Holy Joy is 2015, and 2015 is a cold and cruel place, I’m afraid. Its barren social and political landscape, it seems to me, is one reason why this album hits so hard. There has never been a greater disparity between the harshness of the settings of the songs, ultimately the same settings in which we will listen to them, and the beauty of the redemption we hope to find alongside their protagonists.

In lesser hands, a song like Land of Holy Joy could amount merely to an exercise in protest sarcasm. Not for Brown, though. Counterpointed with his despair at the tawdry sex offenders and fraudsters is a fierce determination to search out “proper people” and rediscover the good times, and himself:

“toxins coursing through my veins…
coughing dancing in the lanes…
to find Utopia once again.’

Crucially, this isn’t the last time on the record that dancing will be equated lyrically to absolute freedom. It’s hardly the first time it’s been done in popular music, of course – I’d rather like a pound for every time it has – but it’s the recurrence of this idea at three points in particular, perfectly spaced and perfectly judged, that help to give the album a structure and an elegance potentially to outstrip even its illustrious predecessors.

Musically, Johny’s progress through town and country on the opener is soundtracked with an eastern flourish that suits its theme of spiritual restlessness. Lead single Isn’t That Just The Life, on the other hand, bounces by on a melody that’s not too far removed from one of the Cure’s poppier moments, of all things. Brown adopts a female persona to report on grave subject matter including the exploitation of disabled workers, a stabbed teenager and a “McCann troll found dead in a hotel room.” None of this, however, can crush the spirit of this apparently “sensitive girl”:

“some nights I break, I admit,
I just walk and I cry,
but I’m going to change this world before I die.”

In terms of the Band Of Holy Joy catalogue, this is an album that sits towards the musically and lyrically direct end of the scale, as was its immediate predecessor Easy Listening, (Louder Than War review here) in fact. The band’s performances are sensitive rather than showy, and beautifully recorded. The marvellously titled All The Girls Are Wearing Desert Boots Of Pale And Subtle Shade builds slowly to a rousing, horn-led crescendo after Brown angrily delivers one of his classic pay-off lines: ‘life can be more than cruelty, property, money, fashion and sport.’ Men Who Show A Different Kind Of Pain (titles are a strong point, as you can see) concerns a world-weary central character attempting to come to terms with a horrific criminal past. Brown is a writer rather than a judge, and it’s because he knows the difference that he’s a great one. Incidentally, the band here expertly delivers a more refined variant of what I seem to remember we would once refer to as punk-funk.

Up next is a real set piece track, Violent Drunken Strangers. It’s a pretty astonishing glimpse into the worlds of people-trafficking and forced prostitution. “Sordid vicious world, violent drunken strangers” would make for a darkly humorous chorus, if the surrounding verses weren’t so harrowing. The emotional knockout, though, is saved for last. “I just want to go out dancing!” cries our abused, exhausted victim, and right on cue the horns and guitars kick in with a Balearic tinged coda which transforms the mood so completely that we can believe, for a second, our friend has found well deserved salvation at last. It’s a remarkable moment. But we’re soon brought back down to earth. In the follow up, Discredited Art Form, Johny breaks through the fourth wall and lets us in on some of the secrets of his approach to narrative song writing, and to Vicious Drunken Strangers in particular. Much like Gales Doc on the last Nightingales album, it’s a self referencing and to some extent self deprecating interlude, albeit rather heavier on the psychodrama, and fictionalised, I hope, given the gory punchline.

A Good Close Friend starts with a couplet that could serve as a Holy Joy manifesto: “we look for moments of tenderness and humanity, to shine through the dark moments.” “Now my heart is hollowed out, my soul is knocked about,” proclaims the chorus, but “hope is on the way.” Hope, potentially, is always on the way in the Land Of Holy Joy. It’s such a priceless thing, we’re lucky to have a band and a writer capable of handling it so adeptly. Next up is A Place Called Home, exploring the paradox of modern living in a huge city “where I can be alone, surrounded by millions of strangers.” The newcomer’s early optimism about “cleaner air, spectacular views” is eroded later, during a sobering encounter with a native: “if you tire of my beery platitudes, I can just as soon switch to some bad attitudes.”

Finally we come to I’m Crass Harry, a superb portrait of a former punk who suffers police harassment, a cancer diagnosis and forced re-housing in the space of three verses. We’ve all had those bad days. Fortunately, Harry is made of strong stuff and refuses to buckle. To a rootsy, Rutsy reggae backing, he puzzles over his nickname, explaining mischievously ‘I never liked Crass. Was it because I was working class?’ Clearly a man of taste, he points out that he always preferred Subway Sect. The reggae suddenly gives way to rabble rousing punk rock chords and Harry is transported back to his youth, the 100 Club in 1976 perhaps, pogoing beneath the lights on a Saturday night. A third and final glorious, cathartic moment of release on a record that refuses to let us give up hope. Aye, 2015, the Land Of Holy Joy, can be a cold, cruel place. But it can also be a magical one, with beauty, generosity and heroism not so very far away, right under our noses in fact. Every now and then a record like this one comes along, just by way of a reminder.

All words by Glenn Airey. Find more of Glenn’s writing for Louder Than War here and follow him on Twitter @GlennAirey