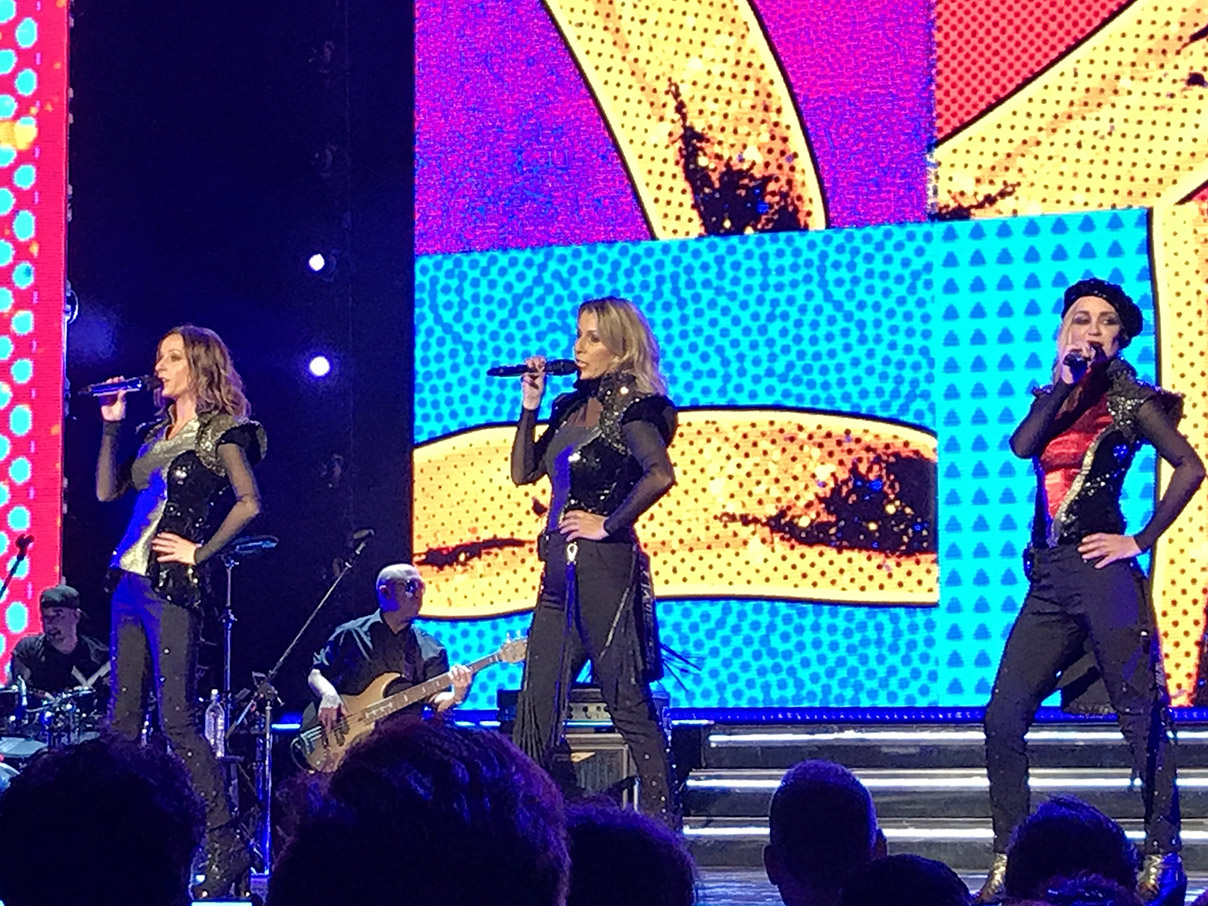 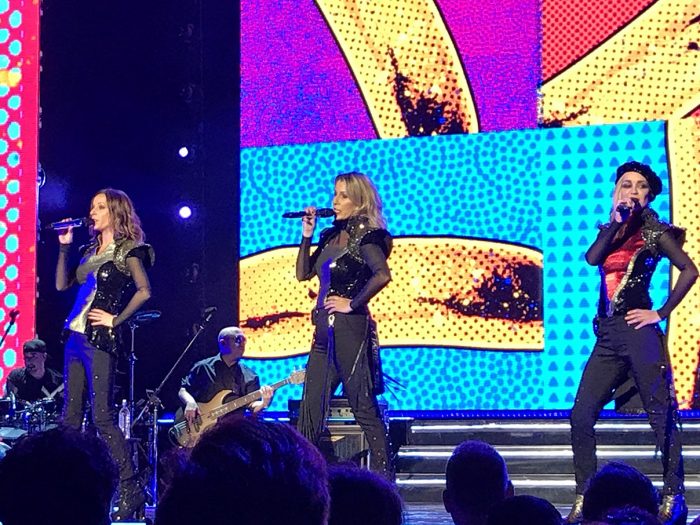 Almost 30 years after ‘that’ appearance at the BPI awards (now known as the Brits) the unthinkable happened and Bananarama announced a tour, their first ever with Siobhan rejoining Sara and Keren this is pop history and simply unmissable!

The girls promised “all the girls, all the hits and all the hair” on their imaginatively titled ‘The original line up tour’ and at the Manchester Apollo playing to a sold out crowd comprising of men and women of a certain age they didn’t disappoint.

Opening the show with their hi energy cover of the Supremes Nathan Jones the trio then dived into a career spanning set including all the hits, it’s easy to be dismissive of Bananarama and forget just how many hits the girls had back in the 80’s.

Robert De Niro’s waiting was quickly followed by their protest song Rough Justice and their first ever recording Aie a Mwana, later in the show, fan favourite Trick of the Night returned to the set list following an online petition after the girls cut the song from some shows.

Watching these three women onstage having fun and truly enjoying themselves it’s hard to imagine they didn’t speak for years following Siobhan’s departure, the girls acknowledged this poignantly by performing Stay, the monster hit for Siobhan’s Shakespears Sister, this was followed by Preacher Man which was a hit for the group after Siobhan’s departure.

I heard a rumour raised a cheer so loud it threatened to raise the roof of the Apollo and the girls then launched into more of their hits including I can’t help, it was given a disco tinged makeover and brought to life by their four piece band.

More of the classics followed, Shy Boy, Venus and a huge sing a long Na Na Hey Hey Kiss him goodbye before the girls briefly left the stage.

The encore was a sassy, attitude laden rendition of It ain’t what you do and then their smash hit Love in the first degree before the girls bid farewell to Manchester and the show was over leaving an audience happy and transported back to their youth.

The show itself was relatively simple by today’s standards, live vocals, no dancers, no costume changes, the original videos played on big screens and yes those dance routines haven’t changed and these were replicated perfectly by the appreciative audience.

As one of the biggest girl groups ever Bananarama were something of a blue print for those who would follow and this show proved that they still have it! This was one of the best pop concerts I have ever seen!

If the girls were enjoying themselves it’s safe to say that the audience were every bit as much if not more.

Yeah baby they’ve got it!

Photo and words by Martin Mathews, this is Martins first piece for Louder Than War.