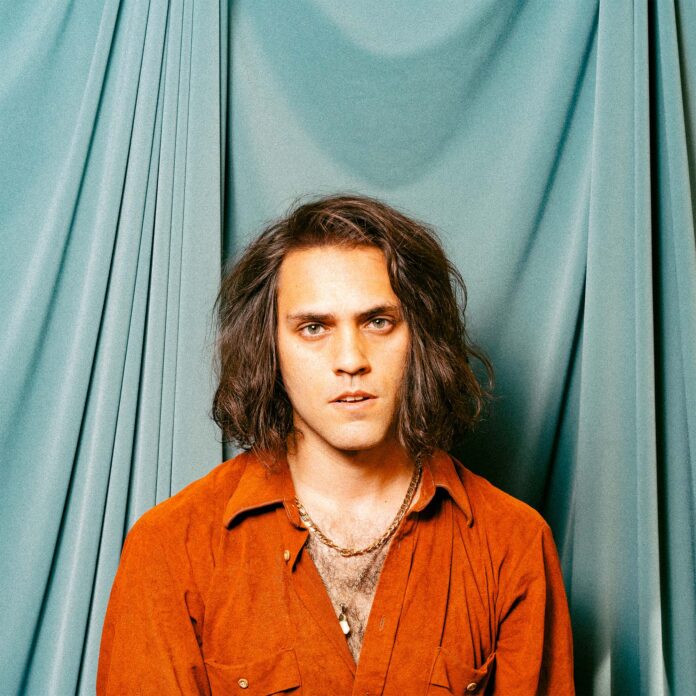 Bambara: Love on My Mind

Bambara are back with a new mini-album Love on My Mind. Despite the concision (clocking in at 22 minutes), it’s one of their most ambitious releases. Enlisting Jeff Tobias on saxophone and Jason Disu on trombone, as well as Bria Salmena and Drew Citron adding vocals, the band’s sound has expanded hugely.

All of the elements on the album seem natural. Whether it’s Reid Bateh’s rich and raw vocals, the pummelling basslines, or shrieking guitars. The album opens with a Molchat-like nostalgic synthesiser, lodging the gloomy mood firmly in place. A kindred Nick Cave gothic delivery sits alongside Western squeals like a cleaner Rowland S Howard. These comparisons might make other bands seem a bit derivative, but remarkably it sits rather uniquely in its placement for Bambara. It doesn’t get too mature with anything, there’s a quality of youthfulness that combines well alongside the mature sleaze. The tracks on this record have power and bite. On Mythic Love, the rolling bassline carries the track, backed with Bria Salmena’s vocals, it adds another dimension. The added vocals of Salmena and Drew tease a democratic push forwards throughout, but it doesn’t quite come through – somewhat disappointingly.

What’s most noticeable about this album is Bambara are exploring bigger noises, the brevity of it allows them to be concise and clear in their intentions. It doesn’t drag on, it’s perfectly enough for them to state their intent. While perhaps a longer record could give them more power, or weight in that statement, it doesn’t (and shouldn’t) matter.
Point & Shoot’s gloom and impact is forceful, vitally supported by the dynamism of sound. The bass and drums prowl around the crawling, searching guitars. The claustrophobic vocals give it an intimate quality, something which can be heard throughout the record. The mix on the record is excellent. There’s a ‘live’ sound to it which creates a real consistency across the tracks and a degree of candidness. Sometimes when bands add extra layers with new musicians it can get clinical, but on ‘Love on My Mind’ this isn’t the case.

Love on My Mind closes with Little Wars: a baroque punk track which slowly builds to a crescendo of noise and action. Reverbed drums and seduced synths gently guide the vocal lead to the song’s apex.

The band don’t stray from pop, nor do they appear to care too much about being ‘punk-rock’, they’re a rock ‘n’ roll band – it’s raucous noise with back-to-back slick anthems. It’s a genuine album, it’s straight to the point, riotous and personal.