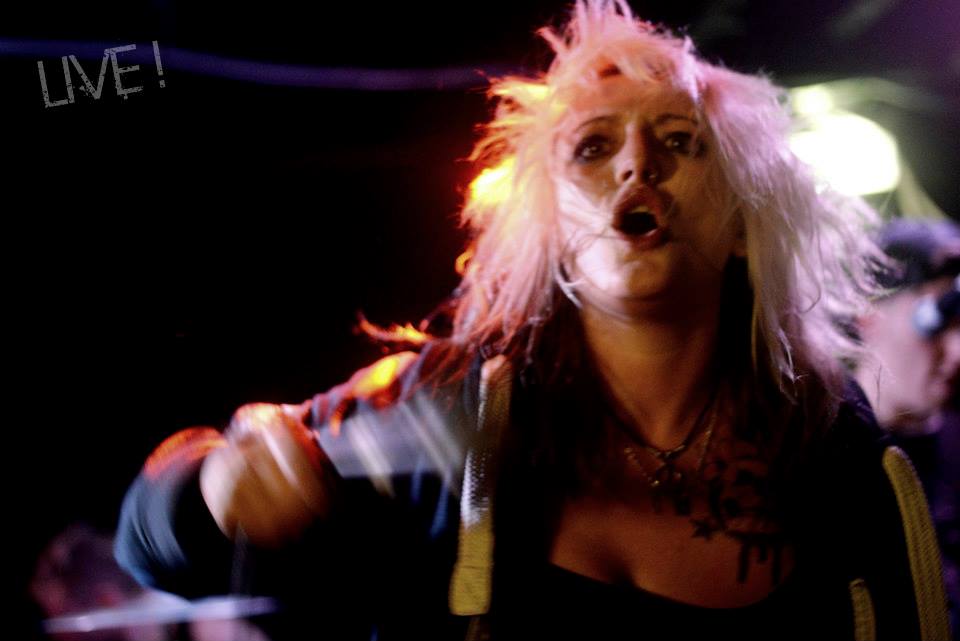 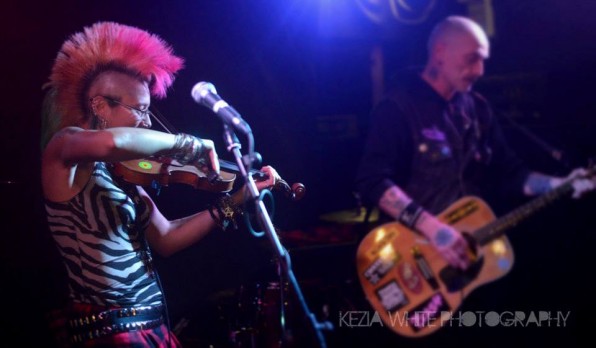 Billed as the Brum Punk Invasion at the Barn (at the back of the Milton Arms in Fratton) this was another of Jon Flash and Jon Lamb’s monthly cheap and nasty punk nights. Five bands for a fiver and a guaranteed great night out. Ged Babey attempts to report for Louder Than War.

This is gonna be sketchy, as usual. Eleven days into the new year and any resolutions about drinking and smoking less are blown away.  You don’t have to be as drunk as a skunk to enjoy punk but I aint no monk, so beers were sunk …. its gotta be done, once in a while. After all, we stayed in New Years Eve…

Greeted by the freshly black-barneted Flash, he introduces me to his new best friend Jock who apparently plays guitar in a band called GBH (lovely bloke, typical down-to-earth Brummy and no sign of any Rock Star ego) and I finally get to meet Sam, Bristol/London/Brum twin Mohawk legend and perpetual smiler who plays in a million Brum punk bands (Contempt, Screaming Abdabz and Alcohol Licks). Together they are gypsy-punk, pirate-folk duo Balsall Heatherns playing violin and acoustic guitar respectively.

Even if you’re not a fan of folk music Sam’s charisma, piss-taking, laughter and shouts of “Arrrrsse…” make their set a totally enjoyable knees-up, and she’s a virtuoso fiddler too.  Jock simply bashes away on his battered acoustic guitar and lets Sam’s singing and violin-ce create the mood. They’re a great camp-fire party band with an armoury of covers like Whiskey in the Jar remodelled as Whiskey in the Giro.  They even let me sing with them on a hillbilly take of New Rose.  Which was great fun and a privilege.

The whole ethos of co-operation, do it yourself, get pissed, enjoy and don’t expect to get paid more than expenses is what makes these nights so great. It’s all about a good-time atmosphere and a bunch of bands and mates playing for the fun of it.  I missed the first two local acts, Lineside and Without Warning, which was a shame as the latter looked great; raw, basic and straight to the effin point. ( see video)

I did, however, see cranked-up sets from Brassick and Angry Itch – Black Country youngsters who seem to have started their musical eduction with Nirvana but branched out in their own frantic directions.  Brassick’s singer is a hooded blonde livewire diva who jack-knifes her body as she roars, one of those raspy punk-brat Waaaah! voices –  a bit Pretty on the Inside Courtney and a bit Dickless (google them, but be careful!). 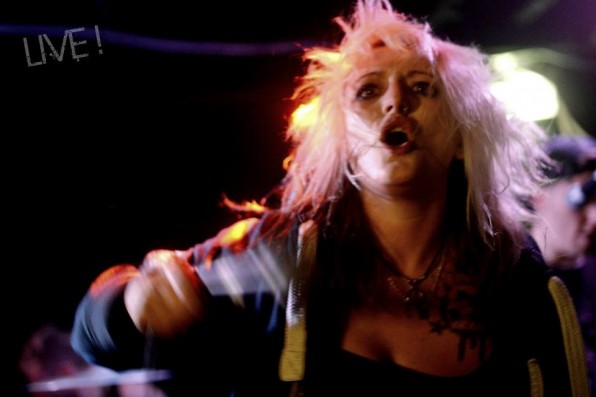 The band are fast and tight American style punk-pop but with an edge and a lot of verve and energy as they keep up with the singer’s manic modus operandi.  They reminded me a bit of the wonderful Blessed Ethel ( forgotten 90s heroes who John Robb was discussing on Facebook recently).

Angry Itch are a classic all male three piece who specialise in a kind of mix of dumb grunge and pissed off punk and won me over immediately with a song which the Angry Samoans would be proud of called Don’t Be A Dick. Typical of Sub-Pop bands, the Itch play it loud and dumb when they’re actually pretty smart and their EP is a superb piece of young, loud snottiness. They hammer away and are desperate to be badass motherfuckers but just can’t help themselves and in true Birmingham fashion they take the piss and muck about between songs, making them all the more enjoyable.

A brilliant beer-sodden night as usual at the Barn and a couple of new punk bands to add to the list of young acts who are keeping the flame burning  … and of course great to see Sam and Jock doing something fun and rootsy and away from the expected punk rock  routine.

Facebook pages can be found on the following links:

All words by Ged Babey and photos by Kezia White More by Ged can be found at his author’s archive.