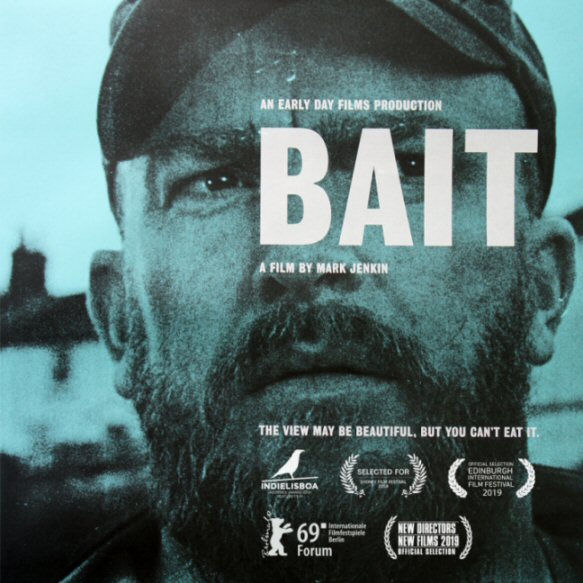 Jamie Havlin takes a look at a Cornish set drama described by Mark Kermode as ‘a genuine modern masterpiece’.

In a year where many British directors including Danny Boyle played safe, it’s encouraging that 2019 also witnessed some more inventive and personal projects being made on these shores. Bait is a prime example of this other kind of cinema.

An independent film by writer-director Mark Jenkin, Bait underwent a remarkably long gestation period. He first began thinking of a version of his idea in 1999, as tourists flooded into his native Cornwall, hoping to gain a good view of the solar eclipse.

The story went through many changes but remained focussed on the theme of locals feeling alienated in the very place where they have been born and raised.

Edward Rowe plays Martin Ward, who along with his older brother Steven, has been forced to sell their parents’ harbour front family cottage to affluent out-of-towners Tim and Sandra Leigh, who only live there during the height of the summer. Steven earns a living from taking tourists out on coastal cruises, an idea which Martin scoffs at. As does Steven’s son Neil, who refuses to help out on the boat even when he can’t afford the price of a pint. 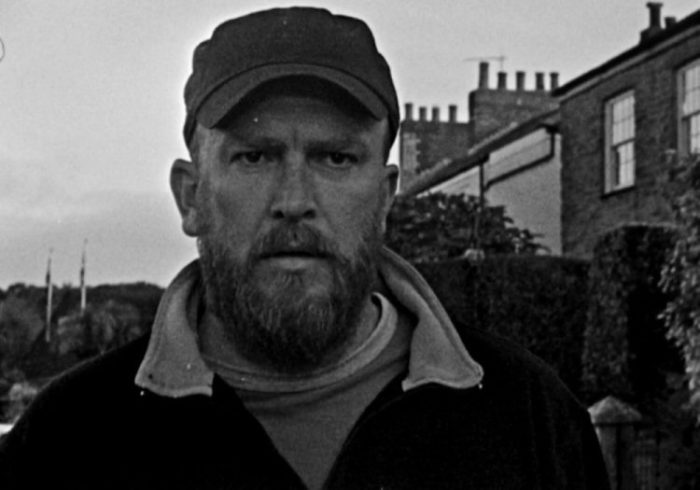 A man of few words but strong views, Martin looks permanently suspicious and on-edge. He is a trawler-less fisherman but catches the odd sea bass in nets cast from the shoreline. He also ‘shoots’ an ancient parlour pot into a nearby gully, hoping to trap lobsters.

He sells these to the landlady of the local pub, a woman he believes is a sellout because she now shuts down in the winter when diminishing numbers of locals are her only chance of custom.

Resentment is rife throughout the village and the Cornish and incomers often mix uneasily. Tensions mount. Martin’s old truck is clamped, and he blames the Leighs. His feisty young friend Wenna ends up in trouble with the police after becoming involved in the ensuing argument. When the Leigh’s daughter Katie is discovered to have slept with Neil, events spiral out of hand with tragic consequences.

Edward Rowe makes an impressive cinematic debut here. Watching him wander round the village, glowering every time he spots an tourist, it’s difficult to believe he is better known as a stand-up comedian.

Bait does have its funny moments, though, such as when Martin stands dumbstruck as a holidaying hipster, ignorant of the importance of tides, rants when woken by the sound of a boat preparing to take off first thing in the morning. He even speculates that this is possibly illegal.

Filmed mainly in Charlestown, a picturesque port near St Austell, Jenkin didn’t make things easy for himself. He used a vintage 16mm clockwork Bolex camera with reels of film that only record two and a half minutes of footage each. Because the camera was so noisy, he shot the entire film silently and then post-synched the dialogue and added in the soundscape in his Newlyn studio. The results are super grainy and display the kind of scratches, flares and flickering that you might expect from a 1970s exploitation flick that did the rounds of the grindhouses of New York’s 42nd Street.

Sometimes, you could mistake it for a silent documentary from the dawn of cinema. At other times, with its rapidfire use of montages to advance the story, it resembles an avant-garde piece from the early days of the Soviet Union. Nic Roeg is an obvious influence on his editing. Like Performance (1970) and Don’t Look Now (1973), Bait employs some ominous flash-forwards, although it is mostly told in a linear fashion. 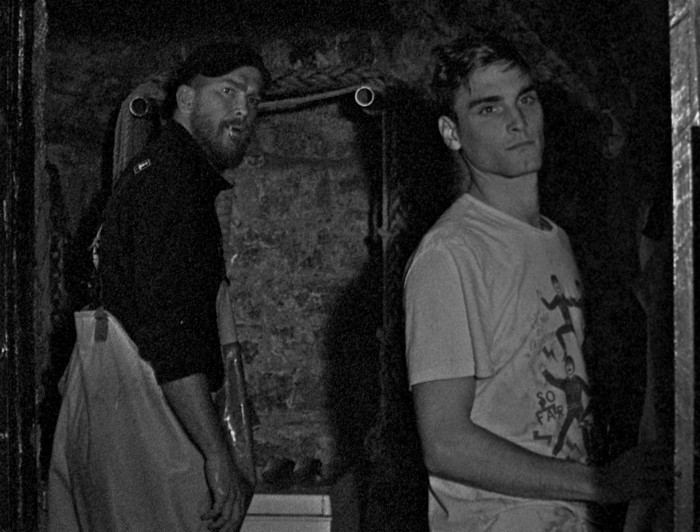 Just occasionally, a couple of the out-of-towners veered towards caricatures and at one point two separate conversations in the pub intertwined awkwardly but Bait definitely does enough to demonstrate that Mark Jenkin is a talent to watch.

Premiered at the 2019 Berlin Biennale Film Festival, Bait has gone on to win and be nominated for a number of awards. As I write, it is up for two BAFTAs, one for Outstanding British Film, the other for Outstanding Debut for a British director or producer.

Critical praise has been high for the film. Kevin Maher in The Times judged it ‘one of the most extraordinary movie experiences of the year’, while in his review of 2019, Louder Than War’s Lee Ashworth wrote that ‘the most singular cinematic experience of 2019 is undoubtedly Bait.’

I doubt Visit Cornwall were quite as keen on it, though.

Special features include a feature-length audio commentary with director Mark Jenkin and film critic Mark Kermode; Bait Q&A – Jenkin in conversation with Kermode; a selection of short films by Mark Jenkin and more. An impressive package.

To launch the DVD/Blu-ray release, BFI Southbank will present Bait with a live score created and performed by Gwenno Saunders, with Georgia Ellery (who plays Katie in the film) on Friday 17 January. On the same day, Invada Records will release Jenkin‘s score on vinyl. You can read a review of that by Louder Than War’s Simon Tucker here.