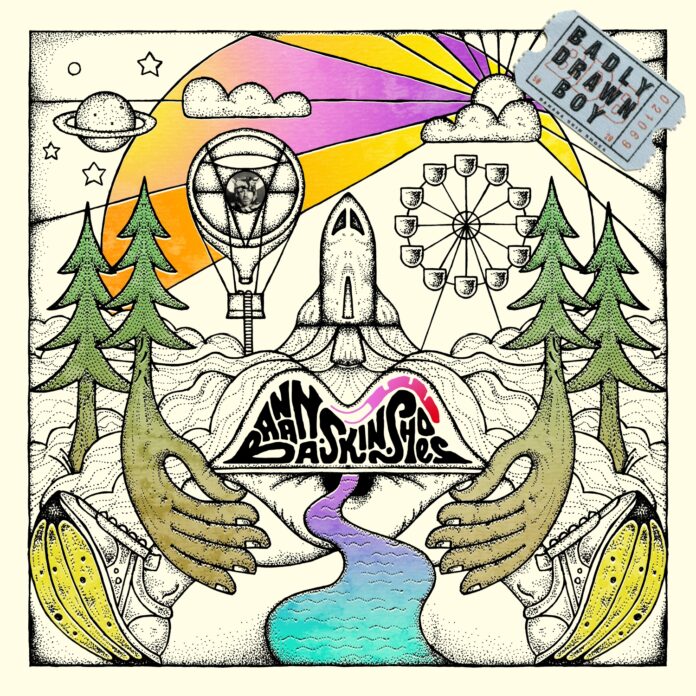 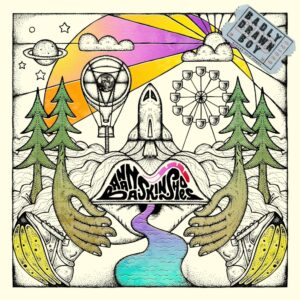 Badly Drawn Boy returns with his ninth album, Banana Skin Shoes, and finds a form that had eluded him for some time to fully embrace his pop soul.

If we are to believe that there are only seven narratives, then Damon Gough, a.k.a. Badly Drawn Boy, would fit pretty firmly in the rags to riches storyline. Twenty years ago, the world was at his feet. On the release of his debut album, which set an unbelievably high benchmark, the critical plaudits and commercial success came flooding in. He himself said it all upon receiving the Mercury Music Prize that year. “Good things don’t happen to good people.” But, for a while, they did as his star continued to rise with his soundtrack work. The problem set in as he seemed unsure of where to go next.

After such an eclectic debut that flitted with a deftness of touch and a natural ease between styles, it was always going to be difficult to tread that laissez-faire troubadour path while at the same time attempting to build on his commercial success. Gough seemed trapped between the two roles, unsure of which to fully commit to and the strain showed. From the fans’ point of view, it also didn’t help when your favourite guy next door started singing about hobnobbing with Madonna (tongue in cheek as it may be). The result, nearly a decade ago, after changing labels a number of times and a string of albums that gave diminished returns both commercially as well as critically, was a well-publicised onstage meltdown in L.A. Since that moment, save for more soundtrack work, all has been very quiet in the world of Badly Drawn Boy. Until now.

After a lengthy hiatus, Gough has finally returned and has done so with his strongest work for a long time. On his new album, Banana Skin Shoes, he fully embraces the pop star that he has always had within, but wraps it up in the kind of funk-folk grooves that you’d be more likely to find on a Beck album. That’s certainly the order of the day on the opening title track as synths and horns crash up against each other over what is his most danceable tune since Disillusion. From the off, he references his own dilemma over the years. “It’s time to break free from this plaster cast and leave the past behind.” He certainly is, and the result is infectious and liberating.

Current single, Is This A Dream? is pure pop with no pretenses. The double-tracked vocals, rising choruses, and wonderful flowing melody stamps a firm sign that Gough is no longer troubled about what path to take. As he says on the slinking I’m Not Sure What It Is, “I’m tired of climbing ladders just to slip down all the snakes.” It’s a re-examining of not only his music and direction, but also feels like one of a wider reflection on his life over the last twenty years.

His heart is on his sleeve and this time is adorned with everything necessary to help it shine. It’s the honesty in the lyrics of the new album that elevates the songs even more. I Just Wanna Wish You Happiness is an ode to his ex-partner, laying bare the struggle to accept an end before finally realising that it is better to let go, for the future happiness of all involved. I’ll Do My Best, which closes the album, is a message to his new wife and, coming 20 years after the album inspired by burgeoning romance, in a way closes a circle on the past and opens a new door to the future.

In doing so, Gough also draws back on the city that made him, Manchester. The modern Motown stomp of Tony Wilson Said namechecks various neighbourhoods, venues, and myths of the city as he roots himself back where his journey began. He has also in no way completely turned his back on his gentler side. Songs like Note To Self evoke the twinking twilight beauty of his earlier work, but shows more focus, while Funny Time Of Year sees him back at the piano for another bout of self-reflection. It’s on Never Change where he really plucks the heartstrings though with a wonderfully lush string-laden ballad. That said, the record really makes its mark where he steps out of the expected. Just like the title track, Fly On The Wall manages to look both backward to the pop-soul sound of the 80s, while also forward to new horizons.

With the release of Banana Skin Shoes, Badly Drawn Boy has entered his rebirth chapter as a reinvigorated protagonist. Here’s hoping the rest of his story heads towards the happy ending he deserves.

Watch the videos for Banana Skin Shoes and Is This A Dream? below: