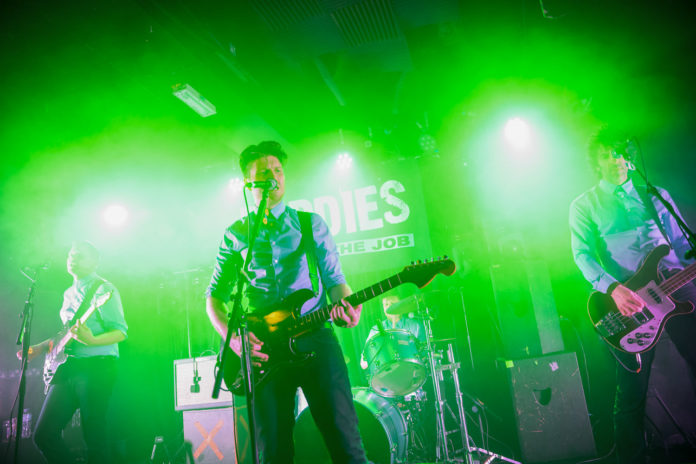 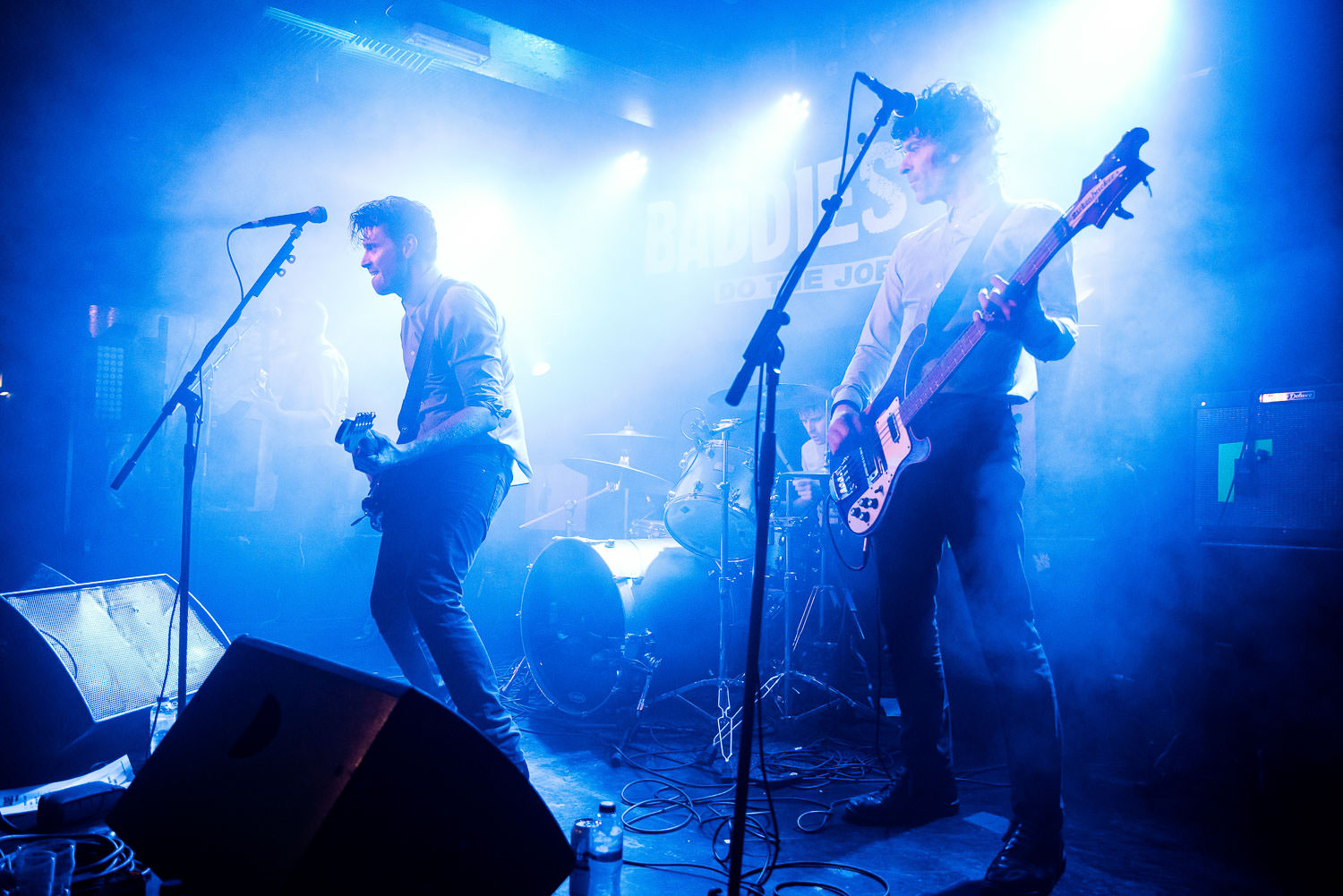 Southend’s Baddies broke up in 2012 but reformed for a special one-off gig in London to celebrate the 10th anniversary their debut Do The Job. Louder Than War’s Andy Duke was there to brave the virus and take in the sounds.

Let’s delve into Baddies return to the stage by peering backwards. Before I begin, however, I feel duty-bound to declare a conflict of interest. Mike Webster, the band’s figurehead, is a friend of mine. But, rather than deliver a biased account of their comeback – my link to the band’s frontman will provide ballast to the significance and background to tonight’s stunning gig. And the best place to start is the end.

Skip to the end
On 2nd December 2012, I travelled to the band’s native Southend to catch Baddies’ final gig. Having released their second album, Build, only nine months before this swansong – to say the announcement of their split was a shock would be an understatement. But, rather than stereotypical creative differences being the culprit, the music industry’s seemingly impenetrable ceiling seemed to be the catalyst for the Essex-band’s last waltz. And, judging from the camaraderie and excellent chemistry onstage, there was also a collective desire to not let bitterness or anger enter the fold. Before a sold-out home crowd at Chinnery’s, the lads played the gig of their lives. Equal parts bittersweet and jubilant, it seemed a fitting if sad way to bring their five-year-long career to a dignified conclusion.

Never is a strong word
In July of 2017, I interviewed Mike Webster for my Dukey Radio Show podcast. Generous and incredibly open with his emotions, our intense chat explored both the dark and positive aspects of his musical endeavours including a detailed examination of the ascent and demise of Baddies. Between Curb Your Enthusiasm tangents and discussing our mutual love of Gang of Four, Webster wasn’t afraid to go deep. And, while he was reverential to his Baddies’ past, he was dismissive about a reunion ever happening. The lack of proximity with bandmates had frayed some ties at that point and, understandably, there was also a fear of potential apathy from fans so many years on. More importantly, Webster was busy juggling a new band (Asylums), label (Cool Thing Records) not to mention an exciting electro-infused solo venture (BAIT).

‘Do The Job’ regardless of the virus
So that’s the lead-in. It’s near enough impossible to detail and examine a gig as brilliant as Baddies’ comeback performance at The Lexington. With a debut album as strong as Do The Job, tonight’s celebration of its 10th anniversary makes for an incredibly strong set by default. Add into the equation the band’s lack of an agenda, for this is a special one-off show, and the audience are treated to a sonic onslaught that purely exists for the love of it. There’s no product to sell. No tour to promote. No egos to massage. No upward career trajectory to concentrate on. Tonight is simply a celebratory knees-up of a gig. And it shows. 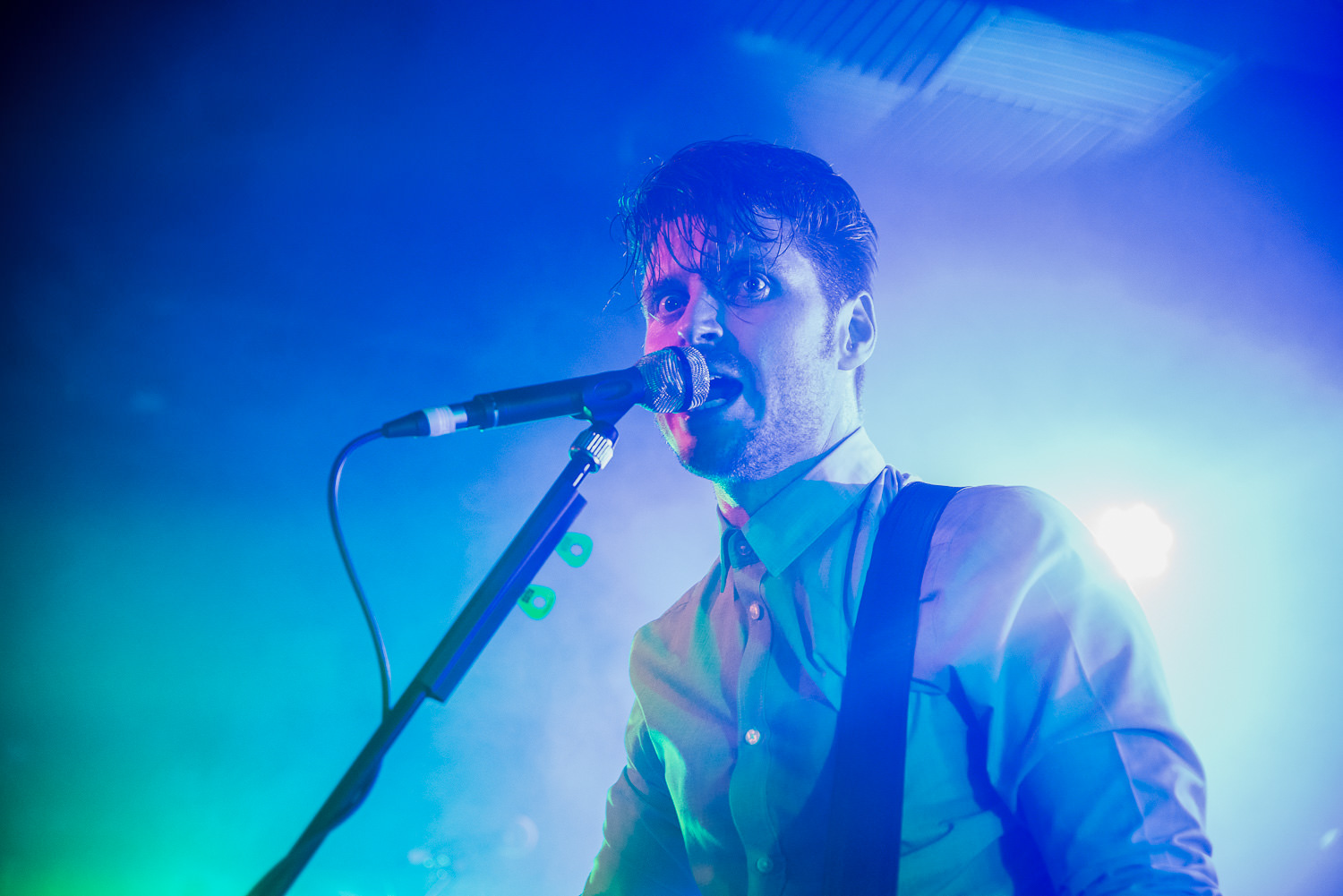 The 14th of March 2020; what a time to finally dust off the band’s characteristic blue shirts. The world is in a coronavirus-distorted blur with gigs, tours and events being cancelled with the speed of the intro to band’s track Battleships. Defiant and with the Spirit of the Blitz coursing through their veins, however, Baddies’ comeback gig cannot be outdone by a virus. Despite the night being sold out for quite some time, the venue isn’t fully packed for obvious reasons. But, in these scary times, ‘full but not TOO full’ is a good thing and we can keep (a reasonably) safe distance from each other.

Better than the ending
When I referenced Baddies’ final show above, I wasn’t using hyperbole with the phrase ‘played the gig of their lives’. Tonight, however, the band have succeeded in bettering this still memorable 2012 performance. All twelve songs from Do The Job get an airing tonight along with lesser-known releases such as Little Scissors, Handshake and one of my favourite non-album songs Block It Out. The blood harmonies between the Webster twins have never been tighter and there are a few surprises as well. Gone are the synths. There’s not a single keyboard on site. There are no headphones with click tracks for drummer Jim Webster to have to lock in with. And, as a result, when the band unleash Talk To Me Germany and Bronto from the synth-heavy Build album – they feel like they’re getting a Do The Job remix. To make this happen, Simon Bellamy skilfully and effortlessly fills the synth void with his Telecaster and gives the most animated performance I’ve ever seen from him to date. The chemistry of the Danny Rowton and Jim Webster rhythm section remains an outstanding force with the former’s heavy plectrum Rickenbacker attack simultaneously anchoring and dancing around the always dynamic drum patterns. Meanwhile, Mike Webster’s lead vocals have never been stronger and he delivers the kinds of sounds from his black 1980s Squier SQ-Series Stratocaster of which the late Andy Gill would have been envious. 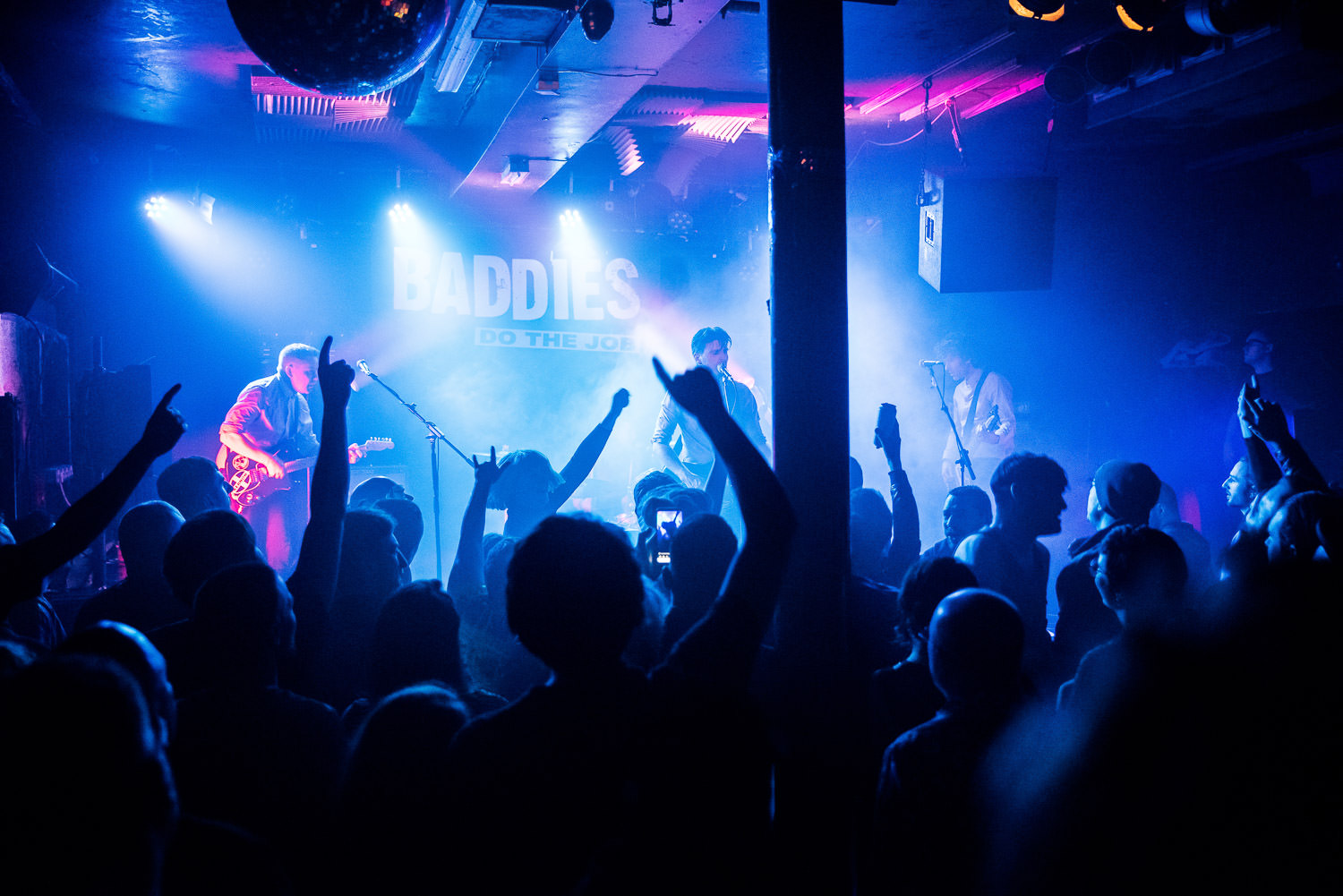 The challenge of fault finding
Yes, I AM a reviewer. And, as your humble servant, I feel compelled to show due diligence. There is one thing about the gig that I didn’t like. Mike Webster referenced the passing of time – ‘we’re looking older, fatter and greyer’. I don’t approve of this self-deprecation. In fact, the lads have hardly been changed by time. Do(ing) The Job for the love of it keeps you young. And sounding better than ever.

All photos by Ila Desai.

June 4, 2020
7
Louder Than War’s Nigel Carr caught up with Mike Bennet to discuss Glamnezia and everything glam, from its origins in English music hall, through the very first stirrings in the late sixties to the US crossover of glam and hair metal!
Read more 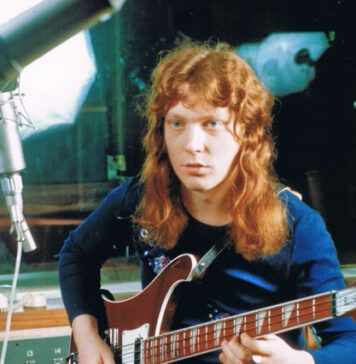 June 4, 2020
8
We have just heard that The Sweet guitarist Steve Priest has passed away at the age of...
Read more