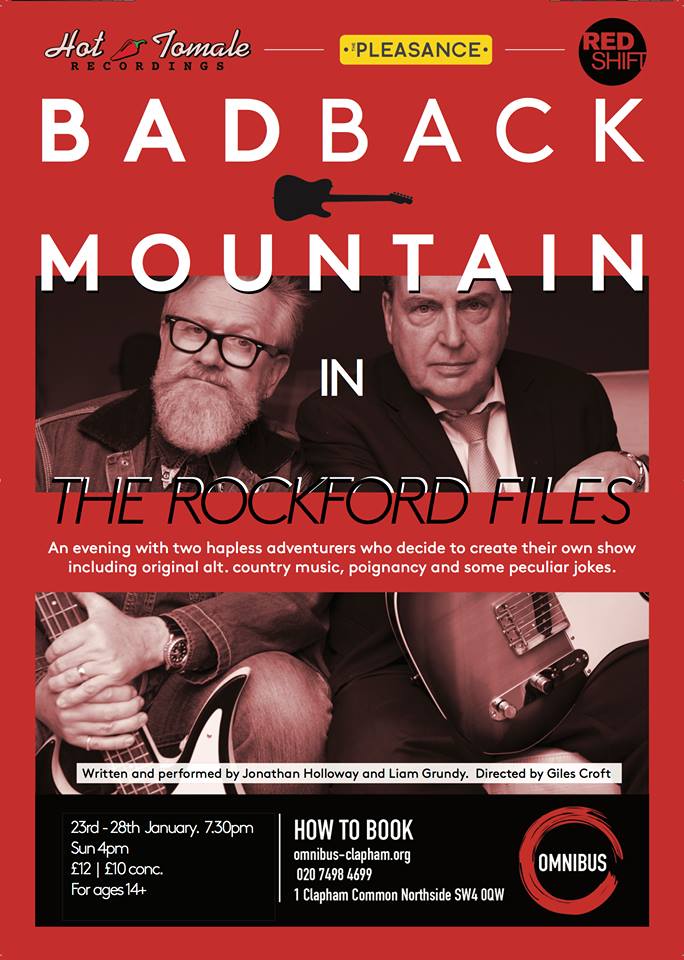 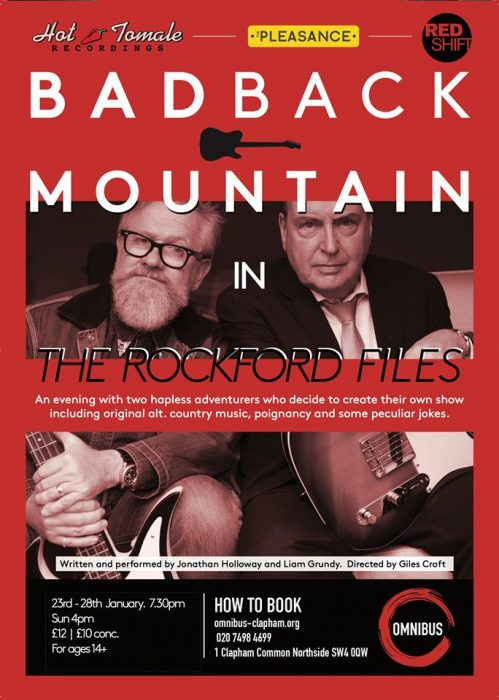 Both men have a huge well of experience in the world of theatre, Jonathan as the main force behind The Red Shift Theatre Company since 1982, where he has directed many plays (classics and self penned). Liam is best known for his talents as a piano player, having played with numerous American music legends over the years (Scotty Moore, James Burton, Billy Swan), he has also released two excellent solo albums (“Richmond” in 2009 and “Houston” in 2015). Both records display excellent songwriting and a deep love and understanding of American roots music (Blues, Rockabilly, Boogie Woogie…). His experience as and actor and musician in the West End and Television make him the perfect foil to Jonathan. The show is co-written by them and the director Giles Croft.

The play is centred around two characters who are rehearsing for a show at the Edinburgh Festival, both seemingly disillusioned with life in general. Liam plays a retired copper who has recently lost his wife and Jonathan, a former bank employee whose partner has abandoned for a former flame. Both free agents, they are left to their own devices to elaborate a show based on “The Rockford Files”, the legendary seventies TV show starring James Garner as a down and out detective. Liam plays the no-nonsense character who tries to keep the proceedings on track while Jonathan’s is a more freewheeling artistic type who fires one idea a minute and has a love for wacky wigs. Calling themselves “Badback Mountain” (source of numerous jokes from their family relatives), they intersperse the plot with some musical numbers including an excellent brand new song penned for the occasion titled “No Girl in Tennessee”. Both characters take jabs at each other but you feel that their deep love for the music they are playing and for that damn TV show means a whole lot more to them than they are ready to admit to each other. As the story moves along you also realise that there might be more at stake than just getting the show ready for the Edinburgh opening night…