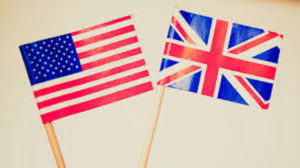 Join our visa campaign here and leave message about problems you are having.

Over the years we have been reporting on the endless battle for UK bands to get visas to tour the USA. Stupidly expensive and inefficient it’s meant that UK bands have slowly but surely given up on touring the USA.

With costs reaching up to a staggering £4/5000 to get a band into America once you have paid the visa fee, visa agent fees and other costs like having to out for train fares to get to London for the interview at the American Embassy – an expensive process that doesn’t event guarantee you entry or even getting the visa in time to start the tour because they are nearly always late – still at least it only costs an American band about £30 to get visas for the UK – lets you know where you stand in the Empire!

The bad news is that it looks like its going to get even more expensive to get into the land of the free or the post Donald Trump America of walls and super rich and mean spirits.

It could now  become 42% more expensive to tour in the country.

The US Citizenship and Immigration Service has confirmed today that there will be a large fee increase on many of their immigration applications and petitions, meaning the fee for artists to acquire a visa will go from $325 to $460 per person in December ’16.

All musicians from outside of the US are required to apply for a nonimmigrant petition to perform in the country, and that particular petition has been singled out for a massive 42% increase in cost. This now also extends to roadies, managers, TMs and all members of an artist or band’s team that will enter the US from a foreign country.

The Canadian Federation of Musicians has since released a statement attacking the increased cost. Executive director Liana White said, “While we recognize that for Canadians the USCIS artist visa process may be more simplified than other musicians seeking to enter the United States under the same permits, however, a fee surge of this kind adds an additional and unacceptable financial burden on our members.”