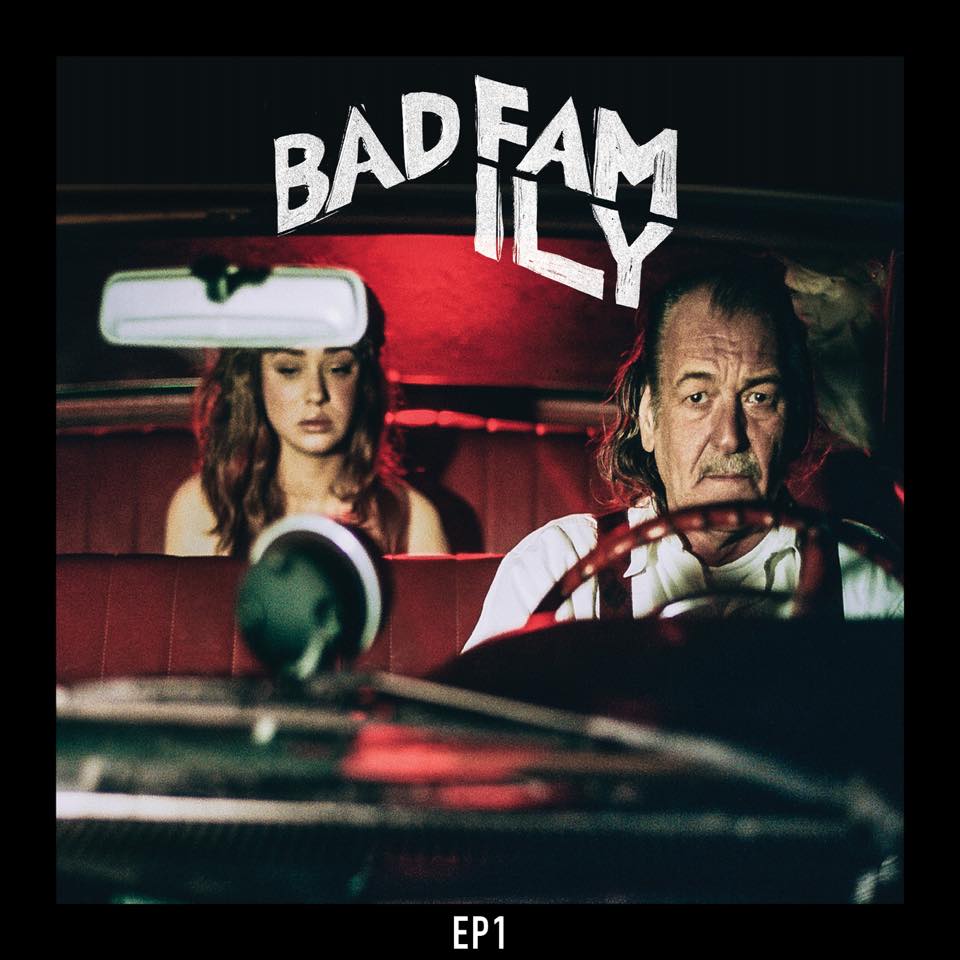 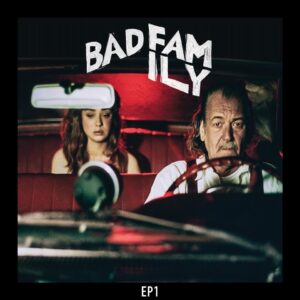 Brighton quintet know the power of an anthem. This could go oh so wrong but crucially Bad Family well know that most anthems are either written too slow (Elbow), too fast (Kasabian/Kings Of Lean et al) and ironically have no or little meaning. So get it right, as they do, and you create something perfect. Music becomes a delicious and powerful craft.

And such is the case with ‘EP 1’  which rattles with vintage guitars and huge choruses without assuming to be ‘of the people’ but with their lyrical themes that address addiction, perversion and the darkness behind the curtains actually succeed in providing sincere expressions of the big problems facing today’s developed populations. If people wrote their own anthems they’d be express frustration, loneliness and unfulfilled aspirations, not the insecurities of the bloated rocker such as how hard it is returning from tour or, pedantically, how a bit of sunshine can sort you out.

Opening with ‘Real Fast Car’ from the off it shimmies with asexual Bowie-esque ‘Rebel Rebel’ wriggles and ‘War Of The World’ string lines dance. Vocalist Dane Etteridge’s vocals are soulful as he narrates a lustful exchange, “Hell I just want your money, and a handsome man, and a real fast car” before the chorus confirms the proposition over a glam stomp; “I’ll be a perfect girl if you treat me right… It’ll cost your car and all your money/It’s only sex but sex sells, don’t it honey?” This doesn’t dilly dally around, when the verse rolls out it doesn’t repeat its initial refrain before hitting the first chorus. It paces onward because it has big grabbing hook and knows this. It’s an approach to be commended. It would be great if all the self-pitying crooners were this critical of their catalogues, they’d sling most of their songs away and leave us alone.

‘I’m A Drunk’ follows and in its opening three-second cajole displays a song-writing ability far greater than the Fratellis managed to fumble with across their career. The guitars sway as Etteridge asks “I’m a drunk now woman/Is that why you’re leaving?” And if we look at the topics, addiction is a very prominent thread, be it carnal of chemical.

The EP closes with ‘My Body Pines’, which sees Etteridge infuse something of Alex Turner as a death march slowly parades out of the speakers. Bad Family know how to use harmonies wonderfully and as the bridge discusses divorce and tron strings weave a melody underneath the vocals, Etteridge’s calls for comfort are clearly born from trauma.

This is a damn fine EP and it’s a great way to close out the year by giving us a guitar band who aren’t staid in a bloated sense of rock-posturing but do speak honestly and bluntly and know the power of melody. Wrap up with this for now to communicate with your demons, and let’s look forward to more from these guys in 2017 because if this is anything to go by, at last someone could be tearing guitar music a new one.