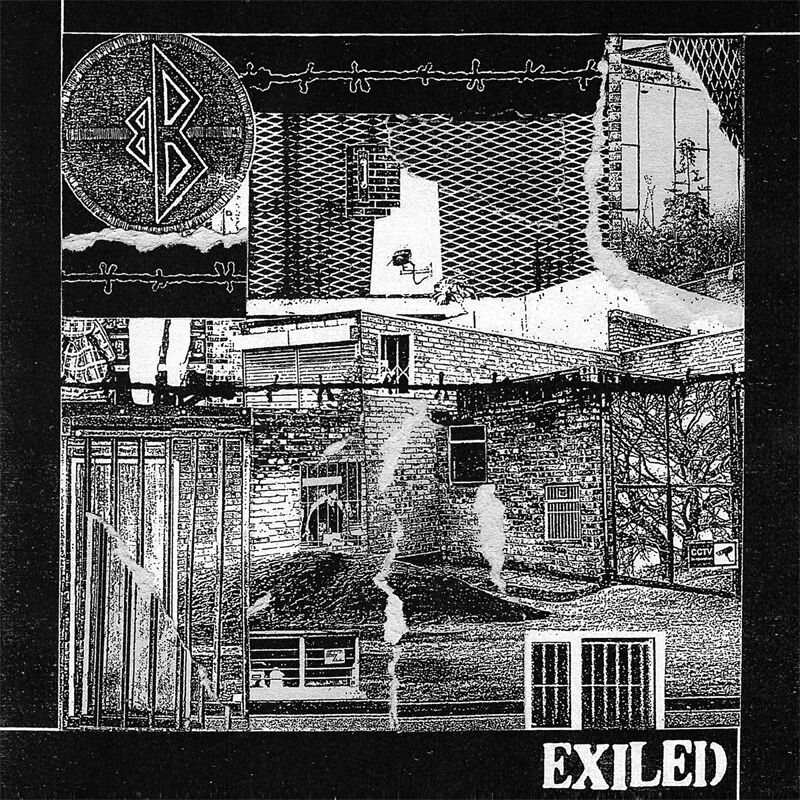 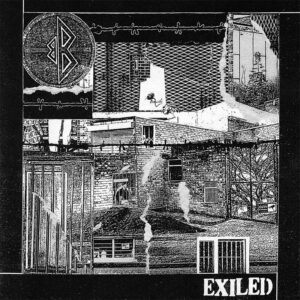 Bad Breeding release their 3rd album, Exiled today via One Little Indian Records and have announced a European tour in September/October to follow their run of UK shows this July.

The album is now available on vinyl, download and also streaming from HERE

Exiled is a 32 minute anarcho-punk/hardcore statement depicting the impact of neoliberalism on areas much like their hometown of Stevenage, where large sections of the community have been ignored, but also punished as a matter of ideological course.

Tackling talking points such as growing austerity, spiralling debt, repossession, food banks and homelessness, the influence of corrupt mainstream media, the overpriced private rental market, reactionary nationalism, zero-hours contracts, western imperialism, unjustified wars, alongside dehumanisation from the birth of Artificial Intelligence, Exiled delivers a twelve track, bone-crunching wake up call, written by a band who were formed to challenge the status quo from their own local experiences.

“It can be hard at times to keep your hate pure. The constant, intentional friction of the media, of the culture and of our politics sands away at its edges, until it can feel too tiring to make them sharp again.

Every facet of our reality is designed to wear us down. Political values that are natural to despise are presented as facts of life rather than ideology, and in the face of the seeming inevitability of these values continuing lethargy sets in.

But as the late Mark Fisher wrote: ‘emancipatory politics must always destroy the appearance of a “natural order”, must reveal what is presented as necessary and inevitable to be a mere contingency, just as it must make what was previously deemed to be impossible seem attainable.’ And for that to happen, you need to hate.

Hate is the only energy that can sustain you in increasingly brutal times. I paraphrased the polemicist Alexander Cockburn to start this piece, who used to ask interns at The Nation magazine ‘How pure is your hate?’ on their first day to test their ‘morale and commitment to the good fight’. One such intern was former Labour leader Ed Miliband who answered that he ‘did not hate anyone’. Proof if any more was needed of the truth of my initial statement.

So don’t let that visceral feeling in your gut get dampened by patronising sneers or dismissive intellectualism. You don’t need a degree in political philosophy to know that it’s fundamentally abhorrent for 4.1 million children to be living in poverty in the fifth most developed economy on earth.
`
You don’t need to know the GDP of the UK and its attendant affect on economic growth to know that homelessness increasing by 60% since 2010 is symptomatic of a rotten, morally bankrupt society where violence and suffering is inflicted on the most vulnerable as a matter of ideological course.

It is clear that the disconnect between the reality of 1.3 million families using emergency foodbanks in the last year and a government claiming to be for the ‘just managing’ is laughable and somewhat scary in its bug-eyed delusion. As the recent UN report on poverty in the UK put it: ‘The Government has remained determinedly in a state of denial.’ Just because statements are issued from behind a lectern doesn’t make them any more valid than the patronising babble of a Davos attendee philanthropist, monologuing about ‘fostering opportunity and sparking innovation’ whilst hoarding capital in offshore bank accounts.

This isn’t normal. The UK government is systematically inflicting deep injustice on those who should be receiving the most support – and it’s getting worse. The ‘natural order’ that we are embroiled in is a farce and wasn’t even in place two decades ago in many cases. Screams of derision are the valid response for anyone that says otherwise.

Austerity has wrought ‘unnecessary misery’ – we know this, we feel it, we see it happening to ourselves and to our communities. It is often portrayed that there is a complex political reality or set of circumstances that makes this necessary or inevitable and the patrician outriders that often deliver this message can knock fragile self-belief. But here’s the thing – there is no complex political reality, no set of circumstances that do or could ever make the actions of the ruling class in the UK necessary or inevitable. It is simply their own ironclad entitlement and lust for power and capital.

There are clear enemies for us to face. In the coming years of dwindling resources and accelerated ecological catastrophe that fact will become increasingly stark as the gilded class of the super wealthy are forced to become more transparent and authoritarian in their attempts to dominate. Along with a likely surge in more violent and direct methods to achieve these ends, there will be continued efforts to obfuscate the truth of the reality we experience and know to be unjust in order to dilute and undermine the anger that is already growing and to allow self-doubt to creep in.

Guard against it in the most productive way possible – keep your hate pure.”

Press Release from Division PR for One Little Indian Records – presented by Louder Than War.