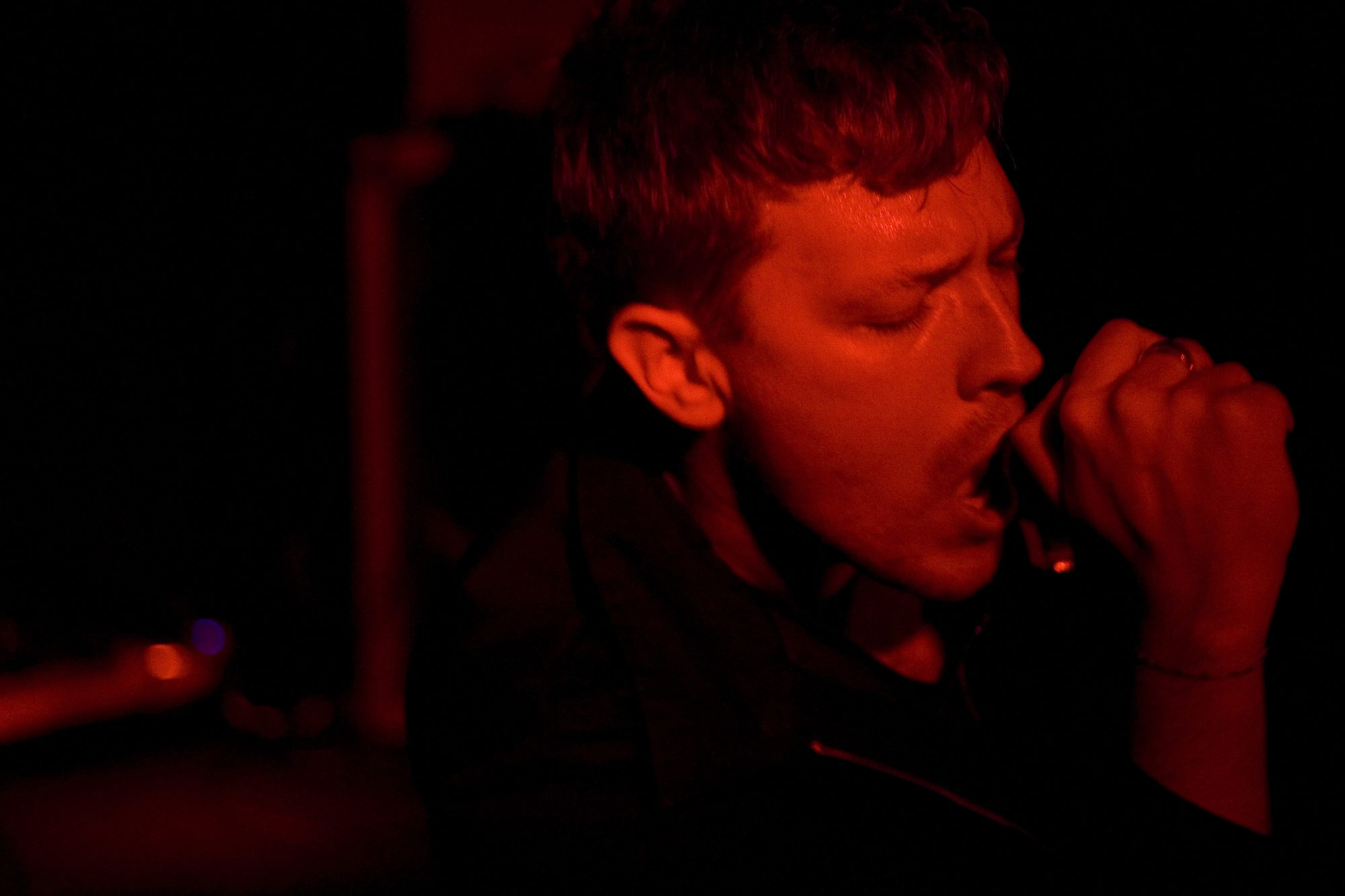 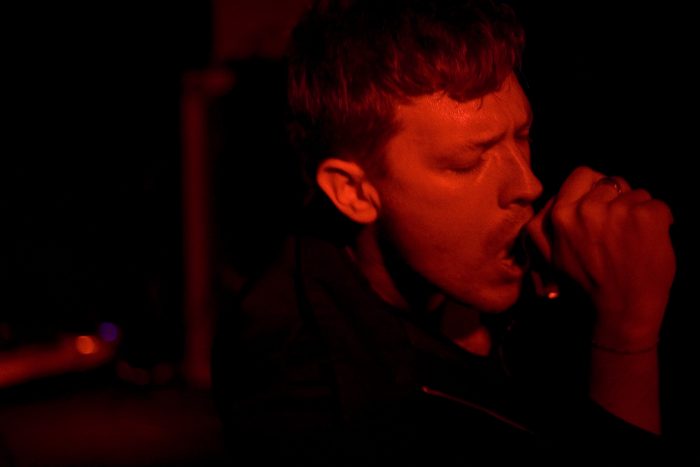 Glasgow was having one of those “who the hell thought this up” weekends that periodically happen. Not only were Buzzcocks celebrating their 40th anniversary at the ABC in town, a few other punk-y gigs had been lined up over the preceding night and the Saturday. I sometimes wonder why no-one seems to check gig calendars to see who else is on before booking their shows. Nuts. In these cash-strapped times, people can’t really afford to do two nights in a row financially. Not great for the liver, either, for that matter.

Anyway, talking about livers, I was unlikely to do myself much damage in the Hug and Pint; with their “basic” lager (which I’d asked the barman about about, not wanting to get involved as such frippery as craft beer) costing me £9.20 for two pints, it was a case of sipping slowly. I ended up wrecked, anyway, so maybe there’s something in this whole craft beer carry-on. The venue’s upstairs bar has a very high beard and vintage bicycle quotient; not my cup of organic green tea but the youngsters seemed to be having a good time. Must be an age thing, I guess.

It seems like an odd choice of venue for Bad Breeding. The downstairs part, however, is a concrete sweatbox and the promoters have been putting on some excellent shows since its days some years ago as The Liquid Ship. The remodeling of the layout down there has been a cracking success, too. 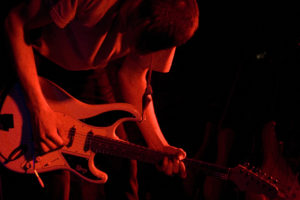 To the band. I reviewed Bad Breeding’s debut album a few months ago and raved about them. You can read that here.

Live, they’re an entirely more extreme proposition than on wax.  They don’t look like stereotypical punks or hardcore guys; they look, in fact, like they’ve just finished a shift in a call centre or the local library. A four-piece that can create this kind of aural assault  should surely look like dangerous rock and roll motherfuckers, no?  Oddly, the visual thing totally compliments the sound; the sight of Chris Dodd writhing and screaming in the faces of the crowd whilst wearing a zipped-up Harrington jacket increases the surreal and brutal quality of the music. He’s like a lupine Mark E Smith and seems to have lost all control at times. They’re a punk group in many ways. Not in the sense of mohicans and studs and the typical shouty choruses, though. A punk group that know what that should actually mean. Harsh, fierce, turbulent and different. Most modern punk is the most conservative genre of music, ever, nowadays. You can almost play “spot the cliche” in the majority of contemporary punk albums. 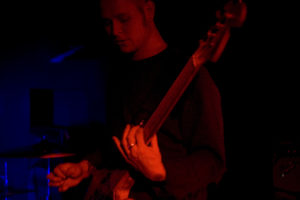 Not so, Bad Breeding. Their modus operandi is sheer, savage, remorseless onslaught; Charlie Rose plays bass like Mike Watt from Minutemen. Elastic runs and fuzzed out drones cut through the icy shards of scree and feedback from Matt Toll’s guitar. The tiny stage can barely contain the band as they ricochet against each other and narrowly avoid injuring themselves. The last time I saw a band play a set as visceral and as barbarous as this was The Birthday Party in the early Eighties. Dodd and Toll are taking turns up on the bass drum of Ashlea Bennett’s kit who is brutalizing his drums like his life depends on it. Dodd is in the crowd shrieking in the visages of bystanders more often that not and sporadic outbreaks of slam dancing take hold in the small crowd. Yep, there weren’t many there but the hardy souls that had foregone Shelley, Diggle and company saw a gig that they’re unlikely to forget in a hurry. 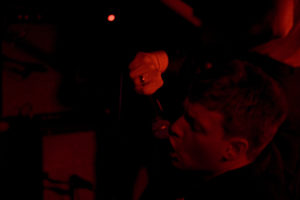 The crushing aggression of “Burn This Flag” is beautiful and brutal in equal measures; a laptop churns out government propaganda and radio broadcasts between (and presumably under) the whole set, reminding me of the barrage of information that used to colour gigs by Crass and Flux. It’s a neat touch and one is left with an over-riding feeling that Bad Breeding are not, in any way, here for your  entertainment. The lyrics are difficult to make out but its clear that these cries of injustice and small town frustration are as crucial as the headlong charge of the music.

This is not your singaglong-a-punk show. This is sheer, frenzied violence and ferocity. The murderous roar and scream of guitar is as far from conventional punk rock as is possible. Rose’s bass has a funky quality that recalls James Chance and the Contortions. The drumming is closer to jazz (albeit played with a jack-hammer barbarity) than any traditional rock music and Dodd’s unique and idiosyncratic vocal style leaves one with a sense that these guys actually, truly “mean it man”.