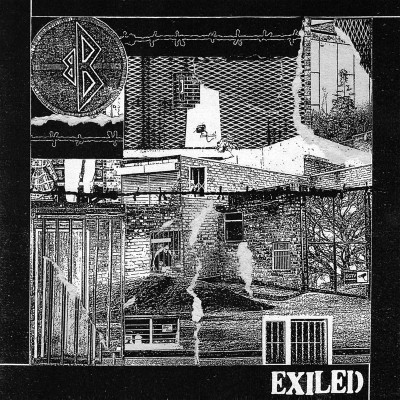 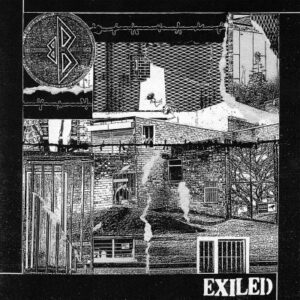 I first became aware of Bad Breeding following their first release in 2016, the self-titled “S/T” (obviously!) and saw them play to about twenty hardy souls in a tiny basement venue in Glasgow that summer. Looking at them onstage that night, they were the antithesis of the rage pouring from the PA speakers in the venue. Vitriolic, seething hardcore-meets-math-rock via Mike Watt basslines played by fresh-faced guys who looked as if they’d be more at home serving lattes in a quiet bar than the sheer fury that emanated from the stage. That is, and was the beauty of Bad Breeding; they look like mild-mannered, thoughtful blokes (and I’m sure they are) but their music is as uncompromising and as savage as anything you’ve heard before.

I know there’s a whole “new punk” thing doing the rounds at the moment and more power to their collective elbows but Bad Breeding eschew the goofy bonhomie of a band like IDLES, the surrealist anger of Sleaford Mods  and the bloke-ish everyman lyrics of Slaves (whom I love, incidentally) in favour of a total manifesto-led, no-compromise attack on consumerism, suburban boredom, apathy and the shit-state that we currently find ourselves living in. The names of some of the more iconic names of the anarcho-collective world of the late seventies have been thrown around as comparisons and yes, there are hints of Crass and Conflict in not only the artwork of the album. Bad Breeding, not unlike the Dial House punk veterans, are entirely self-sufficient and will often, in a quite refreshing and not-at-all pretentious way, produce essays and manifestos rather than press releases. Bad Breeding genuinely don’t give a shit if you like them- that’s not what it’s about. What it is all about, however, is pointing out the injustices and madness in a world gone to hell in a hand-basket. 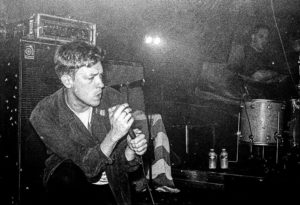 The lyrics speak for themselves; police brutality, politicians in glass houses, life in sterile small towns where after-pub violence is a weekend pursuit, poverty and discrimination and institutional racism. Bad Breeding aren’t offering solutions but they are reflecting their (and our) world through a prism of sheer, unadulterated fury.  Musically, on the face of things, there are elements of the D-Beat of Discharge, Black Flag’s onslaught, the odd time switches of Minutemen and the raging, martial rhythms of Crass. Beneath the surface, however, there are hints of Sonic Youth’s dissonant beauty and Fugazi’s contrasting rhythms with weird Wire-like shifts. “Tortured Reality” which closes proceedings is six and a bit minutes of discordant grace that meanders in and out of all-out feedback blitz to gentler, almost pastoral sections.

“Whose Cause” is possibly the most trad-punk sounding track and is splintered by blazing chorus sections that best recall some of the underground anarcho bands like Amebix. Again, the target is the media and false flag news reporting and is pretty unrelenting.

“Theatre Of Work” takes the fury down a notch or two and the bass and drums actually sound a little like a cranked-up Gang Of Four to these ears with swathes of treated guitar and the sax of Lewis Evans adding a different texture. “Breaking Wheel” has an almost drone rock, psychedelic feel to some of the layered guitars and the disenfranchised vocal delivery from Chris Dodd a lonely, tortured presence.

If you’re looking for a state of the nation address, look no further.