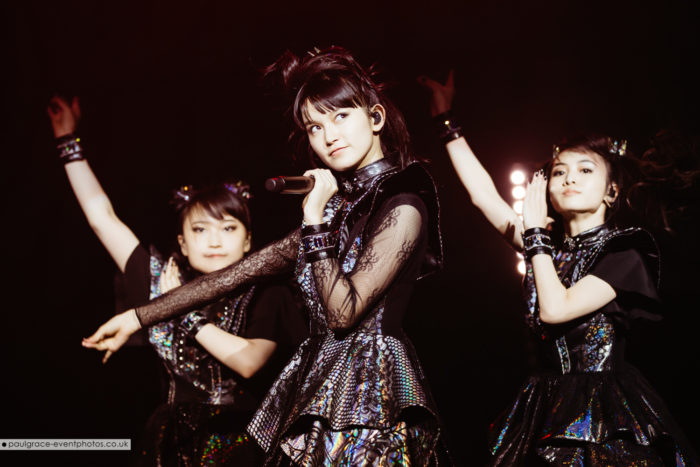 Babymetal brought their unique blend of j-pop, heavy metal and choreography to South London. Paul Grace was armed with his camera to capture the event.

I was asked to photograph the show as a late stand-in, and I jumped at the chance because Babymetal had been on my radar for a while. I’d also been intrigued by the BBC coverage of their performance at Glastonbury the previous weekend and particularly tickled by the crowd shots which mainly featured cut-aways of audience members looking confused and/or fans banging their heads frantically.

With a massive global following, Babymetal sold out a headline show in Wembley Arena in 2016 and also tonight’s more intimate gig in Brixton Academy.

As the house lights dip, the Japanese trio tiptoe onto stage together with their masked backing band. The crowd goes ballistic, and from the off, it’s very clear that the Babymetal experience is all about fun. Babymetal jump around like playful kittens onto mini platforms and tease the crowd with their coquettish gestures. 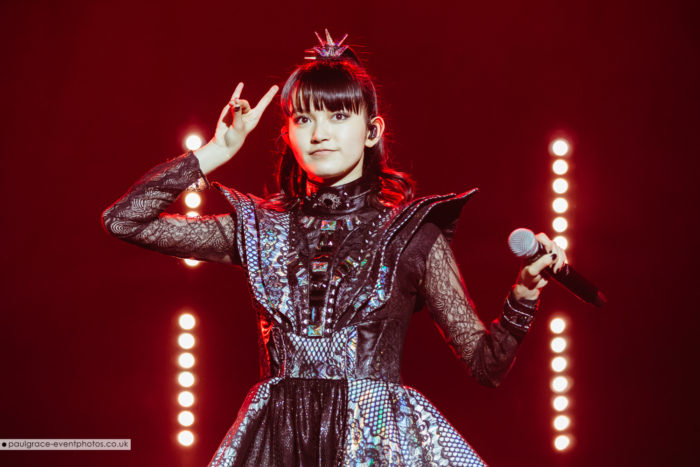 Their sound is classic kawaii –  a genre that features a frenzied mix of poppy vocal, thrash guitar and ravey synth. Confident lead vocals are provided by Su-metal, while Moametal (on backing vox) and temporary new member Riho Sayashi perform intricate dance moves which frequently reference their home of Japan. 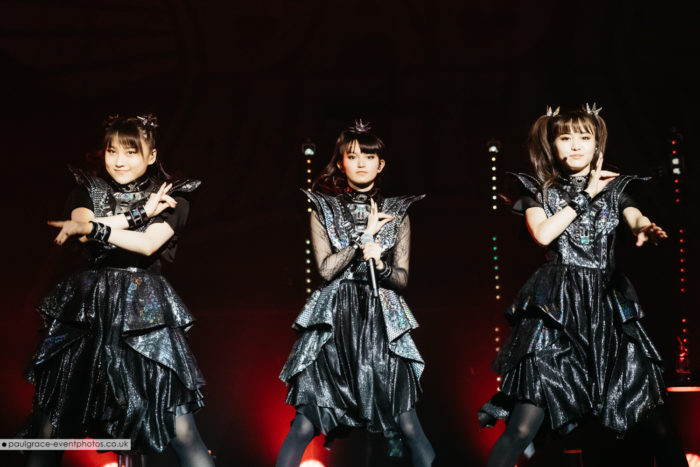 The 60-minute set features tracks from previous albums Babymetal and Metal Resistance, as well as a couple of new songs from their forthcoming third album, Metal Galaxy, due out in October. Pyro was also plentiful and the crowd screamed in massive approval.