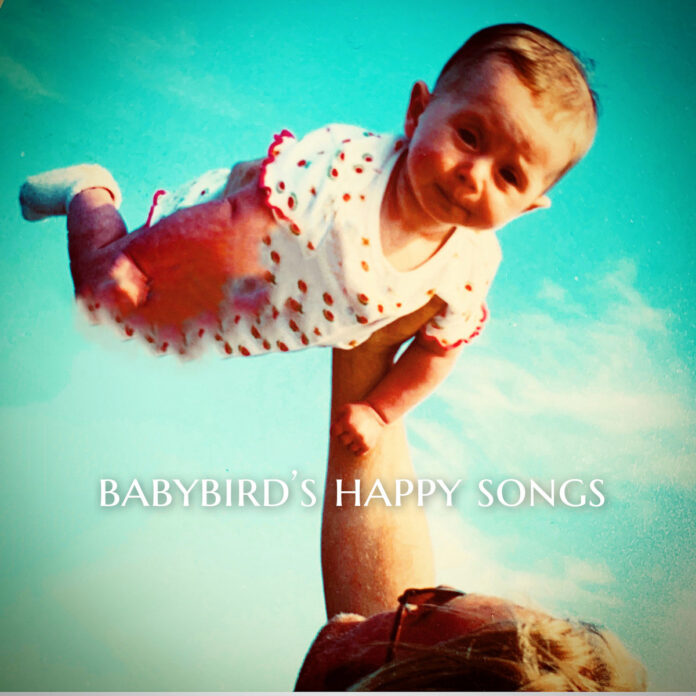 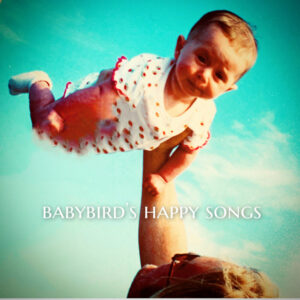 Stephen Jones aka Babybird continues to release an impressive amount of music via Bandcamp. Andy Brown dons his headphones, leaves the house for his daily stroll and spends some quality time with Babybird’s Happy Songs.

Stephen Jones aka Babybird might just be the most prolific songwriter in the country yet there’s one, mid-nineties hit that always seems to dominate the narrative. Jones was around long before You’re Gorgeous, releasing a number of lo-fi albums in the years running up to Ugly Beautiful and that catchy yet unrepresentative mega-hit. The magnificently brooding There’s Something Going On followed in ’98 as did a number of excellent LP’s. At some point Jones transferred his output to Bandcamp and that’s when the new releases went through the roof. Self-releasing over a hundred albums over the last 8 or so years including numerous side-projects; Jones has really embraced the format and in doing so created a direct link between his work and his fanbase.

Babybird’s Happy Songs follows hot- on-the-heels of Fake Blood, There Must Be Something Else, God Upside Down and If I Had a Gun. It’s fair to say that Stephen ‘lockdown’ Jones has been pretty busy since the world plunged into a pandemic. Anyone even vaguely familiar with his output would also perhaps sense a certain deliberate irony in a title like Babybird’s Happy Songs. Don’t go in expecting Walking On Sunshine and you should be alright. Like all of Jones’ work, the album blooms nestled between its contradictions. Happy, sad, ugly and beautiful. So no, this isn’t an album of “happy, clappy, sappy” songs as Jones sings on Sing A Happy Song.

“I don’t want things/ I don’t want stuff” sings Jones on the albums rather beautiful opening track I Want Love. At just over a minute long it’s one of the shortest tracks here yet it introduces the expansive, fresh and open feel of the album. Blood Boiler plays out like a conversation between Jones and a loved one, aching with sadness and heavy with worry, “I want a happy song played in my coffin if I die alone/ I don’t care what kind of speakers”. You can feel the love and care that’s gone into every song. The music full of small, intimate details that make it such an immersive, atmospheric listen. Jones’ voice is at the heart of each piece, whispering in our ear or soaring through the sadness.

The album frequently explores a particularly melancholic, precarious form of euphoria. This feeling is perhaps perfectly captured on the genuinely stunning, subtle psychedelia of Dream. Tension dissipates as the hazy, widescreen sprawl unfurls and Jones calls through the clouds, “smile/ you’re on TV”. Sonically the album flits between light and dark while Jones’ lyrics ensure sadness is always waiting on the periphery. The tense murder and menace of You Held Me Like A Gun is followed by the tender vulnerability of Cloud (Song I Wrote To The Nurse). A hospital-bound daydream that finds Jones pleading, “don’t drag me back down”. The songs feel exposed, emotional and extremely personal. Waggon finds Jones singing about “falling off the wagon in the middle of nowhere” while Today I Am Not Myself feels particularly apt in these uniquely strange and troubled times. The lyrics are as unflinching as ever, with the albums finest moments feeling like a real emotional exorcism.

While the majority of the songs remain relatively low-key, the album does take some rather brilliant musical left turns when you least expect it. Hey When This Is Over, Wanna Go To Macdonald’s finds Jones growling over a nicely unexpected riff before segueing into the satisfyingly intense banjo-boogie of Dad. The latter possibly the most striking moment on the album. 18 tracks and a near-70 minute runtime make Babybird’s Happy Songs a rather lengthy listen yet what it occasionally loses in momentum it gains in its ability to draw you back in for repeat plays. Releasing albums so regularly could mean that even the most committed fans sometimes take his work for granted yet Jones remains as passionate and inspired as always. Turns out you can have quantity and quality after all.

Babybird’s Happy Songs isn’t a non-stop celebration but it is an accomplished, heartfelt and emotionally engaging snapshot inside the mind of one of the UK’s most underappreciated artists. It’s staggering to think that this is only one of a number of albums that Jones has released this year. By the time I’ve written this review Babybird will have released something new and I, for one, can’t wait to give it a listen.