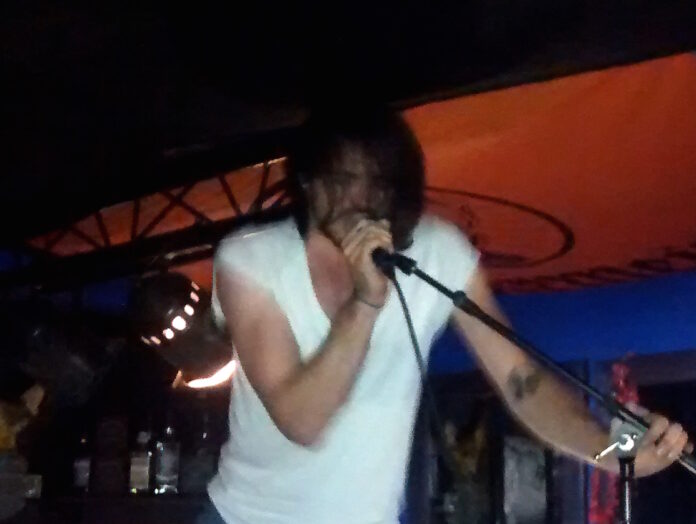 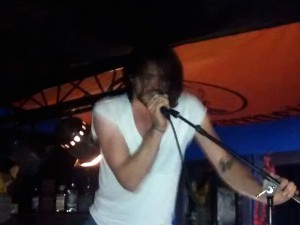 There’s more to Baby Godzilla than confrontation, Christopher Lloyd see complexity and sincerity in the energy and the power.

If you’re a reader of the nation’s metal magazines, you may be familiar with the name Baby Godzilla. A ferocious four piece from Nottingham, their live sets have become legendary due to the sheer energy and lack of personal safety that the band display, time after time.

What the magazines usually fail to report on is the weight of the music. If this was a print media review, it would solely focus on how the band were on stage for maybe one tenth of the set time. It would tell you how vocalists Johnny Hall & Matt Reynolds raged up and down the venue terrifying, and in frequent cases knocking down, the uninitiated, whilst inadvertently bringing down ceiling decorations, fluorescent strip light tubes and anything that was remotely static.

Mic stands? More like heat-seeking missiles (heading stage-ward – are you in the way……? Tough.)

If this was a print media article, it would fail to elaborate on the fact that Baby Godzilla are a band whose music is every bit as ferocious as the physicality of their live shows.

This show was a support set and therefore a short one, the perfect situation to road test new material from their forthcoming debut album. The new tracks tore what was left of the guitar-mauled roof off, showing a much more complex yet explosive progression from the two EPs that the band have self-released to date. The military precise drumming, ear bleeding guitars – total pure energy.

Baby Godzilla are a band who really do mean it.  When you’re in a room watching these lads throw every last bead of sweat into delivering the best new hardcore the country has to offer, there is no denying the weight of sincerity that shines through all the bluster of the “..wow, how violent” factor that you most likely find synonymous with the bands name via the medium of print media. And for this, I implore you to go and find out for yourselves when they next tour this December.

All words by Christopher Lloyd, find his Louder Than War archive here.