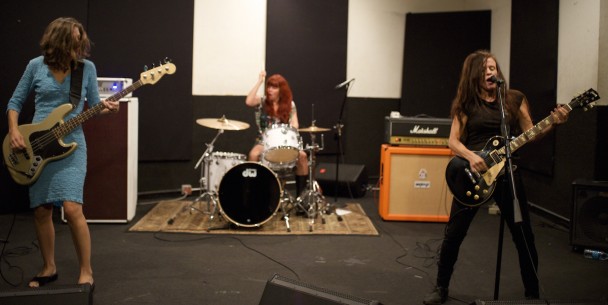 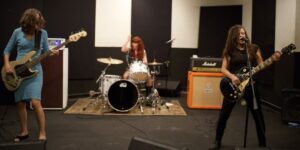 The great Minneapolis sludge-rock power trio Babes In Toyland have reformed with the  Fontanelle-era lineup of Kat Bjelland, Maureen Herman, and Lori Barbero for a show next February in Los Angeles at the Roxy.

There will be more, yet unannounced rates and we guess a UK tour is in the offing as well.

The band formed in the late eighties and the first time we saw them was at one of their first shows when they supported my band, the Membranes, in Madison Wisconsin.

In a press release, Bjelland says:

“It was brought to my attention that not only do we have a lot of diehard fans from back in the day, but also a whole new generation of kids — my son Henry included — that were eager to see us live. I felt some kind of obligation for them to see us, too. But mainly, I just missed my girls and the feeling that comes from playing with them — visceral live therapy.”