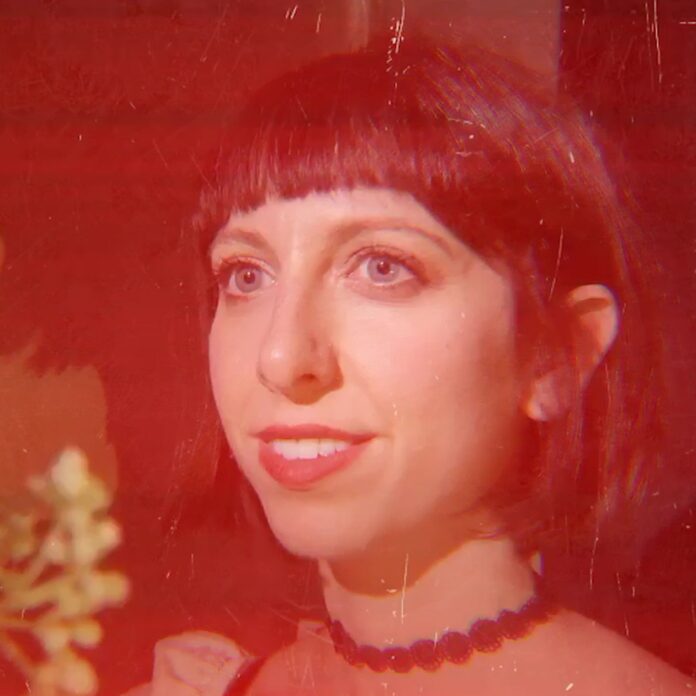 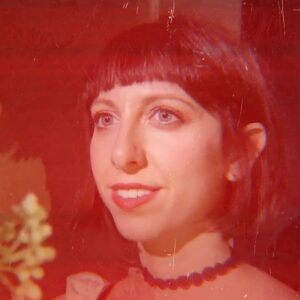 Oh, the irony of modern love. Aren’t we all seeking something that feels a little more analog in an increasingly digital world? Babe Club’s new single Automatic Love pokes fun at the desire for nostalgia in decidedly 21st-century romances, especially when love comes packaged in the form of a smartphone.

Babe Club is an indie-pop band with flecks of grungey guitars and hints of new wave synths. As founders Jenna Desmond and Corey Campbell explain, their new song is all about “when your partner’s on the phone so much that you only see the light from the phone reflecting in their eyes.” The duo describe this latest single as their favorite track on Babe Club’s forthcoming EP, Remember This Feeling. The EP features funerary imagery that recalls Peter Saville’s influential work for Joy Division, but with some vivid additions. It’s scheduled for a digital and vinyl release this November.

Tungsten light-soaked images – made with a digital filter, naturally – saturate the music video for Automatic Love, which pays homage to directors like Michel Gondry, who turned split-screen visuals into an art form in videos like The Chemical Brothers‘ Let Forever Be, or Spike Jonze, who toyed with TV nostalgia in his video for Weezer’s Buddy Holly.

Babe Club’s new video opens with the sounds of an old-time infomercial: “Sick of getting hot hands from holding that cell phone? Well, look no further. The future is here. One flip of the switch can activate your senses as the marvelous wonder of the future changes your existence. CALL NOW!!” Those words sonically overlay images of the Flip-Flap, appearing one by one on the screen in shades of teal and gold. Soon fuzzy sounds of plucked guitar strings come in, one note at a time, as an 8mm filter gives the appearance of found footage.

What’s the Flip-Flap? I’m so glad you asked. I asked Babe Club, and here’s what they said as they gleefully held up the product for me to gaze at: “Our new product – it’s a smartphone alternative. If you feel like you’re overstimulated by digital ads, and you need a break . . . just turn on the Flip-Flap. It’s gonna improve your life!”

(Corey let me in on the secret of the Flip-Flap: “It’s a two-by-four, there’s a hole drilled in to hold the flashlight, and then I soldered a battery pack to the flashlight. Finally, there’s a switch for you to turn it on.”) I can’t help but think Marcel Duchamp and Andy Warhol would get a real kick out of the Flip-Flap (and, frankly, the strangeness of 21st-century life in general).

Automatic Love underscores the bizarre dichotomy inherent in having a Super 8 filter for an iPhone-captured image, and the peculiar pervasiveness of technology in human relationships. Who knows? Maybe we all just need a Flip-Flap. And, reader, the Flip-Flap can be yours for just $69.99 USD. Simply “Flip,” or “Flap,” and stimulate your senses.