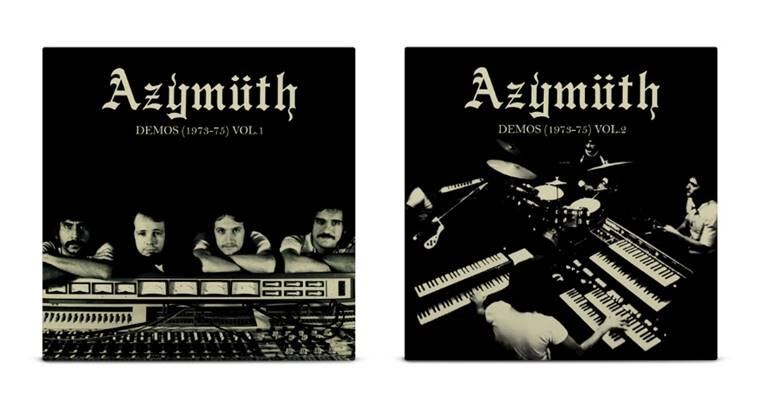 Billed as Samba Jazz Legends, Brazil’s Azymuth unearths previously unreleased material entitled Demos Volumes 1 & 2 on Far Out Records. 6 Music’s Giles Peterson has hailed the release as one of the most eagerly anticipated of the year so far. Matt Mead reviews for Louder Than War.

Since the band’s debut release in 1975, the band have risen to fame alongside the rise of Brazilian Football. Full of wizardry, inventive midfield play and a sensational winning finish, Pele isn’t the only Rio De Janeiro hero to create magic at their fingertips, as these fascinating demos are a testament to.

Recorded at the Bertami’s home studio in the Laranjeirod district of Rio de Janeiro. At the time of the recordings, Bertami presented the demos to the record companies he had previously worked for but was turned away and told the music in his possession was wrong. Re-discovered by Bertami the demos have sat virtually untouched for more than 20 years. Until now.

Opener Prefacio would become the first track Azymuth recorded for Far Out Recordings, which was released on the Carnival album (1996). Sounding like a laid back Captain Beefheart on the shoulders on The Headhunters, mixing electric, psychedelic, samba jazz-funk. Deliciously adventurous for its era, still sounding daring in its raw demo form. The track sounds on edge, ready to change chord at any given opportunity, whilst an addictive background beat hides in the shadows of the speakers.

Another of the demos, Unknown Song For Mario Telles, sounds like the younger, groovier brother to Kool and The Gang’s Summer Madness. Further highlights include the epic seven-minute drum solo of Bateria Do Mámao, Quem Temo Medo has elements of Quincy Jones’ Money Is with fast-moving Hammond organ, finally, Manha Manhá, delivers Fender Rhodes as delicately as the rest of the band play catch up.

Some records you can easily get bored listening to. Not with this broad, expansive and free-flowing collection. The overall sound of the tracks is very good, considering they have been in storage for decades you won’t be disappointed. For anyone that would like to discover or rediscover some of the best free form jazz, funk with a squirt of samba these demos would fill the void and if luck be a lady, the café’s and bars of Brazil would be filled with these timeless diverse creations of Azymuth.

The album can be purchased from Far Out Records. Azymuth can be found at their own website.