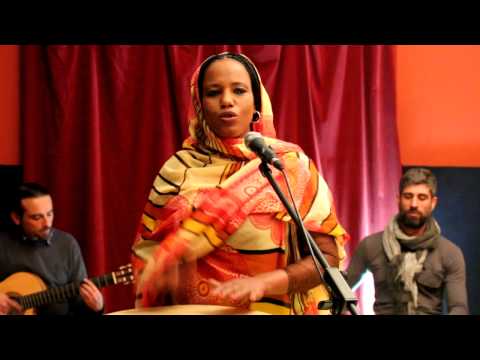 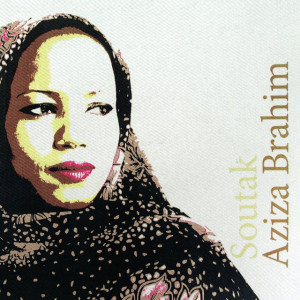 The new album from Aziza Brahim features a mixture of Malian, Spanish and Cuban cultures. Louder Than War’s Paul Scott-Bates is enthralled.

It’s certainly an interesting proposition, a singer with Saharan roots who then moved on to Cuba and Spain whilst being refused the chance to follow a degree in music along the way. Not only that but being produced by Glitterbeat founder and original member of The Walkabouts, Chris Eckman, is something rather special given that another of his projects, Dirtmusic, received 10/10 from Louder Than War for last year’s Troubles album.

Aziza Brahim was born amongst Saharawi refugee camps along the line of Algeria and Western Sahara. With obvious political oppression, she moved to Cuba to further her education. Despite the refusal of her music degree she went back to Algeria and then to Barcelona where she founded Gulili Mankoo, a group with roots both in Saharawi and Spain.

Soutak (translated as Your Voice) was recorded live and focuses on her striking voice which is mesmerizing and beautiful and sings lyrics which are both intimate and universal. Despite words of incredible power, the tracks are woven together by her exceptional knowledge of song and sound.

Dedicated to her mother, standout track Julud, describes an undying belief in the Saharawi political struggle – ‘You are an example of humanity and of fight’. One of many tracks on the album with a familiar sound as though you’ve heard them many times before. Julud is haunting in its simplicity and the musicianship is sublime.

The Spanish element is obvious with some lovely acoustic guitars and tracks like Aradana showcase the extraordinary voice perfectly backed only by percussion and multiple voices towards the end. Again, the lyrics are powerful but retain the mystique and beauty throughout – ‘one day a storm came and took him away. Calmness reigned in the circle of tents and beyond’.

The title track too is stunning. Inventive music and angelic voice carry the tune from start to finish. Articulate guitar work and a lovely melody make this as enthralling as anything you will hear this year. For over two minutes, album closer Ya Watani (My Land) is nothing more than Aziza and her amazing voice. Subtle hypnotic guitars then come into effect to accompany her dulcet tones.

There are few albums that will affect you the way that Soutak does. Original and gorgeous, and a very very talented singer.