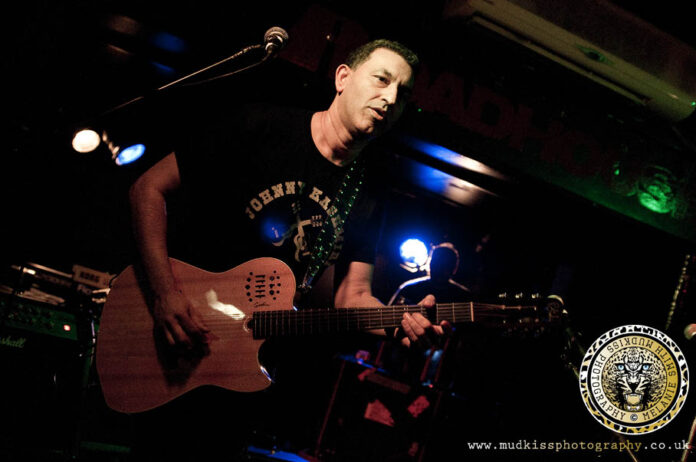 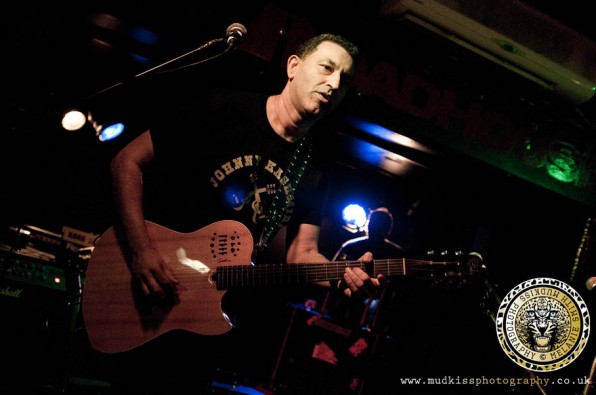 On the eve of guitar wizard Aziz Ibrahim’s 50th birthday event we ran this interview. The night was a huge success, as you’ll find out when you read Nicky Crewe’s review below. Also includes a photo gallery by Melanie Smith.

Last night I went to a great Manchester birthday party. I felt like a bit of a gatecrasher as I don’t know Aziz, though there are some points of contact. I knew Simply Red when they were a band, not a lead singer and I went to university with someone from the band Asia.

Excitement was high and rumours were rife about who might turn up to celebrate with him. Tickets were sold, so if you weren’t on the guest list you could still have a hot ticket to star gaze. Aziz is a musician’s musician too, held in great respect, so people were going to make an effort for him. The press were there. There was media interest in the rumours of Mani, Ian Brown and Paul Weller. Clint Boon, Johnny J and Radio One’s Bobby Friction were DJing. Ian Brown arrived early with a goody bag. Clint Boon had to leave early because it was his daughter’s 21st. We are all getting older. 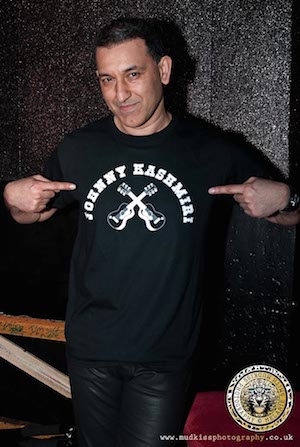 Tickets had been sold to what was a gift of an event, supported by friends, fellow musicians, sound engineers and the Roadhouse, because Aziz was using his 50th to raise funds for a charity he supports. CDRS is a disaster response charity for Pakistan. You can still donate for Aziz from his Facebook page.

Not everyone on the guest list or with a ticket could get in. The Roadhouse was packed out. The sounds were great, the DJs did a great job. But the live music was what we were waiting for. Aziz was joined on stage by friends and family in the widest sense for most of the evening. He talked about coming back to Manchester, back to his hometown. He told stories of his first meetings and teenage friendships with many of those there. Johnny J and school basketball games, life in Longsight and family birthdays when your mum made a cake. He was surrounded by a bigger family for this big five o. There were surprises on stage, but I suspect not the ones the audience had anticipated.

Aziz works with young Manchester musicians and he used his party to showcase some of them. Peru and Casey, also known as Of the Autumn Sky, were the first. Natasha Sky led the first singing of Happy Birthday. A young classical harpist, Hero, who had come from North Wales, held the audience spellbound with her song in Welsh. Shifts of mood and music, showing where his interests lie, and how willing he is to encourage the next generation of talented music makers. His younger brother played on stage. Another brother in law, Samir, joined the rhythm section. Singers Alan Fairhurst and then Denise Johnson joined him. He was full of praise for them. Deepak Verma (Sanjay from East Enders) sang a song they had written together. They go way back too. There was a Beatles song, Norwegian Wood, with the words half forgotten from Tom Hingley of Inspiral Carpets. Bonehead, also known as Paul Arthurs, joined him for a song. There was a Shropshire super group, old musician friends he’d connected with when he needed them. Richard Barbieri from Japan, Steve Hogarth from Marillion and Dave Gregory from XTC.

This was a real birthday party. An auction of gifts for his chosen charity, signed vinyl and CDs from the Smiths and Ian Brown, a guitar signed by all the musicians there, signed T-shirts. Friends were generous, donating and buying. Party pieces and a fantastic guitar shaped cake, complete with LED lights. Aziz was on stage, playing with friends there for a very special occasion. Doing what he loves doing best. Sharing the stage was his friend and tabla Jedi, Dalbir Singh Rattan.

There was a lot of reminiscing and reconnecting . In the early hours he and Dal played Marasi. He introduced it by talking about how he had written it because he wanted to prove to his father that music was more than enjoyment, that it had a power for good, beyond politics. It’s a universal language. Imagine qawwali music played on an electric guitar with LED lights. It brought it altogether. It’s difficult being the birthday boy, the host and the entertainer. We had a great time. He looked like he was having an amazing time too. Thank you Aziz. A significant birthday.

As you’ll know if you read the interview with Aziz he’s also involved with Crisis (crisis.org.uk) and his Just Giving page is here: justgiving.com/azizibrahim.

Aziz is also on Facebook and he tweets as @azizibrahim56.

All words by Nicky Crewe and all photos by Melanie Smith. More writing by Nicky on Louder Than War can be found here. For more of Melanie’s photos go to her website.