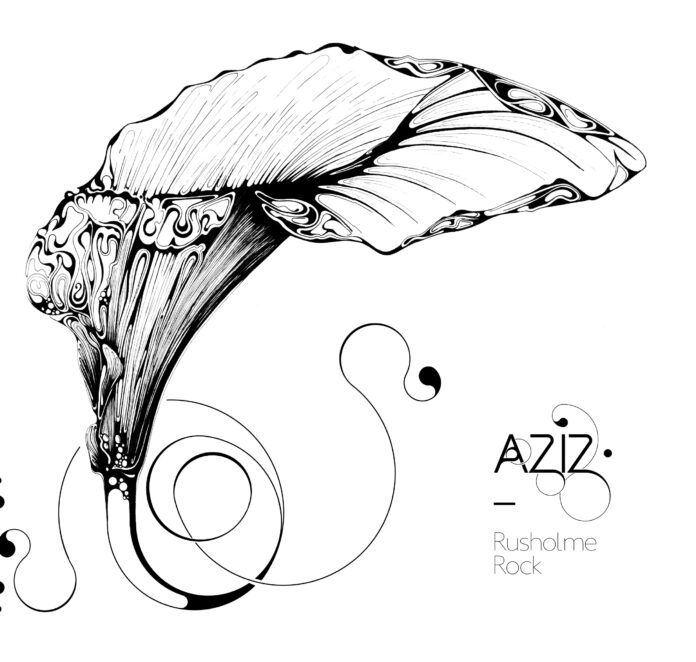 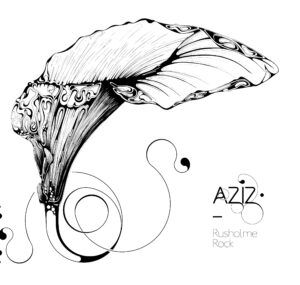 The Stone Roses are back…….and so is Aziz Ibrahim with a new solo album.

Carl Stanley runs the rule over his new offering.

April sees Aziz Ibrahim return with his new solo album Rusholme Rock, described by the man himself as kind of ‘Asian Blues’, this blessed and extremely talented guitarist has both re-visited past material and created new songs for this his second solo release.

With only Aziz and Tabla master Dalbir Singh Rattan playing on the album they create a big sound for two guys, these two very accomplished players come up with a host of beautifully layered sounds and traditional re-workings on some of the guitarists most renowned work, the classic Ian Brown tune ‘My Star’ re-christened here as ‘My Sitar’, Aziz’s acoustic version brings out his and the songs roots which is just as hypnotic as the original.

Rusholme Rock’s enlightening opener ‘Xen and Now’ is a traditional Pakistani sounding piece made almost cinematic with amazing guitar work but the albums interest point could well be the return to songs like My Star, Kills Me and Middle Road which go closer to the guitarist’s own interpretation and how he probably heard these songs the first time round, like the track that has had much bearing and influence on his own musical journey, ‘Morassi’, a song first released on a Melody Maker compilation many years ago it turned into a personal favourite and has been re-worked into one of the albums highlights, an uplifting beautiful feel of time and space and as you’d expect his playing is awesome, and though some of it might sound electric don’t be fooled as everything on here is played on acoustic guitar.

Again songs like ‘Kills Me’ have appeared before but its the chemistry between these two players that takes them somewhere else, his ability to showcase his own style over his Pakistani traditional background and rock’n’roll chops is felt no more than on ‘Middle Road’, heard before on a earlier release he offers up probably his best version to date, sounding like a rock tune but played in his eastern style with some great lyrics its just a fantastic cross over and example of what he does so well.

Aziz Ibrahim’s overall influences and love for all music comes through in the albums closer ‘Heavens Rain’, that of something very oriental and bluesy at the same time, which is quite an achievement in its self but also something very delicate and probably offers the best window to the mans appetite and understanding and playing of a whole range of genres, sounds and traditions of music.
Rusholme Rock also includes a fantastic and outrageous version of Sonny Curtis’s ‘I Fought The Law’ which plays as the perfect centre piece providing the albums middle ground, we all know it but it comes at you from a totally different place, its clever, fun and sounds great, and its one The Clash would of tipped their hats to no doubt.
So if Lahore to Longsight was Aziz going back in time and tracking the roots of his families journey in music then Rusholme Rock is showcasing his own unique journey in sound, style and influences and bringing them together, a truly beautiful album.