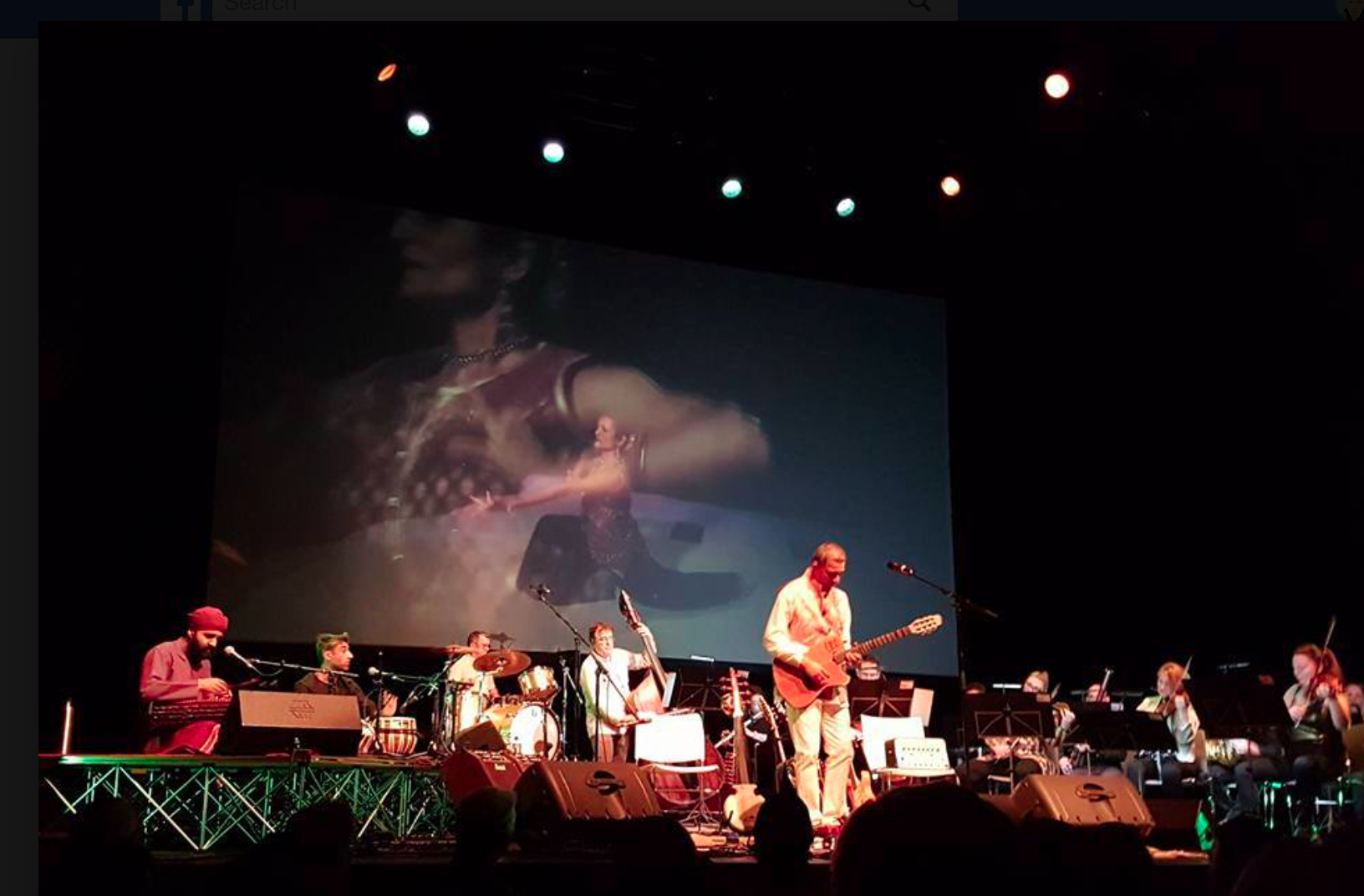 In a stunning and triumphant evening long term Manchester super session guitar hero, Aziz Ibrahim with a list of credits from Ian Brown to Simply Red, showcased  his virtuoso guitar brilliance with the aid of the Camarata Orchestra and Indian Musicians, Dalbir Singh Rattan and Kaviraj Singh Dhadyalla and a Smiths drummer delivering pure magic.

The synthesis of styles from drone to raga, from guitar classic to classical, from Indian folk to soundtrack sounded stunning – a Mancunian take on Godspeed! You Black Emproer and Clint Mansell – that hinterland between live music and filmscore with a melancholic and melodic diversity that was presented perfectly.

The theme of the entwined songs was a twin narrative on the partition of India 70 years ago and the guitar player’s father coming to the UK – a historical and autobiographical and emotional resonance that gave the music a real depth as it filled the room with its brilliant imagination and perfect arrangements.

The Camarata are the perfect choice for this adventure – the local orchestra, who have supplied their subtle strings to many projects including the Hacienda Classical and beyond are a crack team and their playing is concise, economical and tonight, a brilliant fusion of Eastern and western – sliding up and down the pentatonic scales of the guitar player and mashing the raga with classical flourishes, whilst the appearance of Mike Joyce on one co-written song is a reminder of Aziz’s respect in the indie world.

Aziz tells greats stories between his songs, humanising the proceedings with tales of growing up and his family life- a valuable insight to the music and the much valued Pakistani community in the city whose bridge between west and east if perfectly captured by the guitar player himself and his engaging presence and breathtaking guitar playing skill.

Hopefully the concert is not just an ambitious one off.

You can easily see this collaboration thriving at festivals and providing a vehicle for the guitar player to finally step from the shadows and into the mainstream.