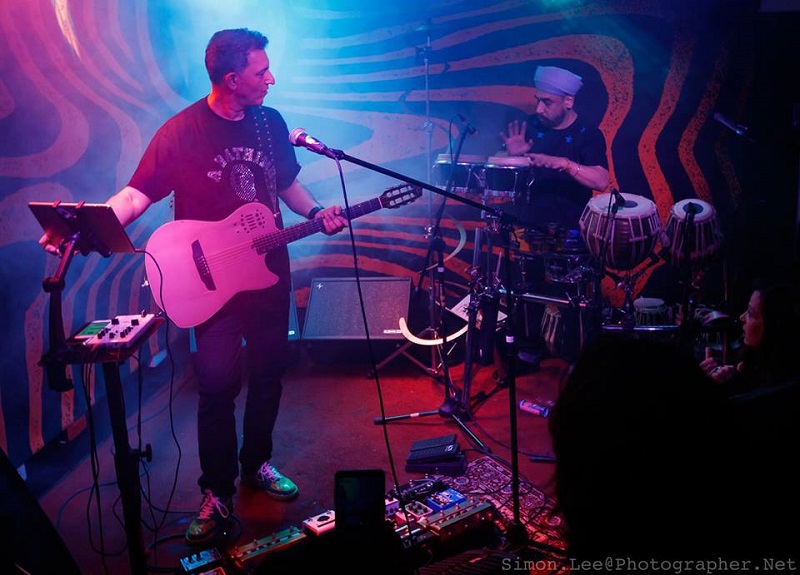 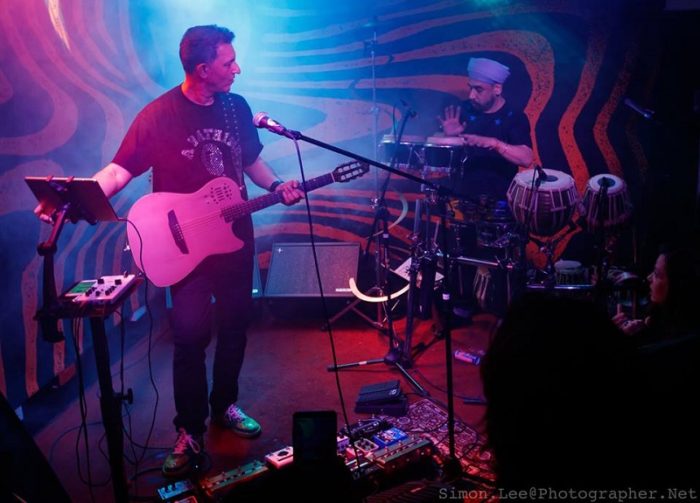 As we enter Jimmy’s and descend below street level to the basement the place is already filled with smiling faces and a few perspiring ones after DJ Lowrider has finished a set that sets the standard for the night. Time for one trip to the bar and before I can return Silver Finger Singh appears onstage and immediately takes control dropping a sweet but short set of Hip Hop tunes that flow effortlessly and reminding us all why you should get to the venue early and check out the support for the main act. If you missed it you missed a great performance.

So onto the night and whilst waiting for the headline act to appear the lights go up in the room to reveal plenty of familiar faces from Manchester and surrounding areas who have kept live music prominent in the city for over thirty years. Local musicians, clubs and gig goers across the city are here tonight not just to show support but also to revisit the classic debut album of Ian Browns Unfinished Monkey Business.

There’s a slight twist to tonight however as the set list will show as we revisit the album. There’s a few song omitted from the album such as Sunshine, Lions and Deep Pile Dreams due to the fact that these were solely written by Brown I thought, but the inclusion of Can’t See Me puts that theory to bed. What we do get is most of the music that stemmed from the partnership of Brown, Ibrahim and Goldfinger in the late nineties and the beautiful South Asian contribution to the album.

As Aziz Ibrahim and Inder Goldfinger appear on stage the applause and love in the room is clear for all to hear and see and quickly the space around me becomes less. Sensory overload kicks in and I can’t recall the intro of Under the Paving Stones: The Beach, but it was definitely there amongst us all. Before I can process it we’re are into the mantra like See the Dawn (B-side of debut single My Star) Aziz’s vocal kicks in and accompanied by Inder on percussion the song is lifted to another level of perfection with fans accompanying word for word. It’s not easy being Ian Brown and Aziz we’re informed by Aziz and applause and laughter. Ice Cold Cube is given a new structure and flows effortlessly with the audience singing along then a short gap occurs while Aziz switches guitar and dedicating the next song to his partner Carrie they move away from UMB and burst into Longsight M13 taken from Brown’s fourth album Solarized. “It’s always good to throw your postcode in a song,” he says with a smile and the response from some in the crowd is to yell out their Manchester postcode only to be drowned out by the intro. 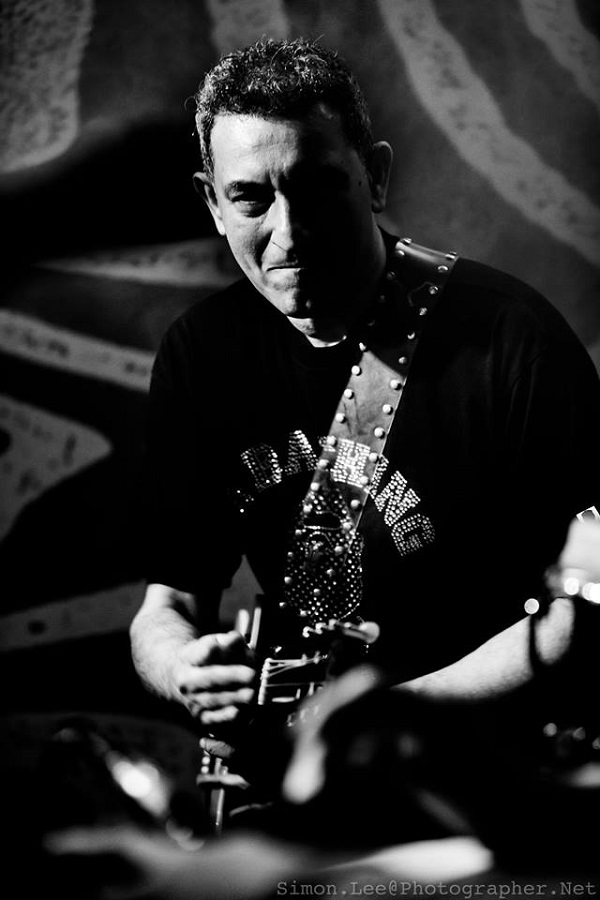 Another guitar change and a switch of album to Gettin’ High and the first track off the album Golden Greats, Brown’s second album. “Come closer I haven’t farted, there’s loads of room here!” he informs us. There isn’t but we at the front are a lot closer and verging accompanying him on stage as we are pushed forward. Getting back to business Gettin’ High is quickly followed by a return to UMB and Can’t See Me.  A short interval of what is akin to duelling banjos but with guitar and tabla talk firing back and forth, some funky shit produced until the all too familiar intro to Fools Gold kicks in and then a shout for water from Inder Goldfinger goes out from a very warm stage. “We don’t drink alcohol can we get some water!”

One water later and we’re moving to Fools Gold again and listening to Inder and  I’m reminded of Apache by the Incredible Bongo Band as he plays effortlessly before being joined by Silver Finger who lays some rhymes over Fools Gold and rightly so gives shouts out to Aziz, Inder, Ian Brown and Stone Roses. At the end a fist bump between each other and a smile recognising each other’s contribution and skill of their respective instruments during a freestyle amidst Fools Gold.

Next up is Morrassi an excerpt of which can be heard in Gettin’ High but tonight it’s laid out in all its beauty for all to hear. You can find a video clip of Morrassi shot by our photographer, Simon Lee,  posted to Youtube as words  simply cannot do this justice.

Fan favourite Corpses is played next with pockets of the audience singing along then we’re told that My Star will be the last one of the night and as the chords open and the lyrics of Dear Prudence falls over us Aziz gives us the nod from where the chords to My Star originated before serving us with a fantastic version of My Star that only he and Inder can do so well. And that’s it or so it seems but like all Mancunians Aziz and Inder have more in their tank and shouting out “Have we time for one more?” they finish the night off with Nah, Nah and the crowd singing along.

Most artists revisit their albums after a period of time, releasing anniversary editions of reworked songs but Ian Brown has yet to do this. If he ever does I’d like to nominate Unfinished Monkey Business reworked with more of the biggest sound from South Asia;  Aziz and Inder playing the songs as beautifully as they did in tonight’s performance. 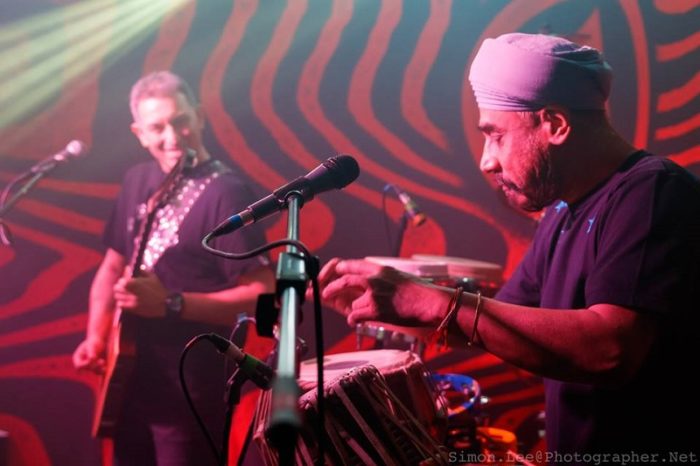 Aziz teased a return visit to Manchester for this tour. Try to catch it to see what all the fuss is about.

The event was promoted by Mimi Brock-Stark at Oddity Events – www.oddityevents.co.uk

Words by Dave Callacher and photography by Simon Lee