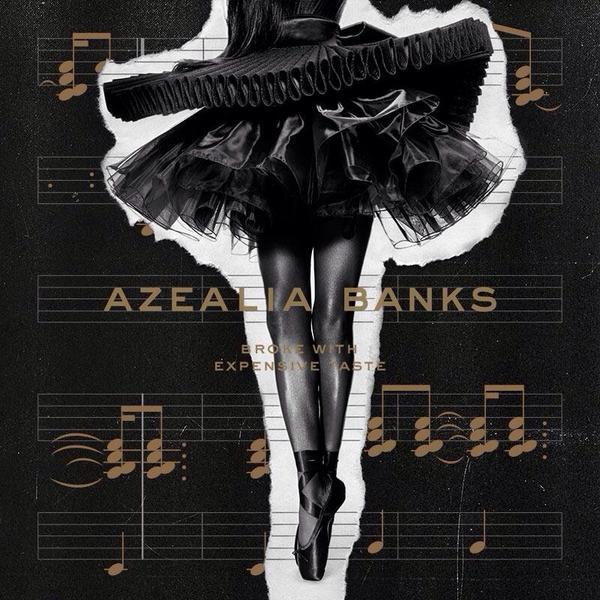 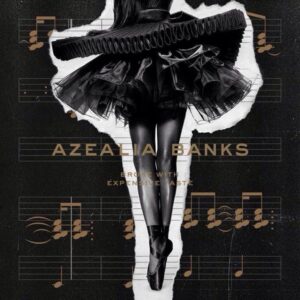 Originally scheduled to be released in September 2012, Azealia Banks debut album finally received its long awaited official release a couple of weeks ago. Needless to say the question as ever in these situations is whether or not it merits the wait. Harley Cassidy tells all.

We’ve been waiting three years for Azealia Banks’ debut to be dropped; in between we’ve had two stellar mixtapes, one chart smashing hit and a whole lot of Twitter beef to contend with. Her friction with record label, Interscope, left Banks gathering every track she had recorded under their name which she then released in the most understated way possible, via one single tweet. It seems, up until this point, people were very clear on their perceptions of Azealia Banks, she was either a sassy visionary or a gobby upstart from Harlem who was more trouble than she was worth.

Broke With Expensive Taste sweetens any of that nasty taste in people’s mouths. This record, by and large, blurs the lines between innovation and nostalgia by incorporating tantalisingly fresh touches to a whole host of genres. Chock full of depth and intricate wordplay, Banks’ debut record is a stunningly produced whirlwind pinned down by her sassy, brisk, rap flow and lightened with her caramel coated vocals. Why people feel the need to bring up any outspoken Twitter spats when Azealia has managed to confidently create a record that’s bold with its intentions and sounds is beyond me.   Idle Delilah is the opening track, a jewellery box over spilling with little treasures; from the bongo smattered rhythms to the intense mid-rap flow to the random melodies and jungle running beats, it’s a very apt taster for an album full of surprises. Desperado channels the UK Garage scene with a tasty MJ Cole sample straight off the streets of London whilst Gimme A Chance is a gleaming, sugar coated morsel dipped in brass horns until a Latin curveball is thrown in and Banks starts rapping in Spanish. It’s almost insane to think how many ideas Azealia had and the vision in which she saw to place them; no wonder Interscope had no idea what to do with her.

Of course, there are tracks made entirely for the dancefloor and whilst it feels like light-years ago when 212 was actually released, for a track that features more swear words than Ramsay’s kitchen, it’s still the least baffling track on the album, which speaks volumes. Nude Beach A Go-Go is definitely the “wtf” moment on Broke With Expensive Taste. On first listen that is. Because, this Ariel Pink collab is Bank’s subtle callout to the appropriation of black culture by white people, more specifically, white girls. It’s only Pink’s oddball charm that clouds it in all out goofiness.

It’s fair to say Azealia Banks could be the most exciting female artist out there right now; we don’t even need to pigeonhole her under the umbrella of “rap”. Alongside Lorde and FKA Twigs, Banks is dabbling in sounds that remain modern but the very core of them is full-time artistry. To liken her or stand her up against pop stars like Nicki Minaj or Iggy Azalea would be detrimental to Banks’ talent. She uses House as a clever and entertaining tool and whilst she may have a filthy mouth, the last thing she is selling is any form of sex appeal or gimmick.

Broke With Expensive Taste is an exciting listen filled with unexplainably wonderful moments. There’s nothing out there to compare it to. Azealia Banks knows her own sound and has ploughed straight forward into her very own genre-bending lane with it creating the best female rap debut in a hell of a long time.

Get the album from Azalia’s website: azealiabanks.com. She can also be found on Facebook and tweets as @azealiabanks