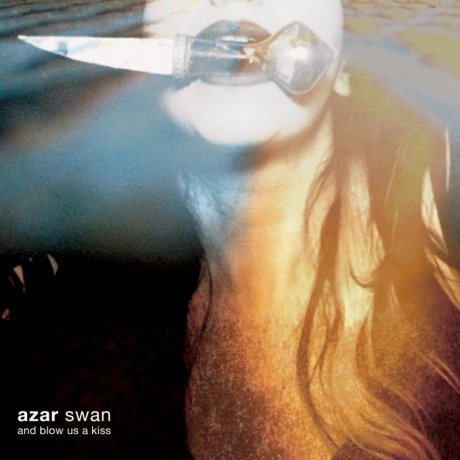 Azar Swan – And Blow Us A Kiss (Zoo Music) 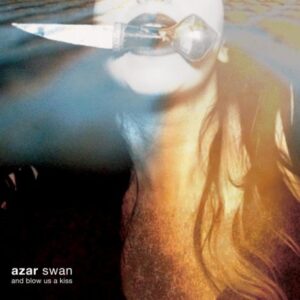 Out 28th of October

An album which lives and breathes the sound of Kate Bush through Zhora’s vocals, with some impressive experimentation. Louder Than War’s Lee Hammond delves into the darker world of Azar swan.

Azar Swan return with their second LP entitled ‘And Blow Us A Kiss’. Opening with the album title track, the album opens quite literally with a bang. What sounds like repetitive gunshots track the opening, before Zohra Atash’s high-pitched vocals replace this vicious noise and sit atop the heavy synth line. ‘And Blows Us A Kiss’ is a call to arms, a real statement of intent.

It would be quite easy to draw comparisons to Kate Bush, Zohra’s vocals are almost uncanny. There is an obvious difference though and that is the huge industrial synth backing. Once again evident ‘For Last and Forever’ the depth of bass, matched with the high-pitched vocals, provokes a real intense almost anxious feeling.

There’s a distinct depth to the lyrics here which is matched by the intensity of the music, that said this is a much more accessible album than some of those in this genre. Bury The Sun, is another great exponent the brooding backing track, coupled with the huge vocals. There’s a real darkness to the track, at times somewhat unsettling, the chanted lyrics worming there way into our heads and firmly tattooing themselves into our subconscious.

Sugar is something of a breath of fresh air, in this bombarding of heavy synth angst. It is a much more subdued affair, with only light stabs from the otherwise almost silenced synths. This track allows Zohra’s lyrical ability to rise to the surface and takes away from the previous intensity.

The majority of the latter part of the album is a little less industrial pounding and to some this may be welcomed. However, for us we enjoyed the heavier and more unnerving side of the album. We’re not detracting from Azar Swan’s abilities here, we just prefer it when they’re at they’re at their harshest.

There is a real sparseness to the latter part of the album to, the album overall is difficult to place. As it then closes out with one final huge intense tracks, it leaves us confused. The opening is so heavy and the tracks are packed with energy and a real intensity and harshness, but as it moves on it seems to lose the focus as the intensity drops.

From what was a really promising opening to a lacklustre second half, it is a much more accessible album than many of its contemporaries. With some hints of brilliant experimentation, those are lost in the closing part of the album which has really spoilt what was otherwise an intrigued and interesting piece of music.