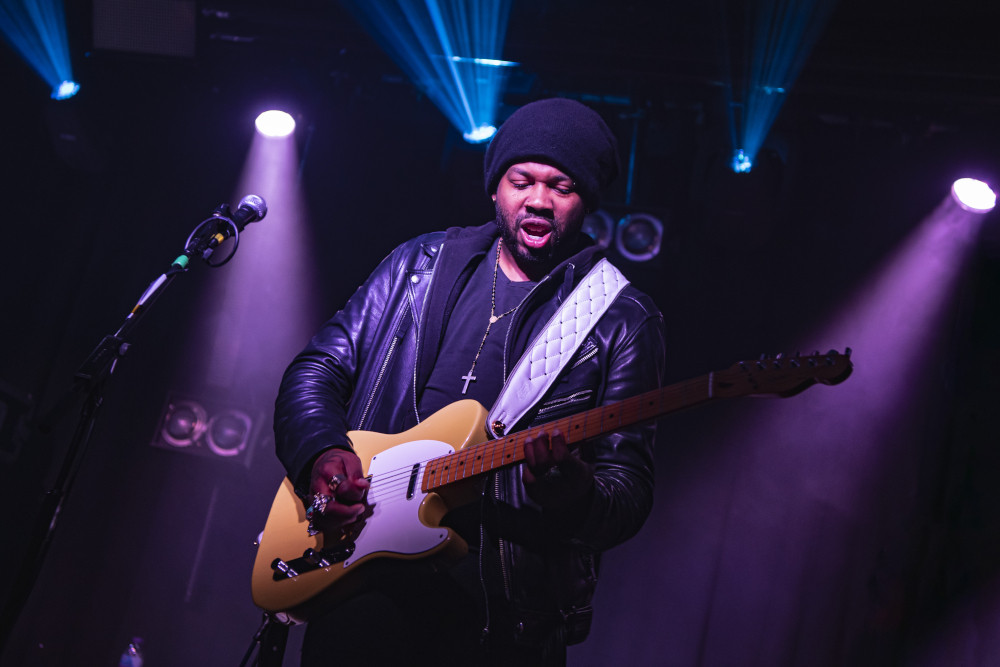 At his debut UK gig, fresh off supporting The Rolling Stones, Ayron Jones shows off hooks, melodies, and choruses as big as his personality.

You need guts to play a song immortalised by Jimi Hendrix. You need talent to pull it off. You need charisma to make it your own. Ayron Jones has all three in spades. And that’s how he can also take on Purple Rain as if it’s just another song.

But, as impressive as his renditions are, the singer-guitarist hasn’t come all the way to London to play cover versions. The 35-year-old’s debut UK gig is all about showcasing new album Child Of The State. His third LP, but first on a major label, is stuffed with the blues-infused, grunge-tinted hard rock you might expect from a musician born and raised in Seattle. In other words, it’s packed with songs meant to be played loud and live.

Jones makes that clear from the off. “We’re the baddest band in town,” he snarls over the chugging riff of set (and album) opener Boys From The Puget Sound. “Can you hear me?” he continues almost rhetorically, setting his guitar to sear, while his drummer pounds along with all the enthusiasm of Dave Grohl circa 1992. And, with all the flair of someone who’s performed to audiences since the age of 17, he tops it all off by flicking a peace sign above his head in the middle of the ferocious guitar solo. 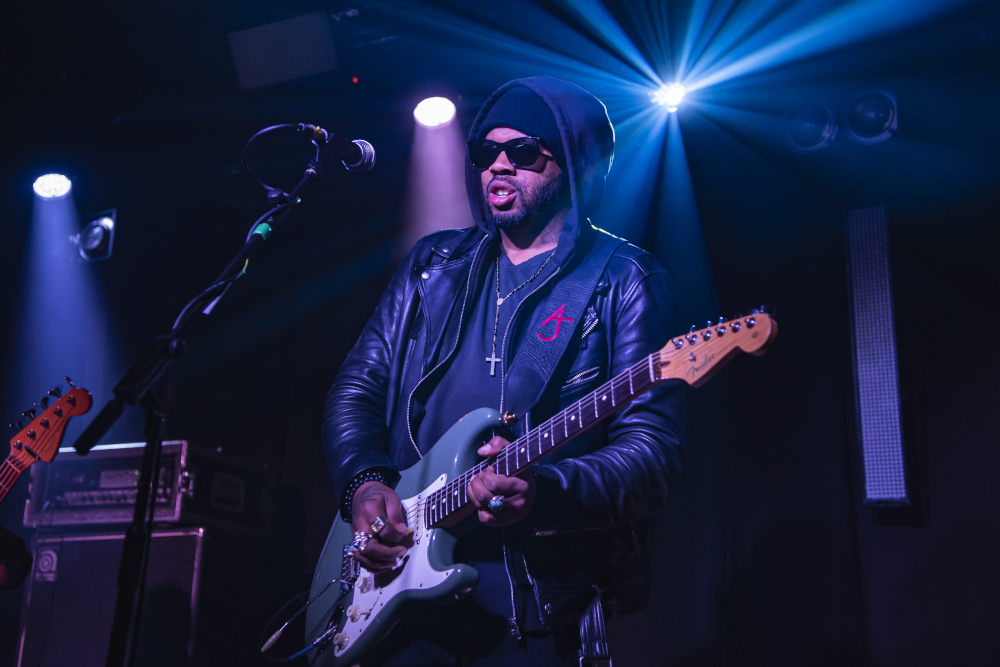 Despite a fluid Slash-style solo of its own, Emily turns down the intensity a little, revealing not just the soulful playing of his high-energy bassist but also a hint of Michael Jackson in Dirty Diana rock vocal mode. With its Lenny Kravitz leanings, the irresistible Supercharged easily lives up to its name, Jones inciting a call and response exchange with the Colours audience.

An aggressive version of Breed pays tribute to his hometown roots, shows off the guitarist’s ability to use his hand as a slide or bottleneck, and lets him put his own stamp on the Nirvana classic with a slower, heavier, groovier instrumental breakdown. The ’70s psychedelia of Spinning Circles immediately brings a lighter touch, before Killing Season slams and thrashes to the degree its name suggests. 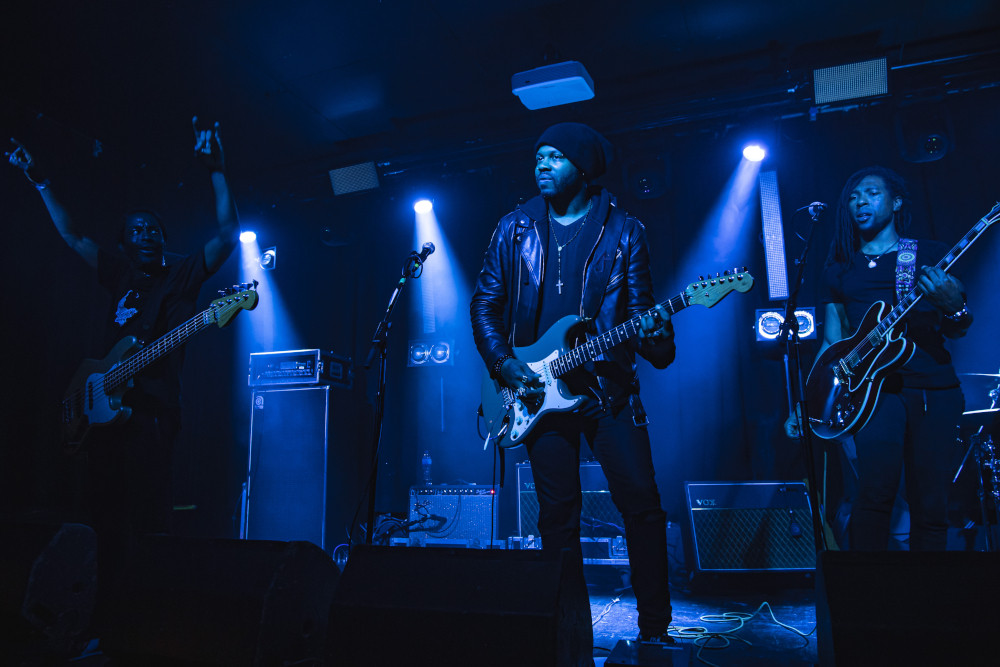 The anthemic Free, with its stop-start, loud-quiet dynamics, is the perfect example of why Jones was picked to support The Rolling Stones in Detroit two weeks ago, while Take Your Time confidently fuses classic rock and soul, before the strutting Hot Friends adds funk to the mix.

On the album, Baptized In Muddy Waters stands out for its Claptonesque riff, but on stage in Hoxton tonight it’s the guitar solo: the drummer throws Jones a drumstick, who then uses it to whack (instead of strum) his strings, before casually throwing the stick back. Changing up the pace and volume, the ballad My Love Remains shows the musician’s ability to write hooks, melodies, and choruses as big as his personality, while giving his rhythm guitarist the chance to take a solo.

An inevitable lighter anthem in future, it’s followed tonight by Child Of The State’s first two singles. The undeniably moving Mercy, with its lyric “Got me on my knees, Too much smoke, can’t breathe”, addresses the BLM movement over a ragged groove and tearing guitars. And the autobiographical Take Me Away fittingly morphs out of Hey Joe (Jones is from the same neighbourhood and went to the same middle school as Hendrix) to round out the main set on an emotional high with its quiet refrain of “don’t give up”.

All that’s left is the self-assured take on what’s probably Prince’s signature song, infused with a rockier, bluesier vibe that honours the original, plays to Jones’ strengths, and has the Colours audience singing along happily.