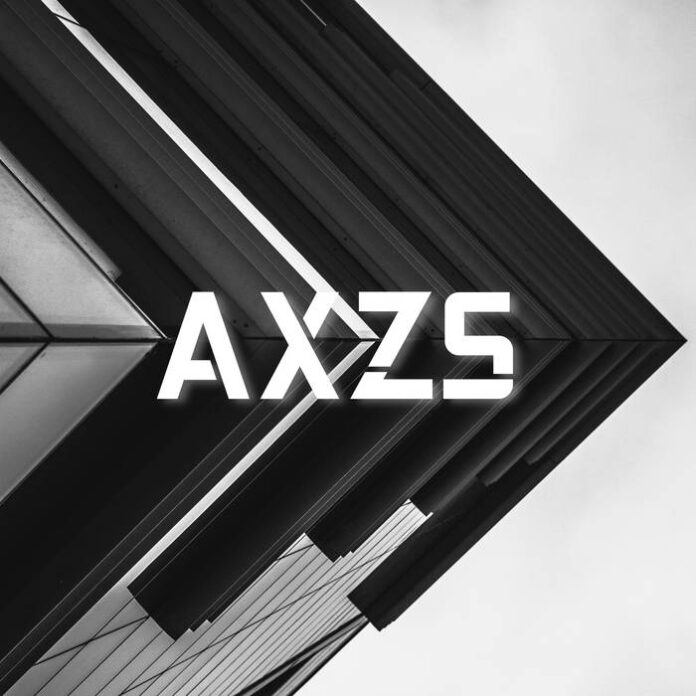 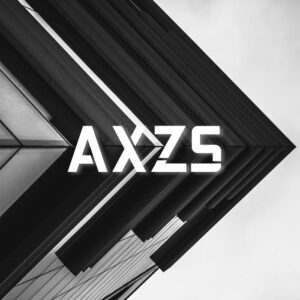 AXZS – When Now Was Null

Born in lockdown, AXZS have come together to produce a six-track EP that is dark, expansive and definitely worth checking out. Gordon Rutherford reviews for Louder Than War.

Remember those strange early days of lockdown? They were times when good intentions ruled the earth. It was like New Year’s Day, but magnified a thousand-fold as we all promised to write that long planned novel or learn to make banana bread. And, just like the onset of a new year, those well-intentioned resolutions fell by the wayside, replaced by cutting our own hair, binge watching Tiger King and consuming tubes of Pringles.

Two London-based close friends and professional musicians were amongst the exceptions. Tim Bonney (from SÜMER) and Kriss Flow (from Zosh Cardo) have been making music together and in their own separate projects for over a decade. Their need for some catharsis inspired them to create AXZS and, quite incredibly, within the space of thirty short days they had composed and produced their debut six-track EP, When Now Was Null. The fact that they have collaborated on this despite being apart and socially distanced is even more impressive.

So, what’s it all about? Overall, the EP is laden with esoteric lyrics and dense beats, all serving to drive a powerful, dark and expansive sound. It feels a bit like Interpol around the time of their classic 2004 release, Antics. In parts, it feels quite Massive Attack. But the biggest influence on the band is clearly Radiohead.

The highlight of the EP is the outstanding LANZ. Reminiscent of Radiohead’s Present Tense, it features a sublime acoustic guitar and electric piano accompanied by an ethereal vocal. It’s a fantastic showcase for AXZS and my only gripe is that it comes in under two minutes. It feels like it could have developed a little bit further. Personally, I would love to have heard more.

In fact, that’s the case with most of these tracks. They are short and whilst that’s not always a bad thing, it does feel like they peter out a little bit. However, I wonder if that’s a very unfortunate downside of working in isolation and we must remember that this was all pulled together in a phenomenally short period of time.

Putting a more positive spin on it, it’s clear that AXZS have used the short song lengths prudently. Every second counts and there is no filler. The eponymously-titled track, AXZS, is a perfect example. Once again, it has the feel of Radiohead with Jonny Greenwood-like guitars and electric piano. There’s also a marvellous transition two and a half minutes in when it morphs from a fragile, delicate piece into something dramatic and intense. It’s an incredibly mature and proficient piece of song writing.

Then we have the marvellous QRTN, on which the duo collaborated with producer Voless. This is the ‘tune you are most likely to dance to’ from this collection. There is a throbbing urgency about the tempo and if there is any justice in the world this track will be filling dance floors up and down the country before long.

ORII is another Radiohead influenced song, with a guitar hook very reminiscent of In Rainbows’ Reckoner. DEVS is a murky, trippy, electronic journey which has an interesting vocal transition. The weight of it feels evocative of Mezzanine-era Massive Attack.

If I have one criticism, it is probably aimed at the EP’s opener, LUKK. To these ears, LUKK was the least representative track of the duo’s overall feel. Not that it’s a bad song – far from it. It’s choc-full of dramatic minor piano chords. It’s baroque and ominous. It feels very portentous and calls to mind some very unusual references. For example, it has a heavy sense of doom akin to the opening moments of Black Sabbath’s frightening debut. As the song unfolds, the dramatic tension increases in a way that is reminiscent of the pomp of Muse. See what I mean about unusual? I don’t dislike the track – quite the opposite in fact. It just feels a little out of step on this EP.

So, what next for AXZS? Happily, they plan to extend the project beyond lockdown and are already planning to tour in 2021. It will be intriguing to check out how this collection translates to a live setting.

In the meantime, we will have to content ourselves with this excellent collection. It’s available to download now and I seriously recommend that you check them out.

AXZS can be found online here. They are also on Instagram and Twitter. The EP is available for special preview on Soundcloud.