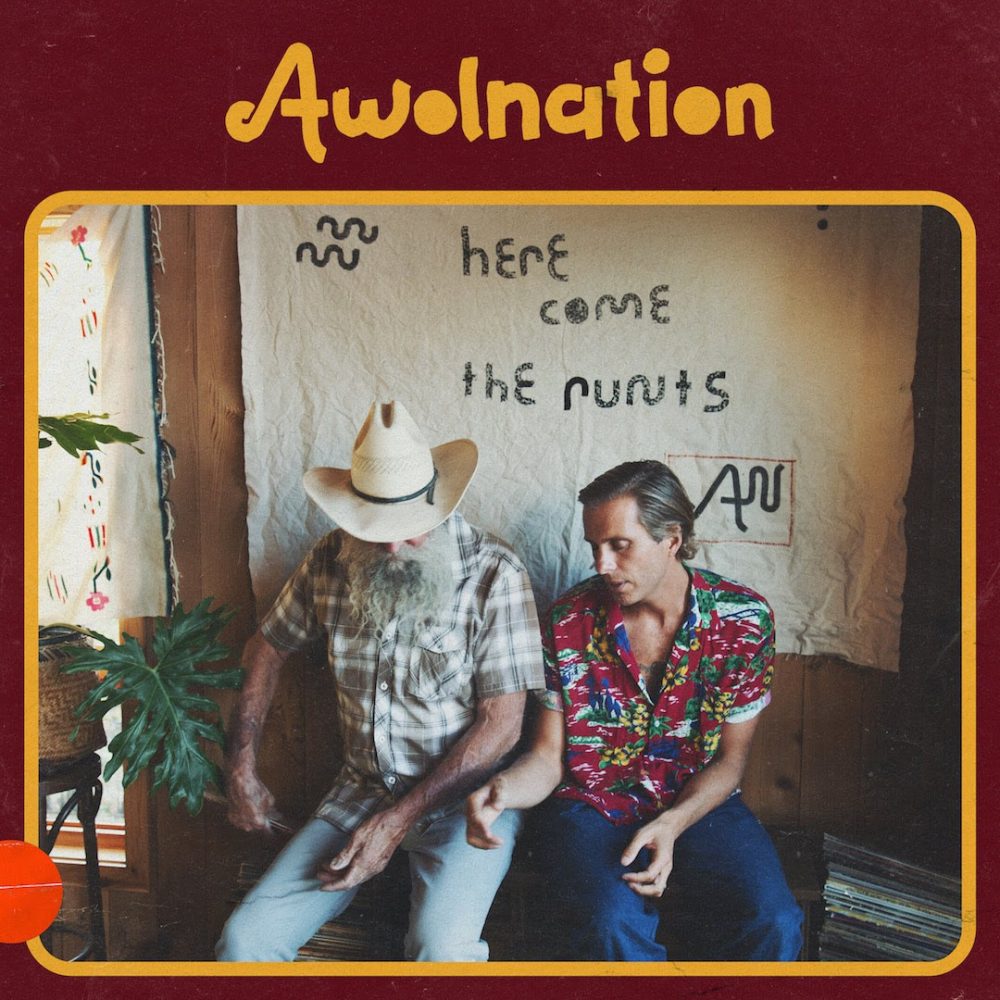 Following up a platinum certified debut and a second album that heralded a No.1 plus a couple more top 5 tracks can’t be a doddle. Multi-platinum artist AWOLNATION release  their third studio album, Here Come The Runts with no pressure eh?

Once again Aaron Bruno is at the helm. To all intents and purposes, AWOLNATION is now his nom de plume. The brand for his solo outpourings. Producer, writer, recorder, he’s gone on record as saying he was after making a proper rock’n’roll/pop album. I guess growing up listening to Springsteen, Petty, The Cars  and Dire Straits, it’s in his psyche and what you’d call a fair amount of prior learning. And yes, inevitably a hint of nostalgia.

Crafting his songs as he nestled in his home studio in the coastal mountain range separating the Pacific Ocean and the suburbs of Los Angeles where he grew up sounds idyllic and the secluded location is reflected throughout the album. The overarching vibe to the album is one that reflects the landscape.

“It’s like a non-GMO record,” he says. All the vocals are natural, no auto tuning nonsense and it’s all real playing. In fact, what he calls  “No fake shit.” The lead track,   typical of the wildly undulating shift of genre and dynamics, gives plenty of clues. Seven Sticks Of Dynamite amounts to a lo-fi passage that evolves into a fuzz charged burst and demented sing song. It features a video that takes the theme of and old fashioned Western movie bar brawl,  with  cameo appearances from legendary tattoo artist Dr Woo, Rick Rubin, and Duff McKagan.

So yes, the whole gamut of styles gets a testing on Here Come The Runts. Sweet Fifties styled surf rock pops up alongside wildly charged blasts of electricity and be prepared to experience a passionate display of vocal intensity. The title track opens proceedings with a fizzing electro beat and sets off a chain of events that whilst not providing something challenging, never reverts to predictable. Although you could possibly see Handyman in the hands of Coldplay.

At one point the thought springs to mind that this could be what Talking Heads in 2018 would or might be like.  In fact, a cross between the manic side of David Byrne, throw in a bit of Prince style falsetto and the occasional rage against something. A tad of ballsy rock, some eighties new romanticism and a bout of almost improvised weirdness surfaces – often veering off at a tangent mid track or in the WTF was that half minute of A Little Luck…And A Couple Of Dogs.

A lesson in how to follow up mega successes? Answer: Don’t try.

You can hear Seven Sticks Of Dynamite from the album here:

You can find AWOLNATION online here