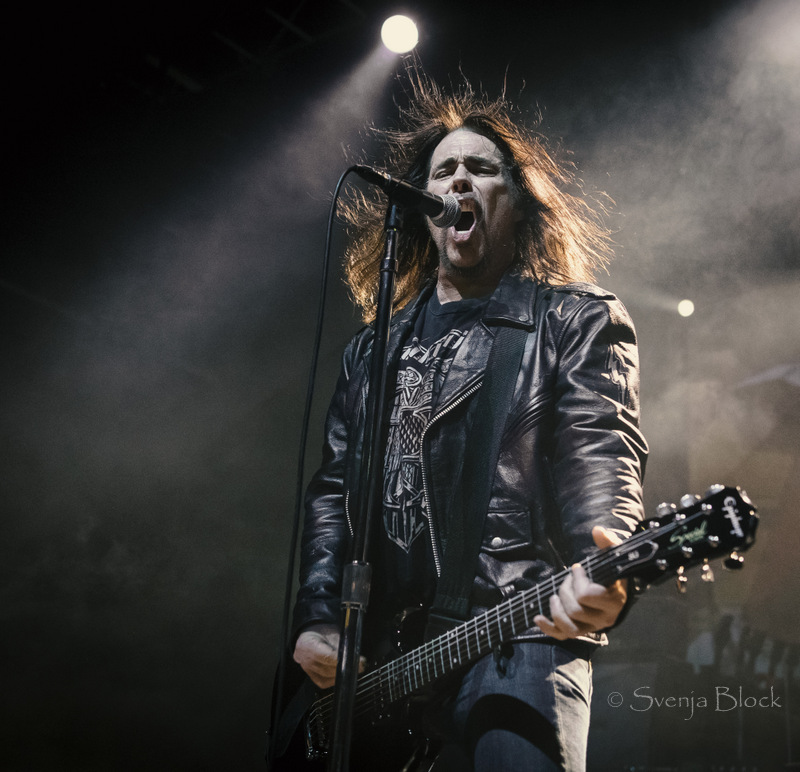 As one of the biggest rock acts of the 1990s, Monster Magnet influenced many bands who followed them and continue to have a loyal fan base. The current tour harks back to their glory days at A & M, and the release of their first two albums on the label, Dopes To Infinity and Powertrip. Supported by Scorpion Child and Orange Goblin, the line-up was a must for rock lovers.

Texan rockers Scorpion Child have a classic sound, and the atmosphere was already electric with expectation throughout their set. There were hints of Rainbow in the electrified set, which went down particularly well in the heaving auditorium. They provided an exciting and popular start to the evening.

The next band, Orange Goblin, were on home turf. Their seething brand of metal brought the crowd to life, with tracks like ‘The Devil’s Whip’, ‘Stand For Something’ and ‘They Come Back’ provided suitable head banging material for the members of the pit in front of the stage. Previously known as Our Haunted Kingdom, the band have been wowing the rock scene since 1995. The experience showed, with singer Ben Ward working the crowd like a pro, whipping up a frenzy of appreciation as he went. Finishing on the excellent ‘Red Tide Rising’ the crowd were well primed for the headline act.

The crowd were wild for Monster Magnet from the moment they walked onto the stage. Starting with ‘Crop Circle’ and a brilliant crowd pleaser in the form of ‘Powertrip’, Dave Wyndorf pulled out all the stoner rock stops, By the time the space rock psychedelia of ‘Look to Your Orb For The Warning’ peeled the years away it felt as if ‘Dopes to Infinity’ had just been released, the sound still as visceral as ever. All the classic tracks made their way into the set and Monster Magnet played with guts and verve, showing few rock bands will ever match them in mastery of their craft.

Finishing a stellar set with an epic ‘Space Lord’ sing along, the crowd barely had time to calm down before they were assaulted with an encore including ‘I Want More’ and the most essential of anthems ‘Negasonic Teenage Warhead’. This was a live performance fans will remember for a very long time.