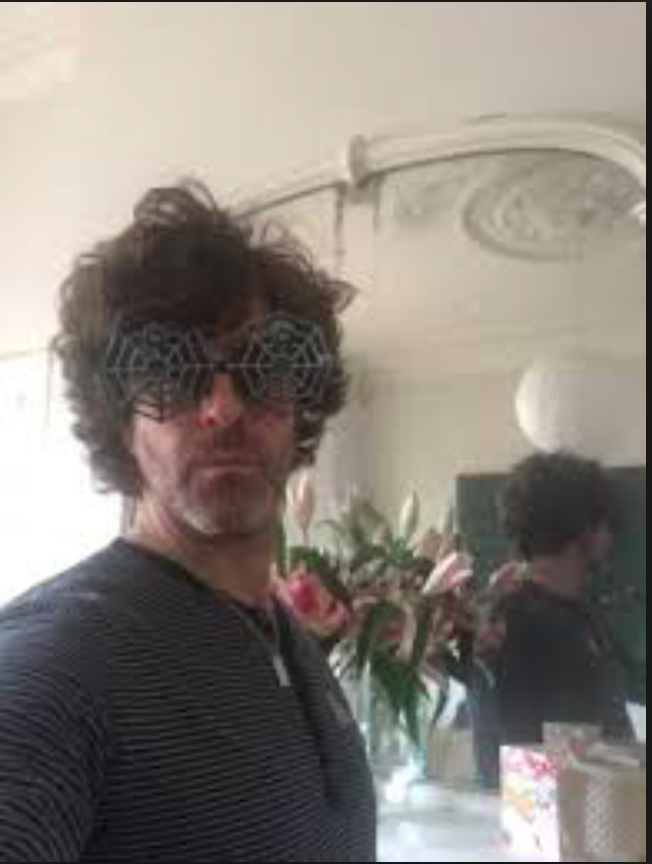 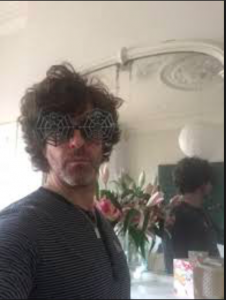 Pete Wilkinson is one part of Psyc-Rock-Blues outfit Aviator. Having released outstanding material for the last number of years they are set for more action in 2018. Here Matt Mead catches up with Pete to talk about Aviator, his time in legendary acts Cast and Echo & The Bunneymen, plus which Beefheart he prefers! 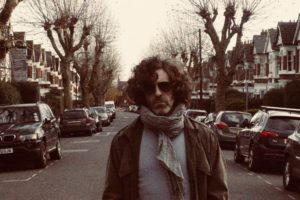 “The first music I ever listened to was a record that I played over & over on a jukebox in a club in Adelaide, Australia.  I would be about 3 or 4 and my mother worked there, she’d give me money to put in the jukey to keep me outta mischief I guess.
Anyway, the song I’d play on heavy rotation was Durham Town, Roger Whittaker. Loved it . That’s my first musical memory.
After that, it was listening to Red Rose Speedway by Paul McCartney’s Wings, still aged about 4, on my brother’s tape player .”

“The first serious music I got into was punk. I was 9 in 1979 so just the right age to be massively influenced by the clothes, the attitude and most of all the D.I.Y element of punk.
My brother, Ian, was bringing home records most Fridays and he’d let me listen. The first LP I bought was Another Music In A Different Kitchen, Buzzcocks. I still own this record.
Tunes like fast cars & moving away from the pulse beat captivated me
Also, my brother took me to see Siouxie and the Banshees at The Liverpool Empire. The Cure and Spizz Energie were support. There my love of The Cure was born that night. Absolute forming years”

“I began trying to play instruments around this time also. I had a set of drumsticks that I’d bash along to records on my bed. Ian had a guitar which I’d sneak into his bedroom an’ try and play. Eventually, I started to look at bass and in particular JJ Burnel of The Stranglers .
His whole vibe was incredible and the sound he got was mind-blowing.
Met him once and he was awesome. Really lovely, generous guy .” 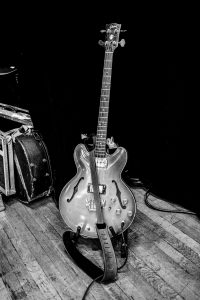 “Eventually having decided on the Bass I stayed in my bedroom for two years learning everything and anything I could, leaning into Talking Heads and in particular My life in the bush of ghosts ( David Byrne & Brian ENO ) lead me to start listening to some jazz, Miles Davis, John Coltrane & Weather Report. I started a diploma in jazz and really got into it. By the 2nd year I was getting disillusioned and that’s when I was introduced to Mick Head.
“After a week of meeting Mick , was playing Bass for Shack. I went from Jazz bore to full on band member in a week. Within a month we’d already recorded Als Vacation and I Know You Well. Both becoming singles. Waterpistol was the 1st album and studio experience I had, a real baptism and probably my fave record I’ve played on.”

Fast forward to Pete’s time in Cast “I’d previously seen John Power playing with The La’s and kinda knew him to say hello to. I think John saw me at the picket with Shack whilst he was in The La’s. John started getting frustrated with re-recording the debut album and thought why not start my own band.
I’d seen John play at a free festival playing his own tunes. He played Sandstorm, Follow Me Down and I was blown away. To be asked to start Cast with him was a dream come true, I was a massive La’s fan like everyone else in Liverpool at that time , and thought John was a very cool dude . His fat Freddie’s cat tshirt , suede jacket and Dylanesque look was a winner .”

“My happiest time being in Cast was when we all would go to John Entwistles estate in the Cotswolds. We would always do extra tracks there with Bobby Pridden , The Who’s moniter engineer. Almost every night John E would instigate a party, It was an absolute dream to be sat at his bar, he had a bar in his house, with one of the greatest bass players to walk the planet. Some nights we would have bass wars . Him playing bass then me . Fucking wiped the floor with me but what an honour. Special memories”

“Cast called it a day in 2001 and about a week later i got a call from Echo & the Bunnymen saying they needed a bass player and was I interested!? Damn right I was . Very easy for me as I was obsessed with The Buns in my teens so it was simple to step up.”

“There was a moment I was asked to sing the whole set as Ian had lost his voice ( I’ll leave that to peoples imagination as to why he’d lost his voice ) Anyway , it was a crowd of about 70,000 American festival fans.
As you can imagine it didn’t work out and we played two songs , Lips Like Sugar and Rescue before the crowd realised it was me singing not Ian.
Shoes, coins an’ beer cans headed towards the stage. We left.”

“On the flip side, We did a festival, similar capacity and it was the best gig I ever played, dusk, sun setting and we played killing Moon at this moment. Everyone knew it was special. I turned towards the monitor guy and there is Robert Smith ( the Cure ) all of Duran Duran and god knows who else watching. At the end of the set Ian just said ‘Follow that’. Perfect ending to a perfect gig.” 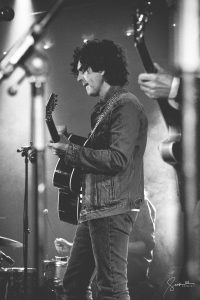 Fast forward again to Pete’s new project “Aviator came to life towards the end of Cast . I’d been writing songs and had amassed an albums worth but really no idea what to do with them.
Songwriting duties was Johns in Cast so there wasn’t room there.”

“Paul Hemmings ( The La’s , Lightening Seeds ) had a label with Mike Badger and we just got chatting. I mentioned I’d been writing and he said why don’t you come along to the Viper studio and record a couple of tracks. A couple of tracks turned into an album and they, Viper , were keen to release it. I was not so convinced , due to a very negative view of myself, but agreed and it was received really well by Q & Mojo reviews etc… I’ve just continued to write mainly as an outlet and expression of experiences & events.
Eventually, I always end up with an albums worth and we’re about to release the 4th Aviator studio album.”

“As I’ve mentioned above writing influences come from events and my own experiences. The Darkest Light 7 inch which we did early on in the year came from my own self doubt , self medicating dip. The Darkest light being hope, Also there’s people I’ve worked with. Mick’s observational angle , Macs cryptic use of language and JPs use of melody. All play a part wether consciously or sub-consciously.”

“Up to date my musical influencers would be bands like War on Drugs , BJM and I’m always going back to my youth, Bunnymen, Love etc… I Went to see The Lemon Twigs recently who blew my mind. Fantastic musicians, great songs and great live band .”
“The new album is finished and was definitely the hardest to date. A lot of stopping due to troubles, dips in mood and general life stuff. I feel it is a good representation of a difficult period , quite dark but always with light and hope. Mark Neary , producer and band member, has done a brilliant job. His work outside of Aviator really influenced the latest album. In fact it almost feels at times very much his record which is great. There’s a surprise on the album which is very much Marks idea and influence. We’re hoping, planning for a Feb/March 2018 release. The new year will bring a hometown gig and hopefully others in London and around .” 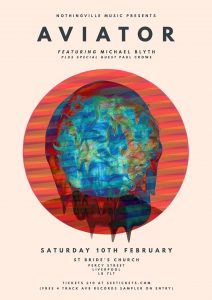 Finally , a question of high importance. Which album is Pete’s fav. Safe As Milk or Trout Mask Replica?

“Cast , as a collective spent a lot of time listening to Safe as Milk but for me I’m goin to say Trout Mask Replica. It feels like a piece of art.
From the back story, locking the band up for months to recording in an afternoon to the unmistakable artwork.We will never see the likes again”