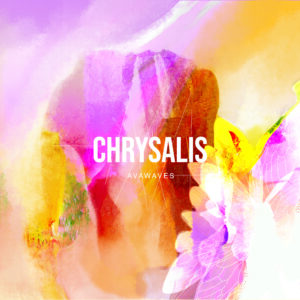 Pre-order from One Little Independent Records

Dream-like, ethereal and stunningly beautiful. Chrysalis, the second album from AVAWAVES, is the perfect way to lose yourself in those darkening Autumn nights. Gordon Rutherford reviews for Louder Than War.

Perhaps I’ve just been more attentive, but it seems that this year has been quite the vintage for modern classical releases. And now, as we breathlessly stumble around the last few laps of this annus craziness, we are gifted another delicious slice of bliss. It comes in the form of Chrysalis, the sophomore album from virtuoso duo, AVAWAVES. Comprised of violinist Anna Phoebe and pianist/producer Aisling Brouwer, AVAWAVES describe their sound (pretty accurately, as it happens) as “rooted in cinematic narratives”. One listen to this latest release and you will get what they mean. Chrysalis is a collection of ten tracks, and each and every one conjures up the most vivid imagery in one’s head.

Of course, Chrysalis was created under a quite different set of circumstances from AVAWAVES’ promising 2019 debut, Waves. Like the rest of the world, Phoebe and Brouwer were effectively locked down throughout 2020. Isolated in different countries (Phoebe is German/Greek/Irish and Brouwer is Dutch/Irish), they were forced to write and record separately from each other. Perhaps the disjunction of the duo has, in some way, embellished the AVAWAVES sound somewhat. Possibly the fact that they were forced to work remotely drove them to compose these pieces in a way that led to them becoming so visually stimulating, with those ‘cinematic narratives’ dominating.

Upon first listening, one is immediately struck by the sheer technical brilliance of this elegiac, shimmering work of beauty from Phoebe and Brouwer. Really, we shouldn’t be surprised at that, given their respective CV’s. Phoebe has played with an incredibly diverse range of artists, from Roxy Music to Trans-Siberian Orchestra; the Royal Ballet School to Jethro Tull. Furthermore, she will appear as a guest on Jools Holland’s forthcoming album. Brouwer’s credits are no less impressive, having scored the BIFA-nominated anti-racist feature, White Riot. She is also currently writing the soundtrack to Lioness, Helena Coan’s movie about British boxing champ, Nicola Adams.

Now they have united for a second time to bring us a body of work that skilfully combines all of their experience and abilities; fusing Brouwer’s delicate and atmospheric keys with Phoebe’s sumptuous, moving strings to create this collection of wonderful tracks. Much of Chrysalis has an otherworldly feel, like wandering in a garden on the other side of reality. The duo themselves describe it as “a heightened dream-like utopia”, and it is. It’s like Shakespeare’s A Midsummer Night’s Dream stripped of the nonsensical parts. 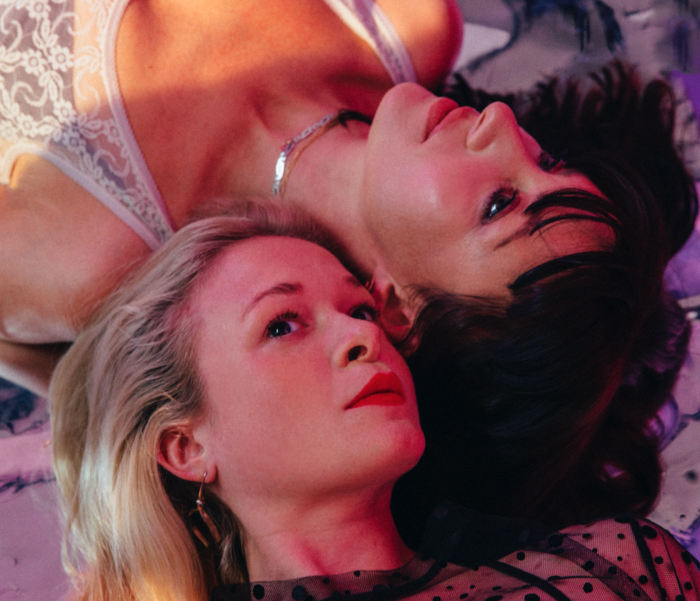 The album opens with the rippling piano and swelling strings of the title track. It builds and sweeps with purpose and intent, rhythmically gathering pace as it progresses, evoking images of horses galloping across the downs. That sense of urgency and decisiveness makes Chrysalis the perfect opener to the album. The following tracks, Seahorse and Danu, are equally purposeful, albeit a little more restrained. But as Chrysalis unfolds, we find it to be an album of diversity and variety. For example, the beautifully melodic and succinct Before We Wake is haunting and ethereal, with a piano melody that reminds me of Patti Smith’s Because The Night. Phoebe’s violin brings another influence to play on this track, as it seems to flirt with the melody of First Aid Kit’s Silver Lining. These stimuli meld magnificently, dancing with each other to create a wonderful couple of minutes.

Then things take a quite different turn altogether. On Midnight Bird, we are treated to the gorgeous, soaring vocal of YVA. It’s an incredible track, an almost perfect piece of pop music, that combines the music of AVAWAVES with that incredibly powerful voice of YVA. This is followed by another outstanding track in the shape of the poignant Lucid Dreaming. Apparently, this track was recorded remotely in complete darkness, in order for Phoebe and Brouwer to visualise each other as clearly as possible. Once you know that, you can imagine how the track sounds. It is wistful and contemplative, with the cello of Philipp Thimm bringing another mournful dimension. Holistically, it feels like a trawler carrying an entire hold full of sorrow.

The pièce de résistance of Chrysalis, however, comes in the shape of the gorgeous Emerging Flight. It begins with Brouwer’s elegant and delicate piano deliberately picking out the notes and when Phoebe’s violin enters to accompany it is like being carried upwards to the heavens. I mentioned earlier that Chrysalis has the capacity to paint pictures in one’s mind as you listen. Emerging Flight achieves this even better than any other track. Utterly transfixing, it is like gazing into a glacier of crystal droplets, shimmering and glistening.

Chrysalis is, quite simply, a thing of beauty. Like a precious artefact, you want to gaze at it for hours, to hold it and cherish it and never let it go. It glistens and shimmers and it is absolutely perfect listening for those darker autumn nights, when you have the opportunity to lose yourself in its layers of tantalising exquisiteness. It is evident that, individually, both Phoebe and Brouwer are incredibly talented musicians, composers and producers. Here, as AVAWAVES, the whole is even greater than the sum of those parts. I’m just hoping that they continue to collaborate so brilliantly.